Semantic group is a form of a container which enables you to group your data (sensors’ feeds/actuators/alarms) not by devices, but by your own logic.

For example, device 1 has two feeds/sensors: temperature and humidity, device 2 has one feed/sensor: pressure. Both of the devices are located in the living room. Therefore, you can put these three feeds in the same semantic container and name it Living Room.

There are two different ways in which data semantic group is presented in WolkAbout IoT Web application:

Data semantics module allows you to regroup devices’ data in so-called semantic groups. It is located in a separate module in the main application menu. 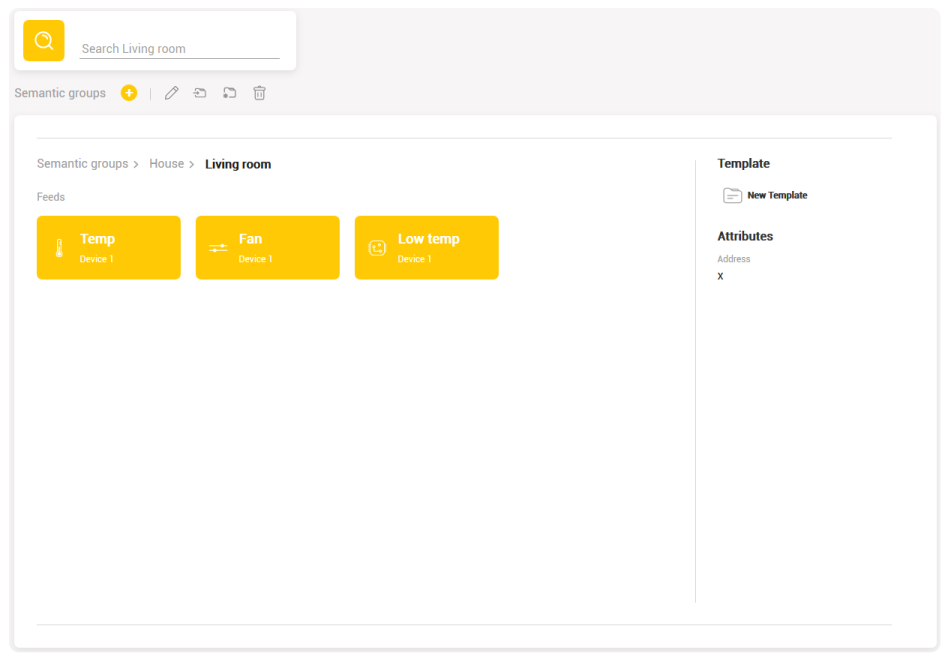 Dashboard data semantics widget enables you to see real-time data of certain device(s) on a dashboard.

Semantic groups are organised in form of tiles where the main semantic group (parent group) can contain an infinite number of semantic subgroups (child groups) in which you can add data (sensor’s feeds, actuators, alarms and attributes) you want. 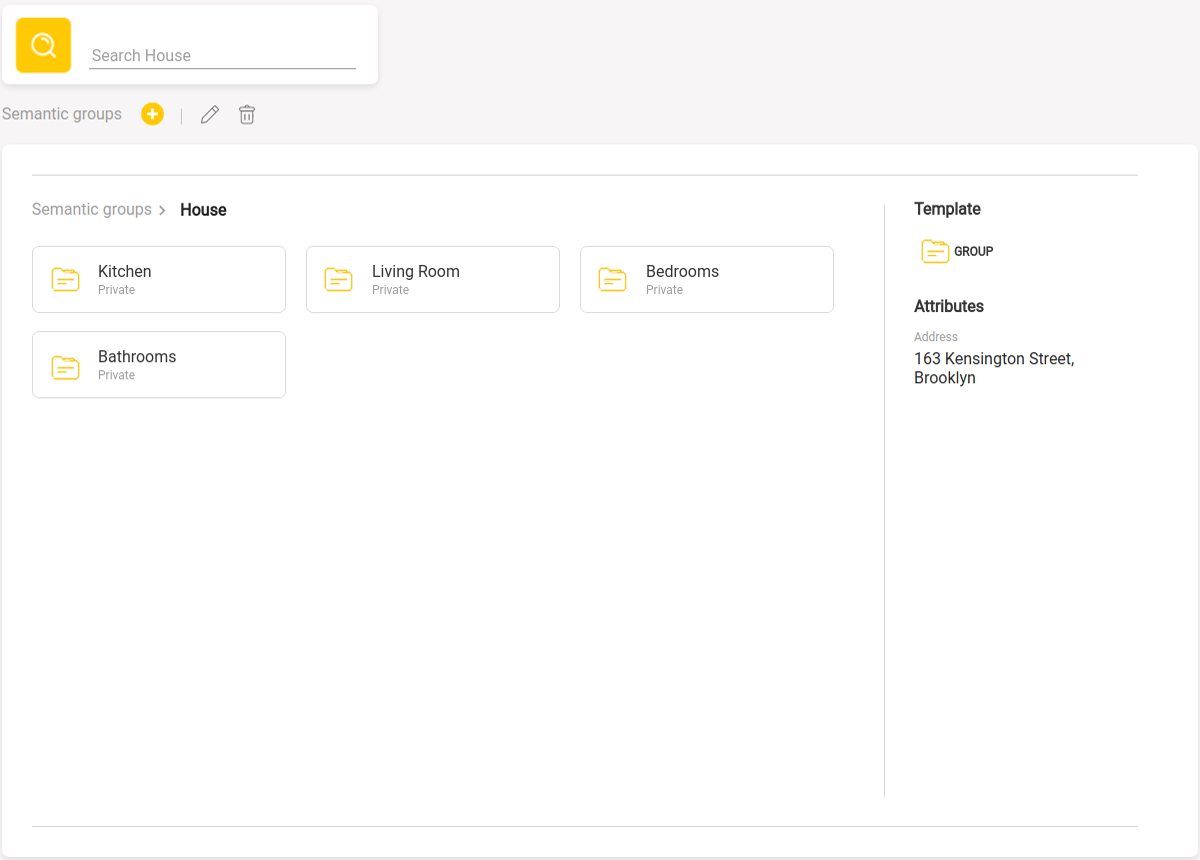 To clarify how to apply Data Semantics, we have to go back to Create device step in managing IoT Platform. After you have successfully created your device (for further information on how to create your device, please refer to Device Management section of this manual), it will be displayed on the main Devices page, as well as in Data Semantics module of the Platform as a default semantic group.

To navigate through Data Semantics page:

In Data Semantics tab, there is Data view box which displays default mapping i.e. lists all the devices and their sensors, actuators and hardware alarms you have created and/or have the access to on the Platform.

If you click on the button next to the device name label in the view box, it will expand/collapse a list of sensors, actuators and hardware alarms of that particular device.

Semantic groups view box is the space in which you create your hierarchy by organising data of one or more devices into semantic groups defined by your own criteria (e.g. sensors’ physical place - living room).

Above these two view boxes are Search data and Search groups boxes which help you search the data and the groups by typing their name in the search boxes. Additionally to that, there are two tabs on the main page of the module Data Semantics and Templates. You will be directed to Data Semantics tab initially when you enter the module for the first time.

Templates tab displays all the templates you have created or have the access to. Both in Data Semantics and Templates tab, semantic groups are in form of tiles.