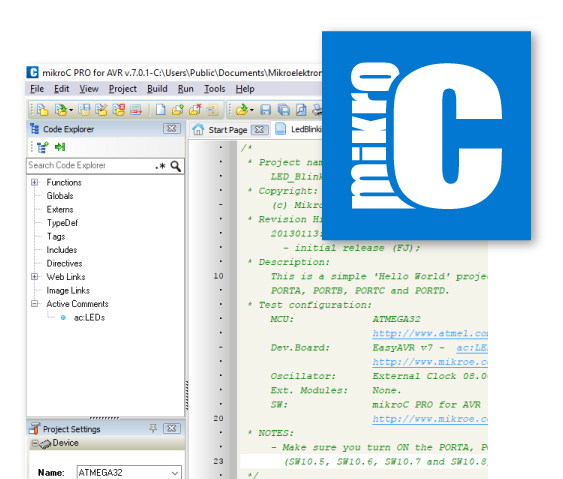 You will love mikroC!

mikroC offers a unique mechanism to easily use libraries in your project, just select the libraries you need and they will be instantly available in your code. No need for dozens of #include directives. You can also install and manage third-party libraries using our package manager and library manager. 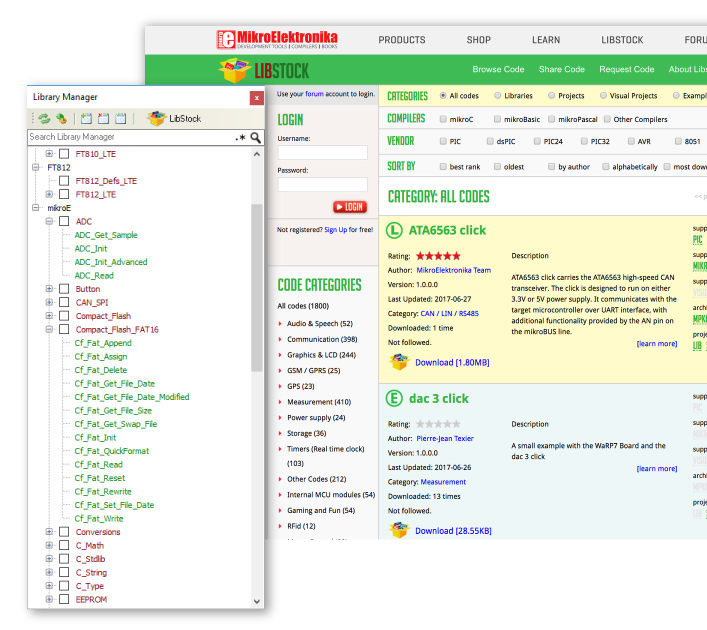 Every single library that is in our compiler is covered by a working example. More than 109 ready-made working examples, to help you understand how the library works or give you useful code snippets for your project.

The mikroC PRO for AVR currently supports 207 AVR and we are constantly adding new ones. 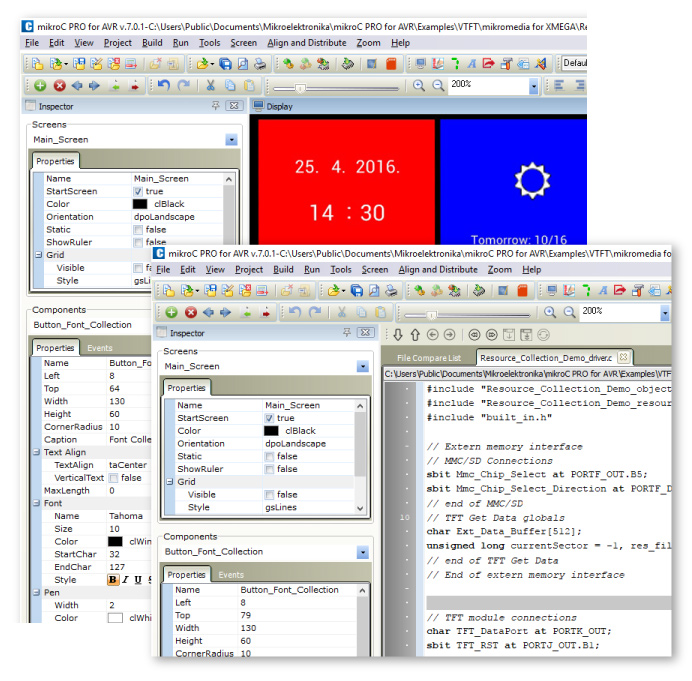 Visual TFT supports 17 TFT controllers and multiple different display resolutions. So, we even have the hardware prepared for your next graphic project. 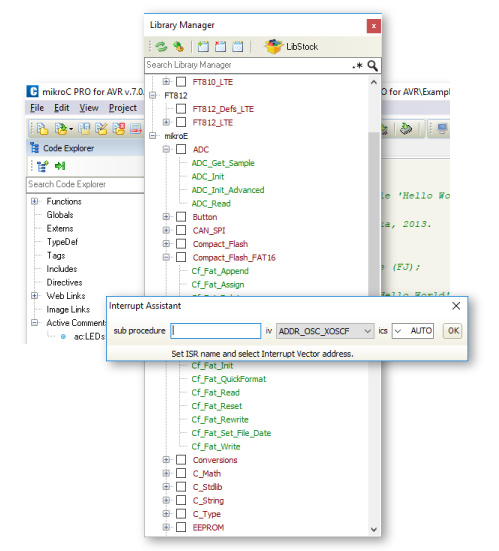 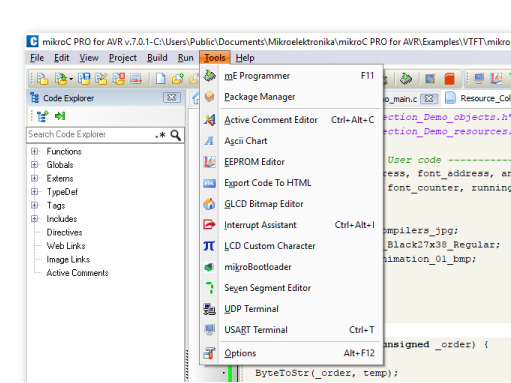 mikroC comes equipped with fully-functional software tools that can boost your efficiency and do the job for you, so you can be more productive in your work: LCD Custom Character Tool, GLCD Bitmap Editor, Seven Segment Editor, UART Terminal, UDP Terminal, HID Terminal, ASCII Chart, Active Comments Editor, Interrupt Assistant, Advanced Statistics and much, much more. 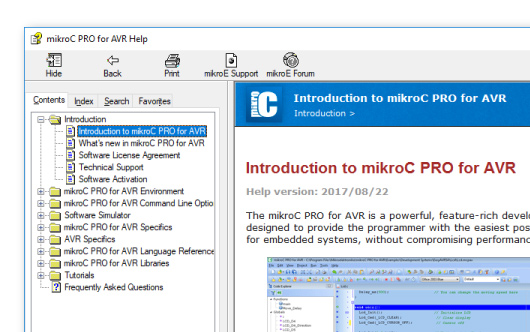 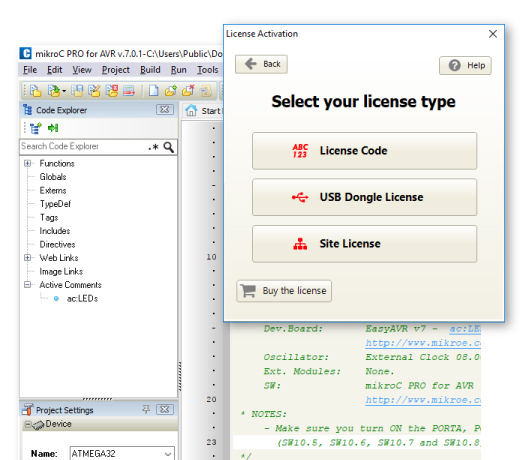 Manage all your data quickly and easily. Make the workspace comfortable and suited to your need. Use the default layout of the IDE, or arrange the windows manually. Navigate through all the projects you are working seamlessly and save time with the intuitive IDE of the mikroC compiler. 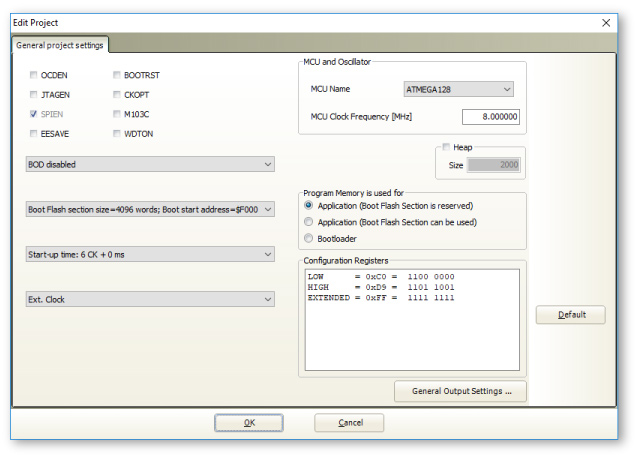 Only mikroC offers the unique mechanism to easily use any available library in your project. Special OneClick technology allows you to speed up your development. 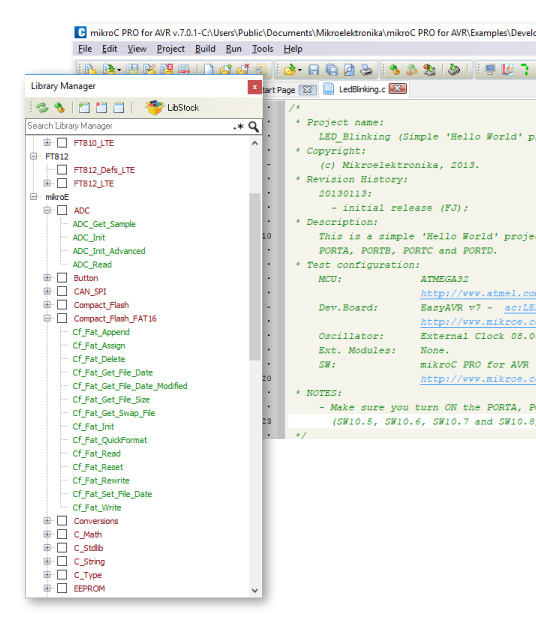 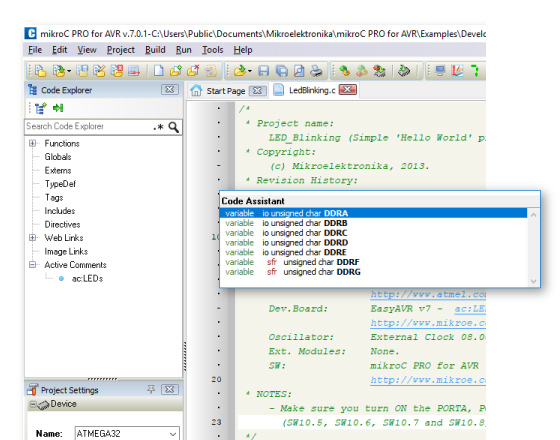 Focus on your code, and let the syntax write itself correctly. Write function calls with one click of your keyboard. Code assistant in mikroC PRO for AVR also suggests correct names of constants, URLs, Active comments and variables, so you have it all covered. You don’t ever have to get another Syntax error message. 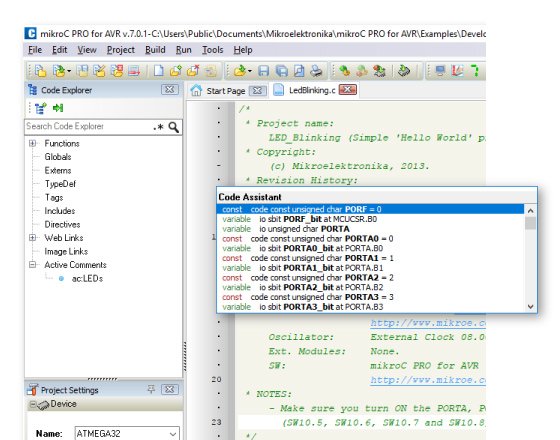 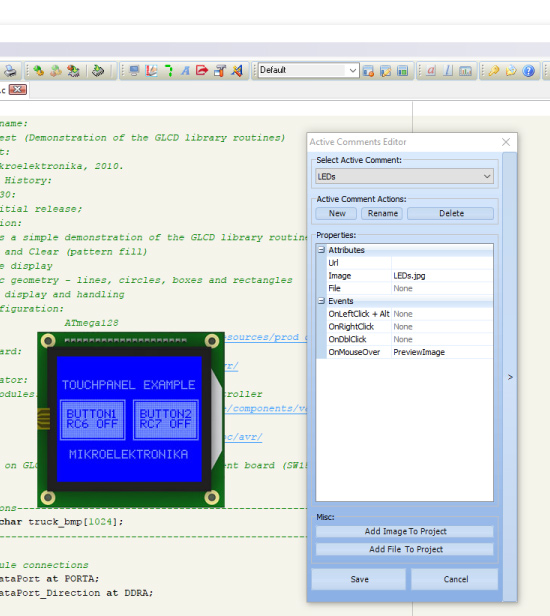 We have developed Active Comments - a unique feature of mikroC PRO for AVR. Any comment can become your multimedia event hook. 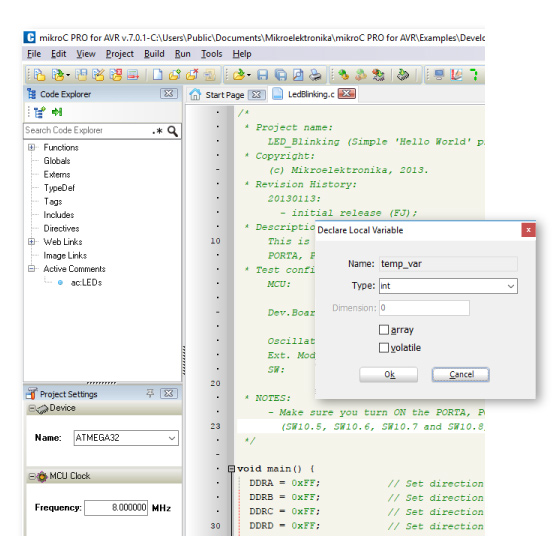 What’s the point of a compiler if you have to do all the hard work yourself. mikroC PRO for AVR offers you several most useful integrated tools that will help you get the job done with minimum effort. 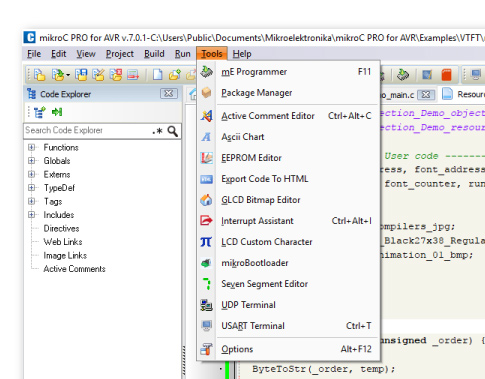 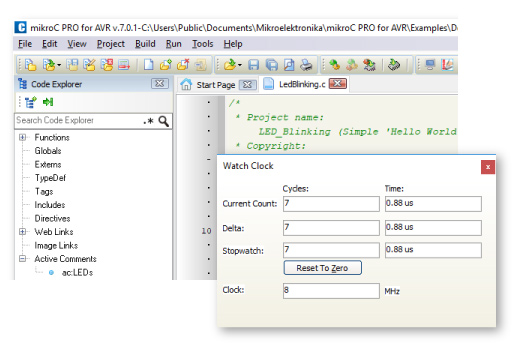 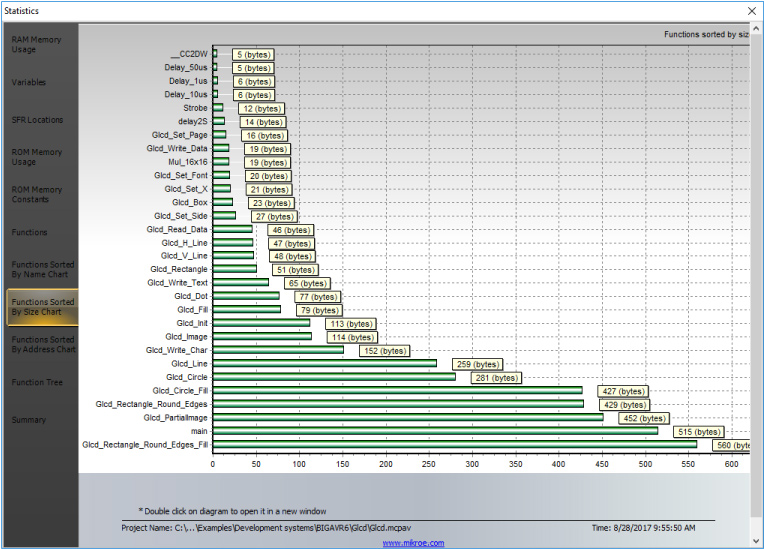 After you build your project, you can always look under the hood with mikroC’s Advanced Statistics. It is a powerful tool that visually describes most important information about your project. 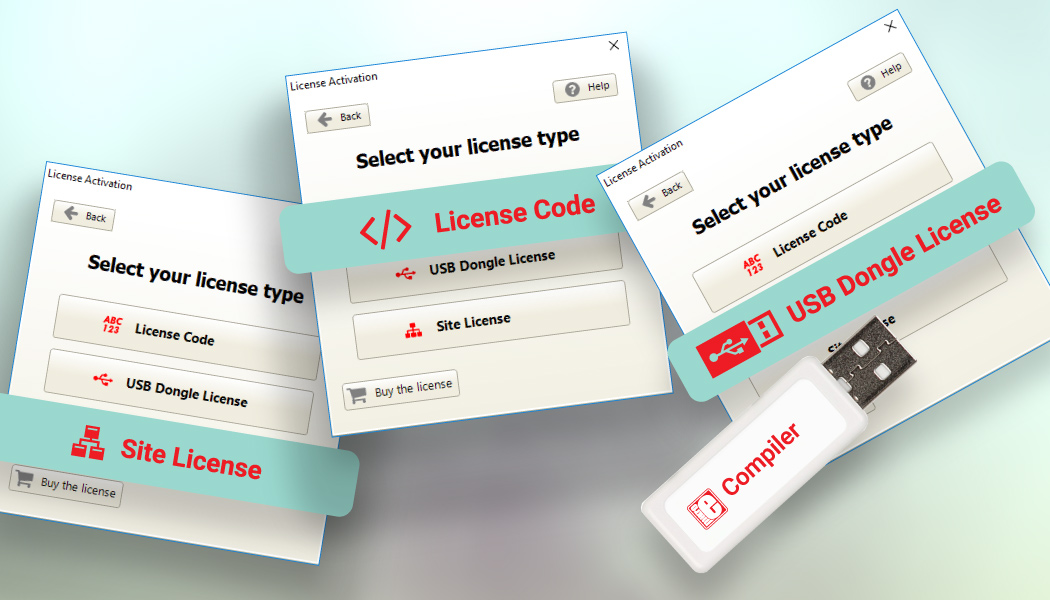 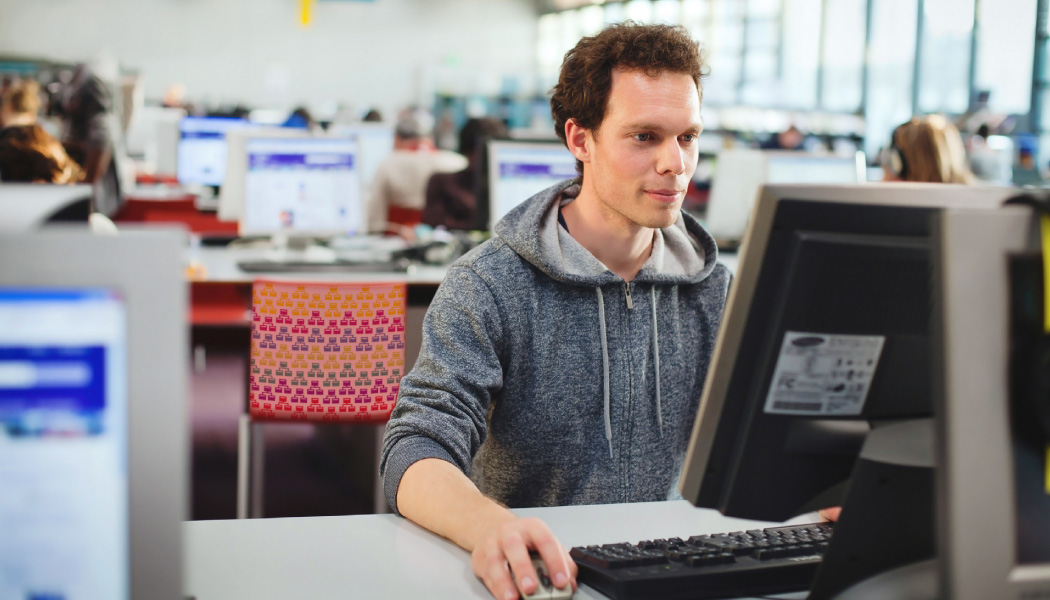 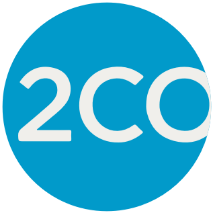