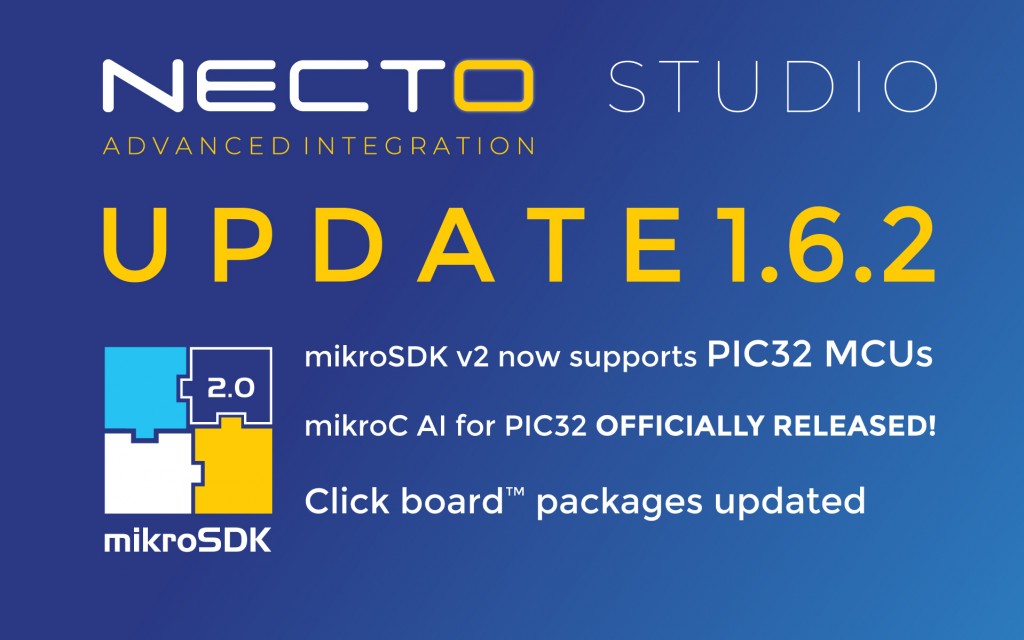 After only a month since the last update and the release of AVR compiler, we are taking another huge step forward.

Like always, our Software team brings you some great news:

The highlight of this update is integration of 32bit Microchip PIC32 family MCUs into mikroSDK v2.

Take your favorite PIC32MX or PIC32MZ MCU, and give them a test drive today, with mikroSDK v2 powered by NECTO Studio! 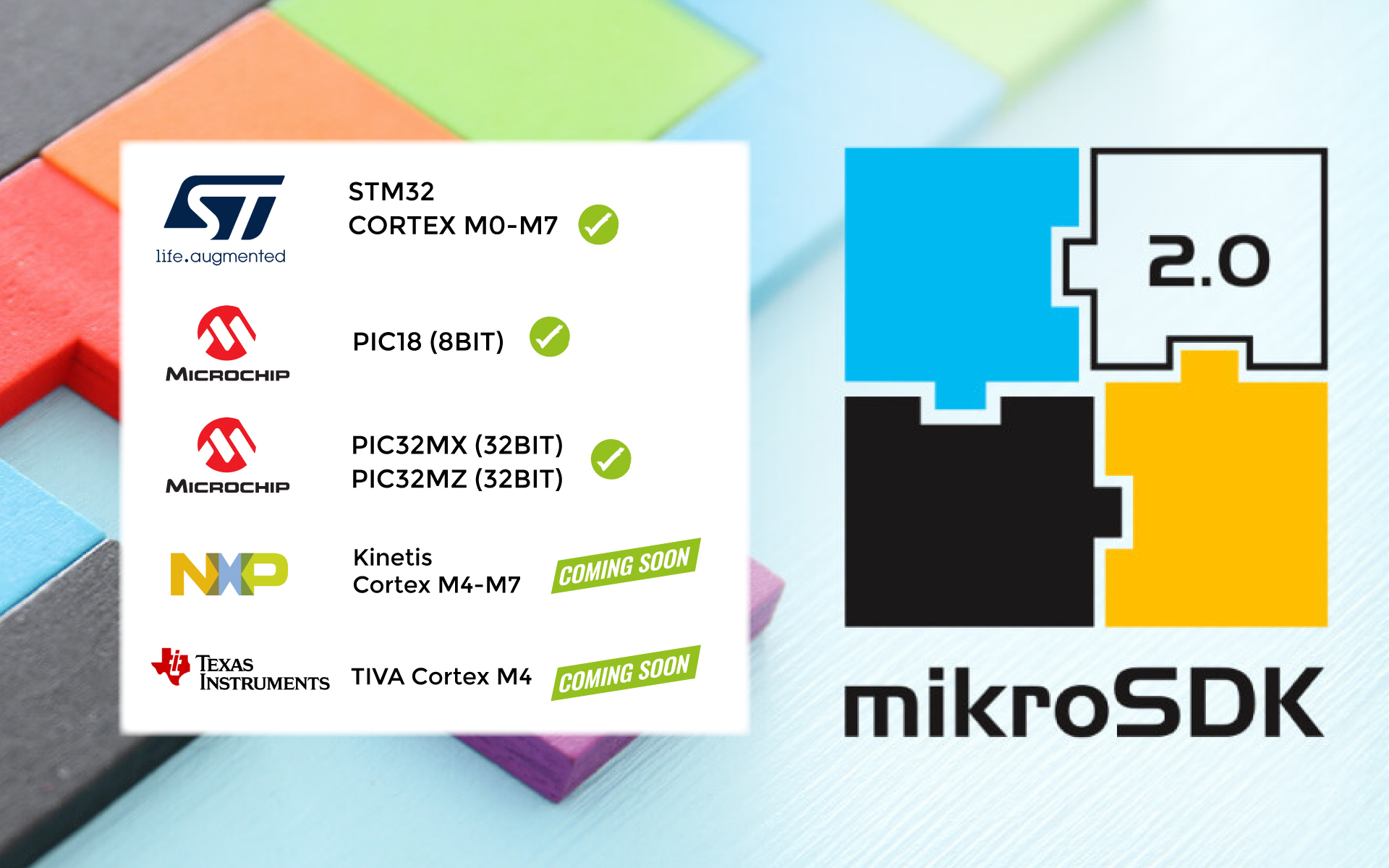 After extensive testing and developing complete mikroSDK PIC32 support, we are happy to announce that mikroC AI for PIC32 is coming out of the beta phase, and it is officially released!

Fast on the heels of our 1000th Click board™ we have prepared another major update. All Click board™ packages available in NECTO Studio have been updated with PIC32 support.

So, don't waste any time, go to NECTO Studio Package Manager, install it, try a Click board™ of your choice, and enjoy the newly added PIC32 architecture.