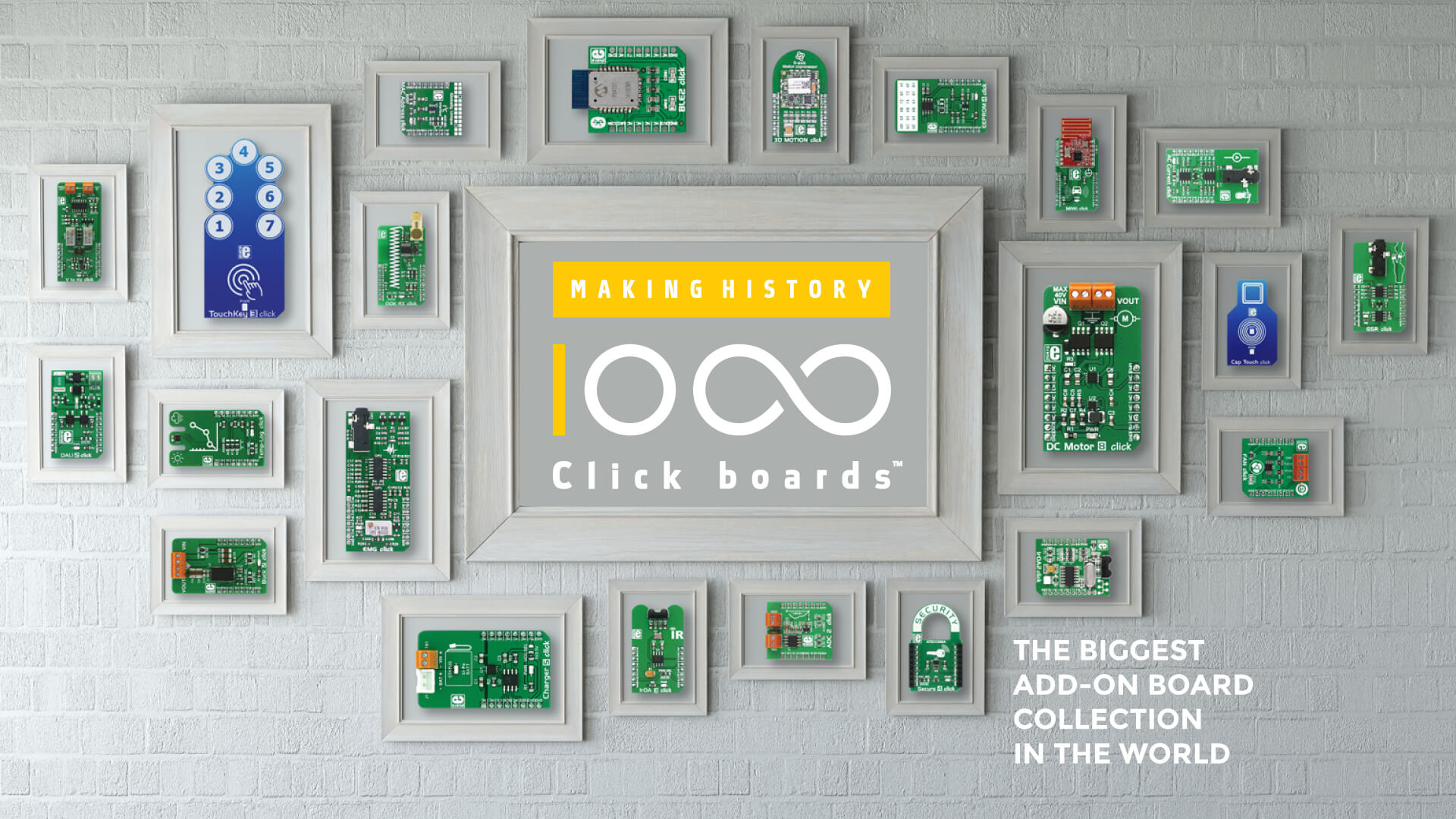 In the last ten years, being number one at making an infinite number of possibilities for our engineers has allowed us to have our name go down in the embedded history. We are very proud of this achievement, and we want to invite you to share our success story, as you are a part of it.

The very first Click board™ was conjured up in the brilliant mind of Mikroe CEO and founder. He was thinking about how he could help his fellow engineers achieve more in a shorter time, and the idea was born to reduce the time invested into the peripheral steps of creating a product, allowing engineers to focus on important, essential programming and development.

From one man's
idea to a dominant
add-on board
standard 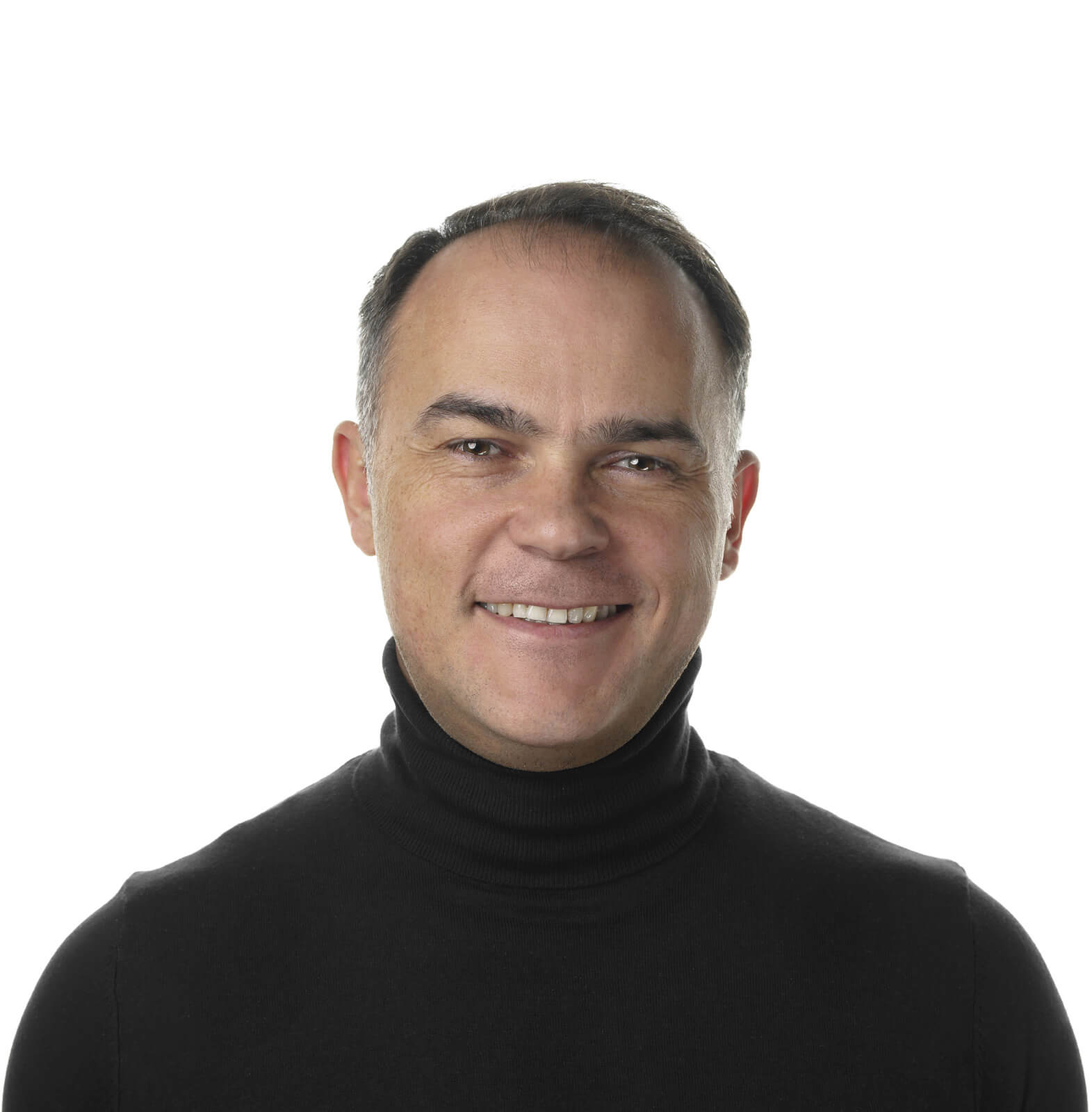 How did you come up with the whole mikroBUS™ standard which Clicks boards™ are built on? Well, at the very beginning, development boards are substantially similar: they integrate a microcontroller, power supply, tact switches, LEDs, pins. The features that differentiate development boards are the peripherals such as UART, 7-seg digits, RTC, Relay, ADC, EPROM, and the like. A different project, however, requires that a different peripheral is used each time. If peripherals on a single board could be changed, its functionality would improve significantly. Presented with the problem, I started looking for a solution: how to change peripherals easily and what to add to a board to be able to do so. I remember the very moment when I hit upon the idea of the mikroBUS™ standard - the very first drawing of it I made in the sand and later on a piece of paper. In fact, my family was on holiday in a hotel - Hillside -Su - in Antalya (Turkey), and the hotel played a key role in the story of mikroBUS™ standard: there was a play area for children and an even better one – in the shade and roomy - for babies and for my papers and data-sheet. Amid the papers and babies, as I was keeping an eye on my five-year-old daughter Lena, mikroBUS™ standard came to life.

How did you came up with the name "Click" and how did you decide what the product would look like (its shape)? The name 'Click' has been chosen by one of my colleagues a long time ago. It should present the kind of actual sound you get when you place the Click board™ into the Development Board. 'It just Clicks' is a marketing message we like to send. The shape and end-dimension of the Click board™ posed a great challenge. Now that we have made 1000 Click boards™, it is easy to notice that all WiFi, LTE, BLE, GSM, GPS modules, OLED screen, and 7-seg digits fit Click boards™ perfectly, and that the size is right. However, dimension check requires that the components and modules classification on a single Click board™ be reviewed and several hundred datasheets be opened. I take pride in our solution: this part of the Click boards™ story looks like a simple task; however, without it, there would be a great decrease in the number of Click boards™ created.

Who was the first person you told about this idea/concept? What were their first reactions? Back at work from my holiday, I called a meeting and presented my idea: I spoke about the pins I chose and why I chose those very pins; I explained what the overarching goal was and provided other relevant information. It was in that meeting that we revised the statement and increased the functionality of the mikroBUS™ standard by adding a few more pins, so that there was a total of 16 pins - 8 in each row. We now know that this is by far the smallest number of the pins one can use and which account for most chips, modules, and other components you could place on Click board™.

What did the Click boards™ manufacturing process look like when you first started? Did you have all this equipment, or was the process done manually? We are most fortunate to have our in-house production, procurement, and distribution - all of this enables us to push forward. Every day we introduce a new Click board™, but at the same time, we produce at least 40-50 different Click boards™ to refill our warehouse or our distributor's warehouse. It is a most dynamic process: work is being constantly done inside the company, only to be completed at the end of the day when a courier comes in, picks up the boxes, and ships them.

What was the turning point in the revolution of the Click boards™ brand? What was the decision you had to make and why? The greatest challenge was to change the company's perception of what could be done with its resource. Thanks to our in-house ERP team, we managed to structure the process in such a manner so as to be able to produce ONE NEW PRODUCT PER DAY. In the past few years we have been able to manufacture about 200 new Click boards™ annually, which speaks volumes about how we do business.

What was your major goal in creating Click boards, and how far from attaining that goal are you now? The entire company works towards a shared vision – developing efficient tools for engineers. Click boards™ product line constitutes a key component of the future we have envisioned. If you take a look at one Click board™, you realize that it's a single function on a tiny PCB - something you could almost do yourself, seemingly not a big deal. All you need to do is create a schematic and route it, order a sample PCB and component from a distributor, and find someone who would assemble the Click board™. Finally, you have to write a code so you can prove it works. It would probably take approximately two months of work. However, you can save two months by simply using Click boards™, and refocus your energy on the entire project rather than on its one part.

What is the significance of 1000 Click Boards™ for this company? It’s a huge milestone since not a single company in our industry has created that many peripheral boards. It could be said that we are making history. More importantly, the mikroBUS™ standard has proven to be very usable: if you can design 1000 different Click boards™ on one standard and create another thousand and then another thousand, that means that the standard is quite exceptional. I'm happy to see that the idea has taken root and that more and more companies are embracing the mikroBUS™ standard and placing it on their development boards. The ones who did so most recently are Toshiba and Renesas; however, it is noteworthy that the first important silicon vendor who accepted the mikroBUS™ standard was Microchip.

What did you learn from the process of developing Click boards™ brand? I think that the most honest answer is - to be patient. You might have a great product, but it still takes time for other companies, engineers, and the general public to recognize its value. The same is happening right now with the Planet Debug concept which enables one to access the board which is on a different continent, to program it, debug it and watch the entire process in real-time with a live camera stream built-in NECTO Studio. I'm very much looking forward to seeing Planet Debug concept and NECTO IDE become a standard as widespread as the mikroBUS™ and Click boards™ are. Every standardization of embedded industry will bring major benefits to all of us.

This is the number of unique combinations you can make on a board with 5 mikroBUS™ sockets with 1000 Click boards™, keep in mind that this number grows every day as we make one new product per day.

Most of us do not understand how big a trillion is. Let us give you a hint:

So, if you spend only one second for every Click board™ combination on a development board with five mikroBUS™ sockets, you will need more than 261615 years to try all of the combinations. We are sure that you can find the ideal combination of Click boards™ for your new project.

GROWING WITH OUR PARTNERS

“Renesas continuously looks for ways to help customers reduce their development effort, and one way we help is by having many of our RA MCU evaluation kits take advantage of Mikroe’s mikroBUS™ ecosystem. We are excited to collaborate with Mikroe to launch their first Clicker board, based on the RA4M1 group of MCUs, to further broaden our market reach. Innovative developers can use our 32-bit RA Cortex-M MCUs with their choice of 1000+ Click boards to build a wide variety of embedded systems and IoT applications, and accelerate time to market” Daryl Khoo, Vice President, IoT Platform Business Division at Renesas 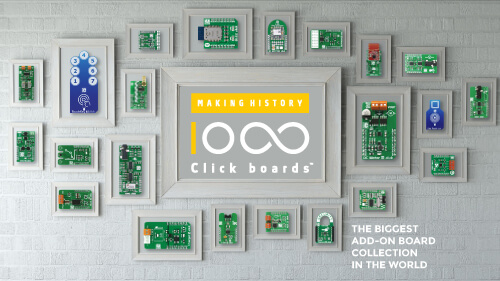 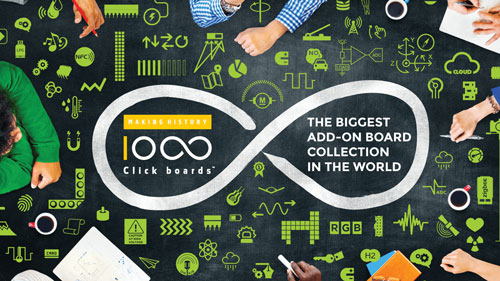 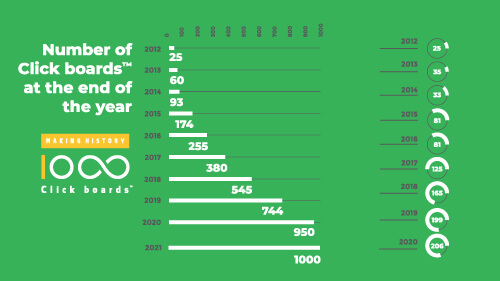 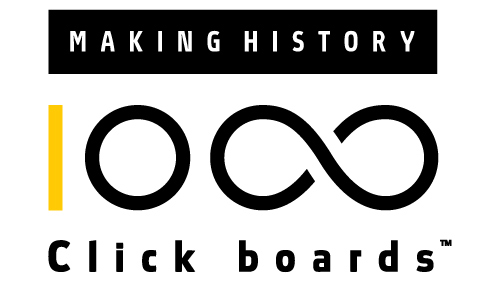 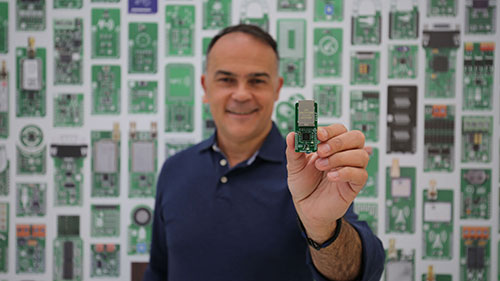 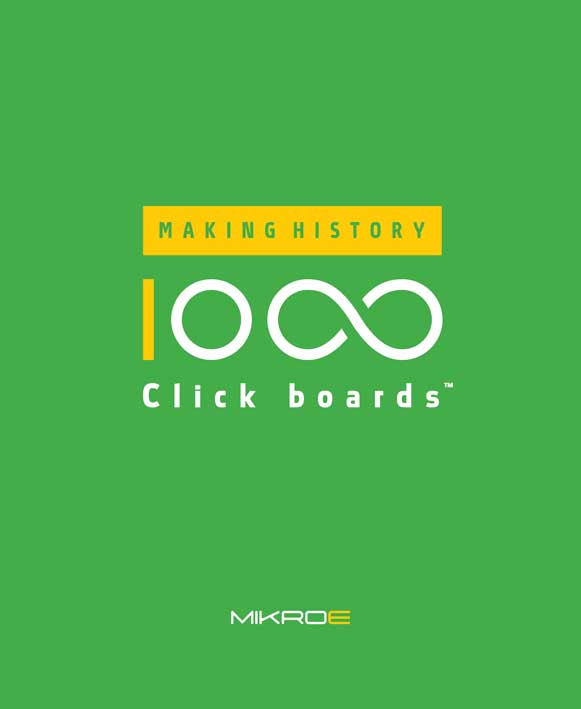 If you want to write an article on your website you can use the text above fully. When publishing it add a link to our website, on your banner or reference it in your article. When sharing on social media, please add hashtags:

Or sign up for our newsletter if you want us to keep you updated: