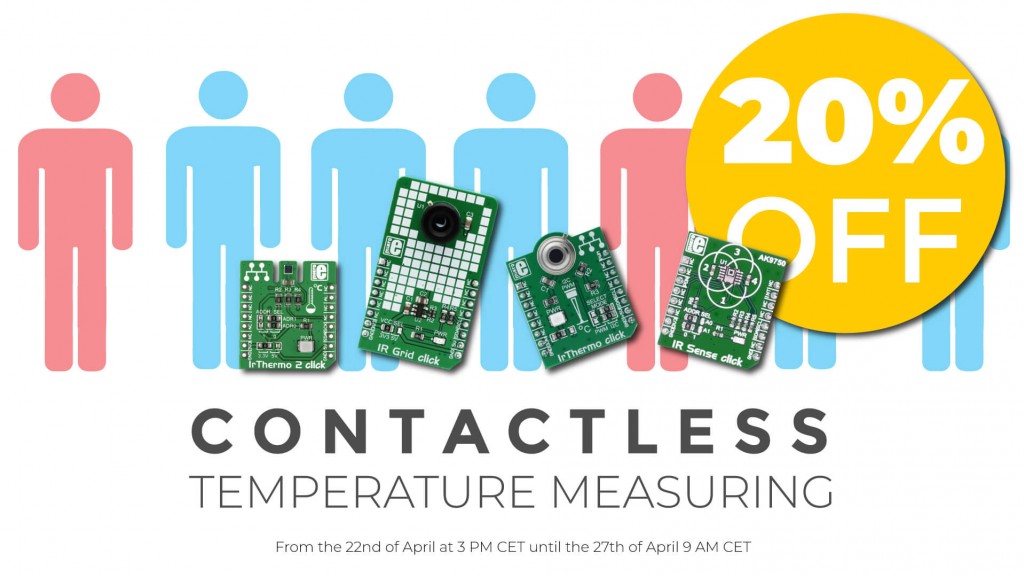 Temperature measurement sensors can be divided into contact and non-contact types. An infrared temperature sensor used in contact-type instruments includes thermocouples, resistance temperature detectors (RTDs), thermistors, and semiconductor temperature sensors. Since contact sensors measure their temperature, they require physical contact with the measured object to bring the sensor body to the object’s temperature.

In some applications, this contact creates problems: The measured object or media may be located at a distance or in a hazardous environment with no easy access. Measurements of moving objects are also difficult. A small object’s temperature may be altered when a relatively large sensor touches it and acts as a heat sink.

Heat is transferred from one body to another through conduction, convection, or radiation. Radiation is a process where heat energy in a form of electromagnetic waves is emitted by a hot object and absorbed by a colder object. Most of this radiation is in the infrared (IR) region of the electromagnetic spectrum, but some also spread into the visible light band. The IR wavelength band stretches from 0.7 to 1000 microns, however, practical IR measurement systems use only certain wavelength bands between 0.7 and 14 microns because the radiation is the strongest in this range.

Infrared (IR) temperature sensors emit an infrared energy beam focused by a lens on to a surface to detect the surface temperature. The reflected beam is received back in the sensor which converts the energy to an electrical signal that can be displayed in units of temperature. The sensor compensates for ambient temperature variation to give an accurate temperature reading. 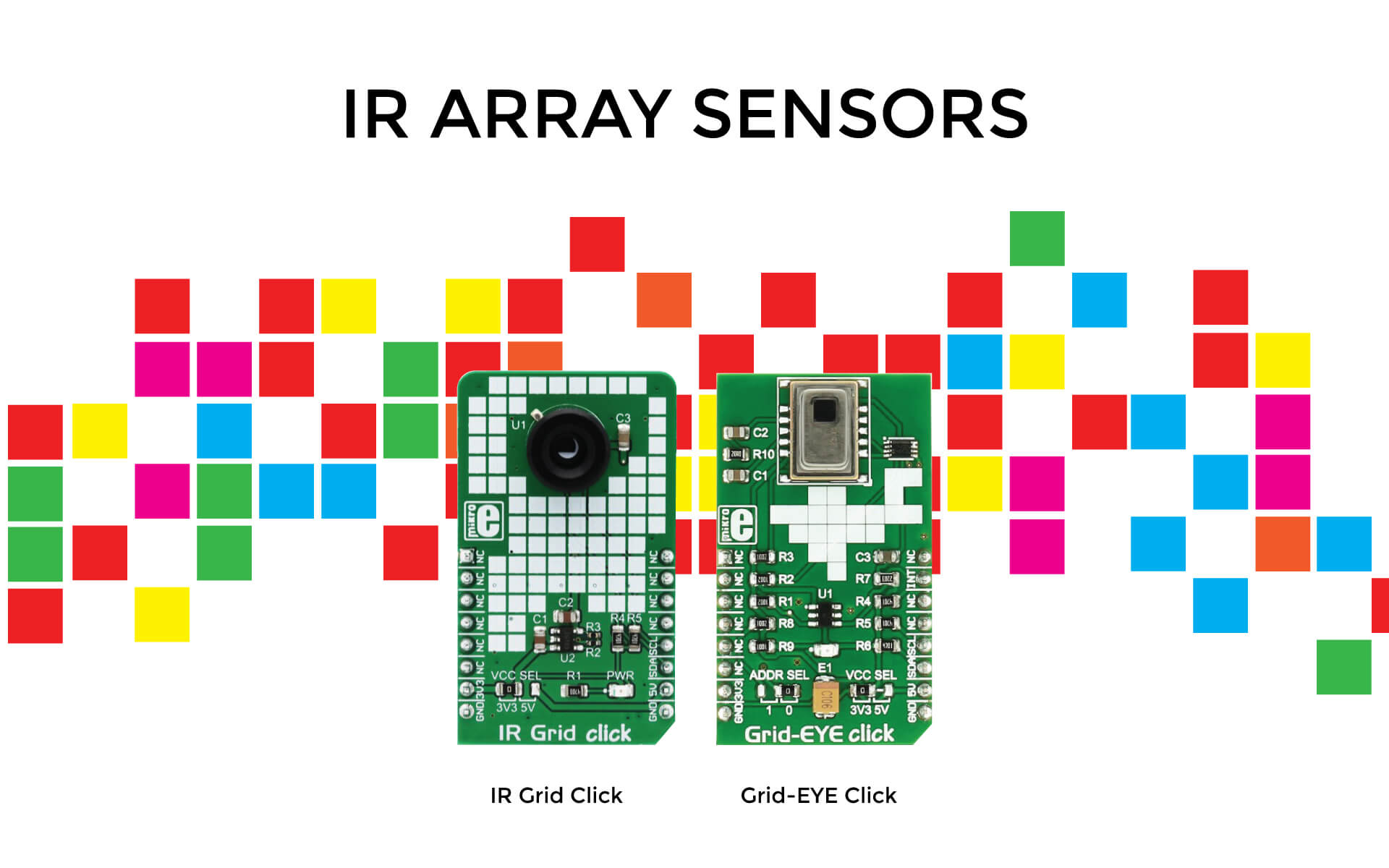 Addresses growing demands seen across numerous applications for thermal analysis. This infrared (IR) array sensor offers a cost-effective alternative to more expensive thermal imaging camera. They can be used for monitoring/surveillance of stationary and moving objects. 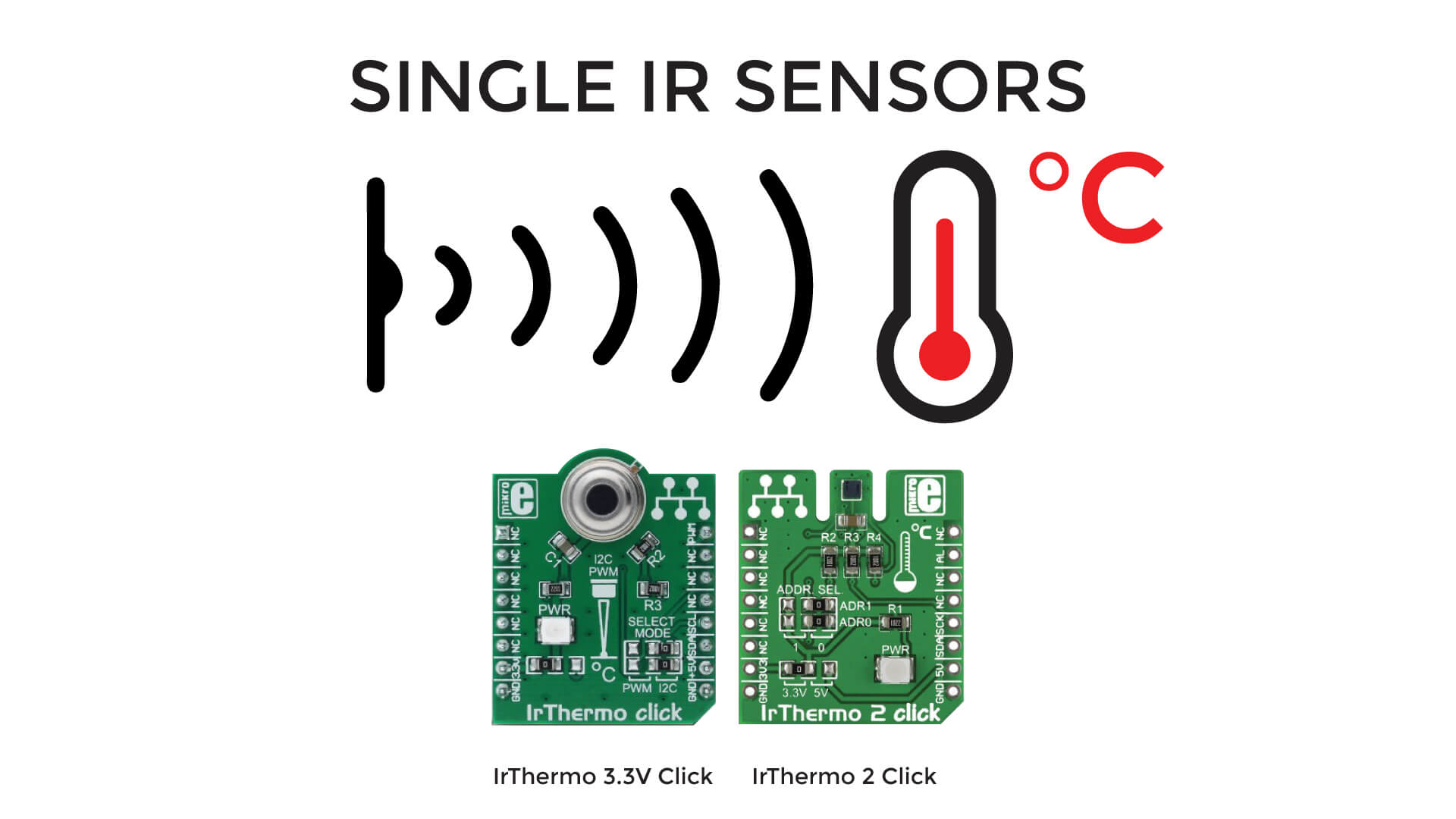 IrThermo Click boards™ are contactless temperature measurement devices that rely on the accurate thermopile sensor chip, which encompasses both the thermopile sensor element and the ASSP. They can be used in various applications such as contactless thermometers, moving parts in the automotive industry, general-purpose industry applications, air conditioning devices, and similar applications that require accurate temperature measurement in hard to reach places. 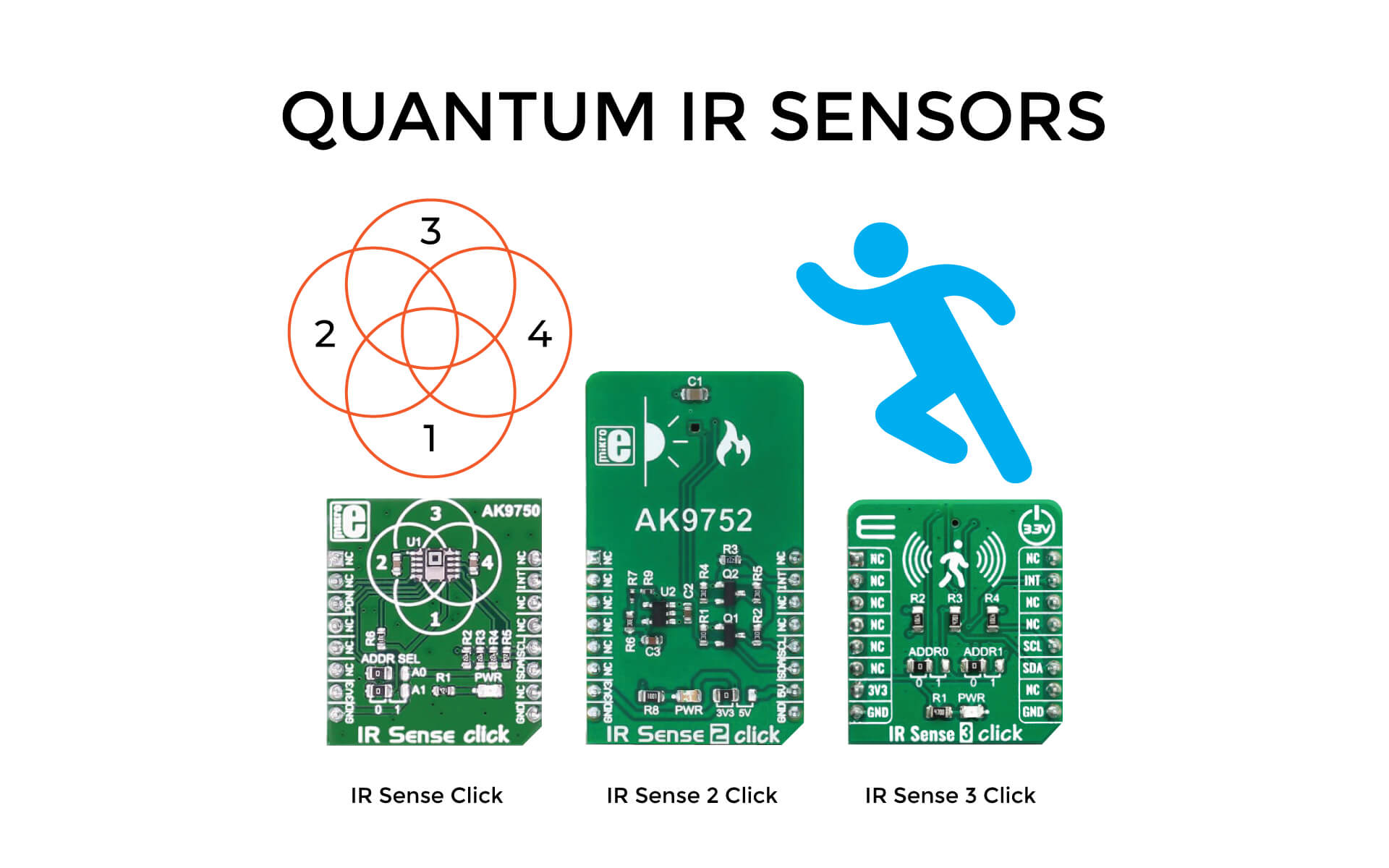 IR Sense Click boards™ are quantum IR sensors, they can be used in human detection applications. Even if these sensors are not providing information about precise object temperature, they can still be used for a range of applications that rely on human presence detection, such as proximity sensor-activated lights and surveillance cameras, automatic doors, detection of heated objects, information terminals, and similar applications.

Our stock is limited therefore purchase your board fast.