7x10 G click is a LED dot matrix display click, which can be used to display graphics or letters in a very simple and easy way. The click board has two LED dot matrix modules with 7x5 stylish, round, dot-like LED elements. These displays produce clean and uniform patterns since the elements are optically isolated from each other and there is no light bleeding between the adjacent LED cells. Additionally, turn-on and turn-off times of the matrix cells are optimized for a clean and fluid display performance, with no flickering or lag.

7x10 G click is a LED dot matrix display click, which can be used to display graphics or letters in a very simple and easy way. The click board has two LED dot matrix modules with 7x5 stylish, round, dot-like LED elements. These displays produce clean and uniform patterns since the elements are optically isolated from each other and there is no light bleeding between the adjacent LED cells. Additionally, turn-on and turn-off times of the matrix cells are optimized for a clean and fluid display performance, with no flickering or lag. 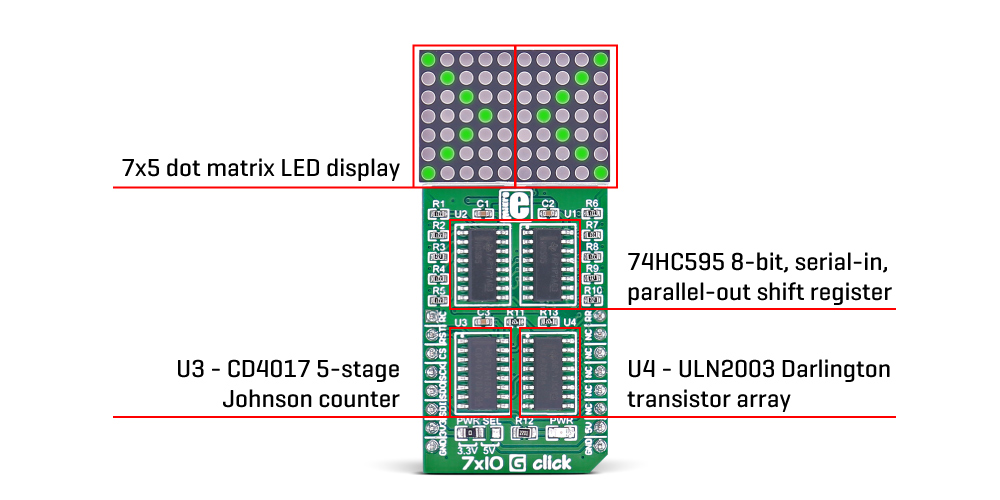 The library carries all functions necessary for complete control over the 7x10 G click. There is also an additional font header file which carries 5x7 letter definitions. 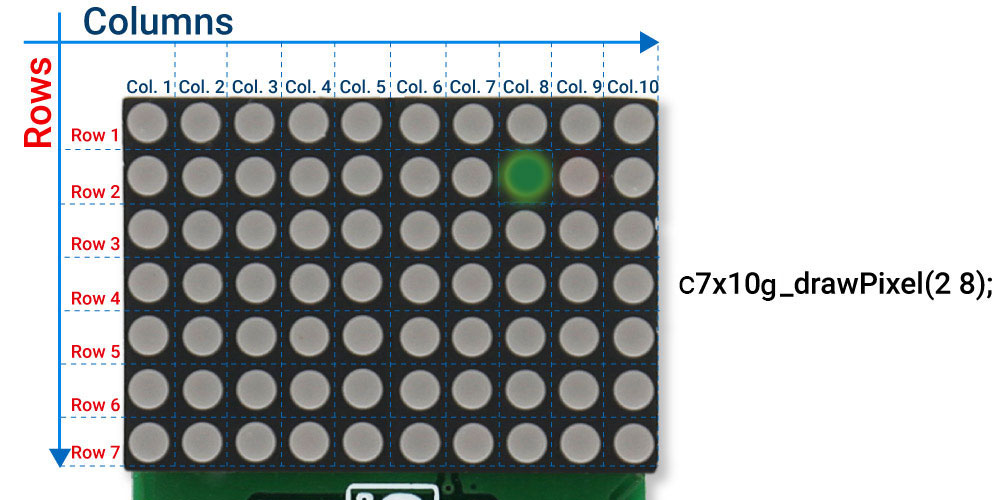 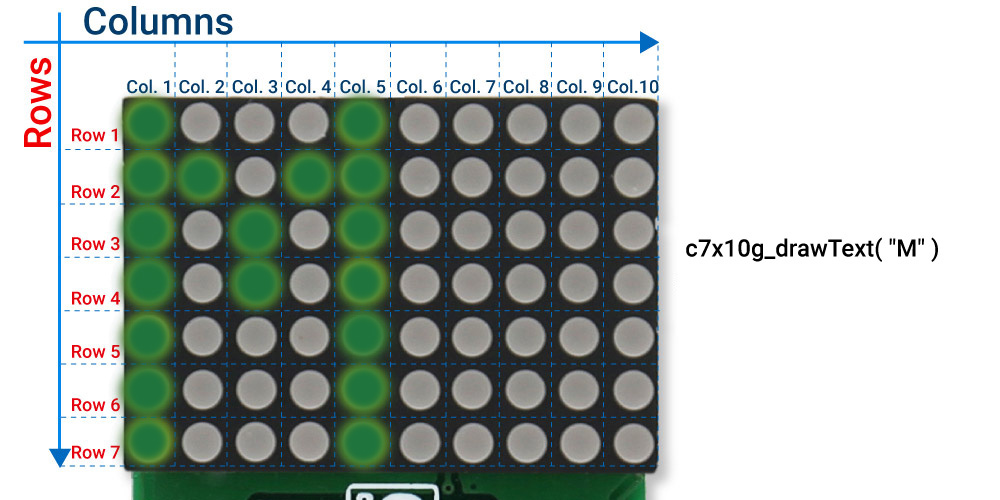 The example also carries additional functions for GPIO control which are provided during driver initialization. These functions are necessary and the implementation depends on the type of development system that is used.