Wear your mikromedia: accessory bag made of VHS cassete film

One of our colleagues from Marketing department had an idea that only designer people would've come up with. She made an accessory bag for mikromedia board - out of an old VHS cassette film! The idea was that you can wear it as a necklace.

Although it sound odd, it looks awesome! Just load your favorite program, some image slider, clock, favorite logo, or even rotating disco ball application, and you are quickly to become a hit in the night club. If you are a girl, a geek guy wouldn't resist you waring a Space invaders necklace, right? :)

But the thing with the film is so unexpected. You can make your own bag out of your favorite VHS movie. I would've made mine out of Star Wars, and loaded Darth Vader interactive application with Imperial March music, Vader's breathing, or some slideshows. It could've been interesting. 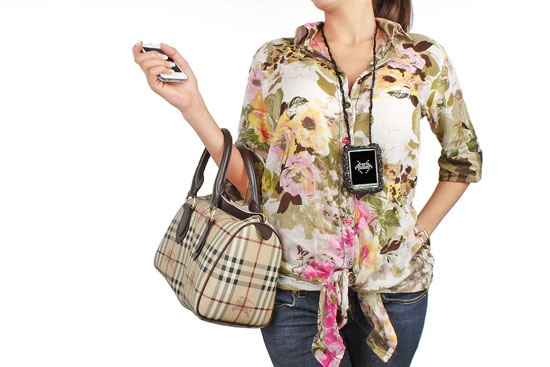