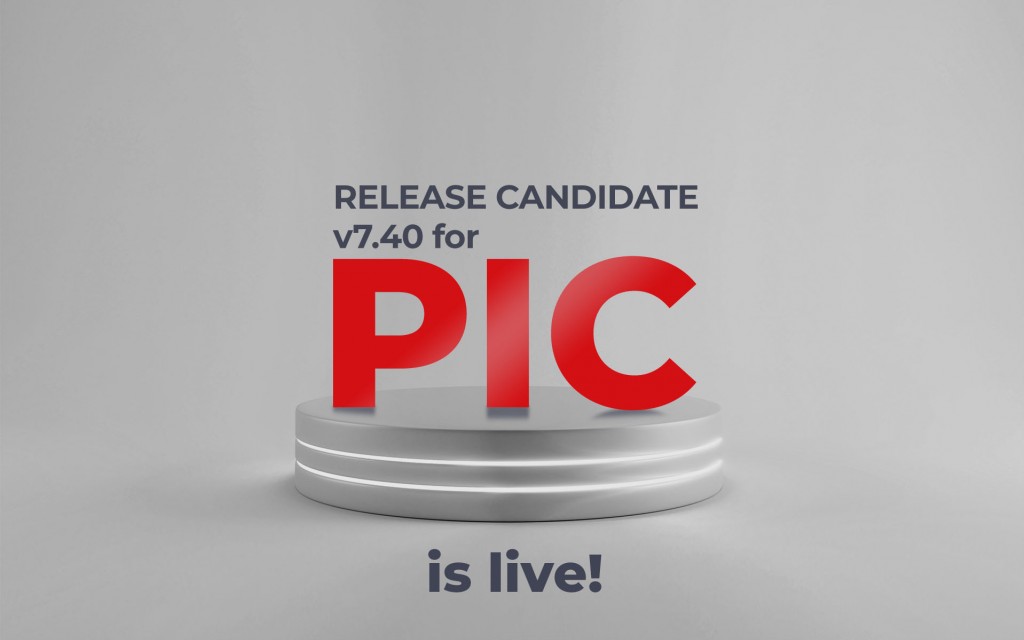 We'd like to thank you for your valuable insights from the past months regarding the usage of the PICMCUs and our compilers. We’ve carefully read and examined them, reported them to our development team, and we are now confident to publish an upgraded beta version that we named Release candidate.

You are more than welcome to actively shape the next version (final product) by making awesome stuff with it, and report any issues that might arise.

Previous version v7.30 for PIC has seen quite a bit of change, so this v7.40 version is, as we like to say, "fine-tuning" of the previous version. For more information on what exactly has been changed, visit our roadmap section of Compiler’s page:

Roadmap for mikroC PRO for PIC

Roadmap for mikroPascal PRO for PIC

Roadmap for mikroBasic PRO for PIC

If you are eager to test and explore the new v7.40 for PIC, please follow the download links for Release candidate versions of PIC compilers below