Version 4.0.0 of the PIC32 compilers has just been released! Visual TFT is now integrated with the compiler. FreeRTOS is supported for mikroC. The total number of supported MCUs has reached 187.

To see all the changes that have been implemented with this release, visit the RoadMap page.

Visual TFT integrated with the compiler

Our plan to have all the compilers merged with Visual TFT software is going exactly as we have planned. After FT90x, dsPIC, PIC and AVR compilers we have updated the PIC32 compilers with this feature. 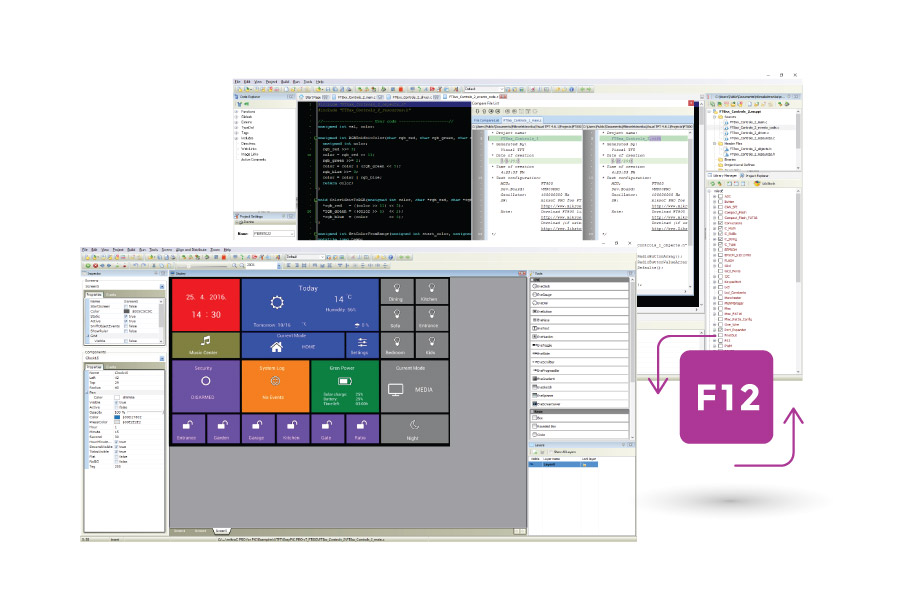 You'll be able to create amazing GUIs with just a few clicks. Switch between coding and designing by pressing F12 on your keyboard.

With the release 4.0.0 we have implemented support for FreeRTOS in the mikroC for PIC32 compiler. All your complex projects will be organized and ordered. Accomplishing numerous different tasks with ease.

It's the task scheduler you have been waiting for.

The total number of supported MCUs in now 187. You can see the full list at the product page. Use the search box if you want to find a specific microcontroller. But you can also filter them by RAM or the pin count or Flash memory.

If you want to see what MCUs have been added to this release, visit the RoadMap page.

For more information on PIC32 compilers, see the product page for each one.