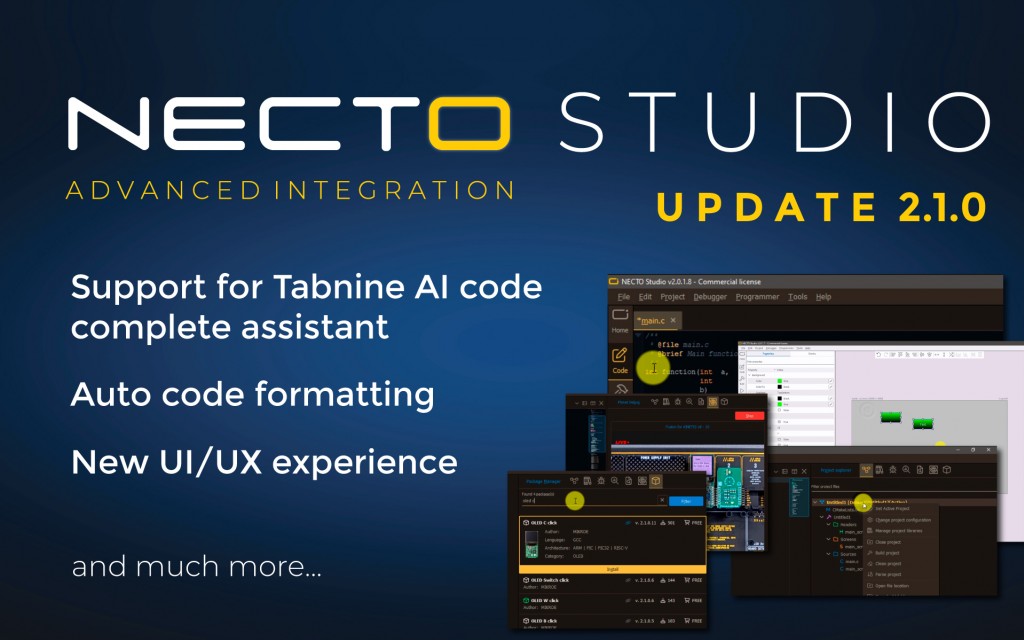 Welcome to the August 2022 release of NECTO Studio. We are proud to present a significant update!

This month's release brings you NECTO Studio with a completely new UI/UX experience. The first official AI support in NECTO Studio has come. We have supported Tabnine AI code completion assistant. It predicts and suggests your next lines of code based on context and syntax.

Code faster with whole-line & full function support code completions. Tabnine predicts and suggests your next lines of code based on context & syntax.

Get long, accurate and advanced code completions to become a superpower 10x developer.

Added clang-format beautifier support. Speed up your coding and let the clang-format apply coding rules for you automatically. Let the beautifier think about margins, the position of brackets, spacing, and new lines.

We bring you NECTO Studio in a new modern suite. We have equipped it with a new set of contemporary light & thin icons, balanced with refreshed color theme shades for a maximized contrast between fonts and icons. Font & icon sizes are adjusted to bring you pure UI/UX satisfaction when you code your favorite program.

Package Manager is visually updated to bring you more information at first glance. Items are now smaller with a colored icon indicating the state of the package:

Buttons for installing, removing and opening examples are visually adjusted to match the rest of the NECTO Studio IDE perfectly.

We know it is much easier for you to get used to one UI/UX across the entire IDE. That is why we wanted to make a similar look & feel in Planet Debug and Package Manager.

Items are made smaller, so they correspond to those in Package Manager. Only the currently selected item gets other information such as board and click's images, serial numbers, etc.

We listen to your suggestions. That's why we have decided to make Project Manager menu richer with a few actions: 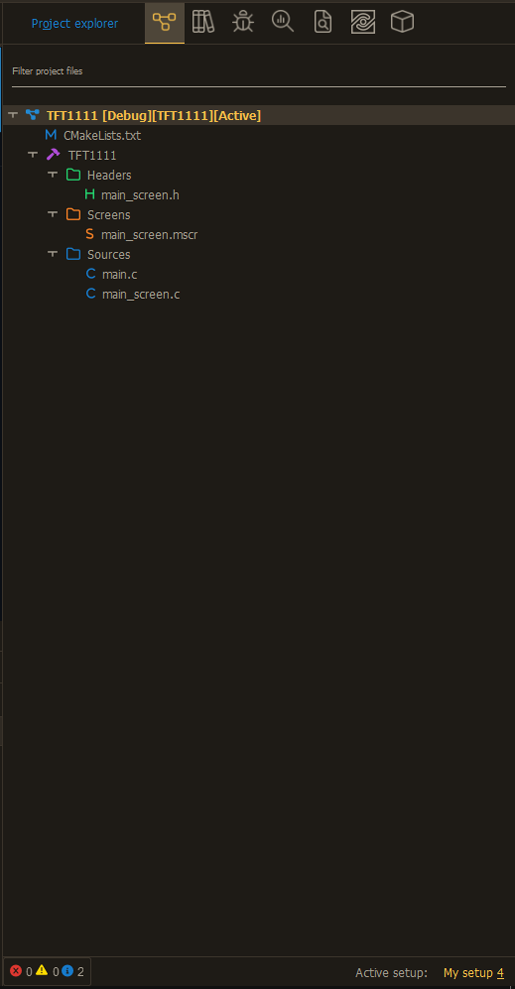 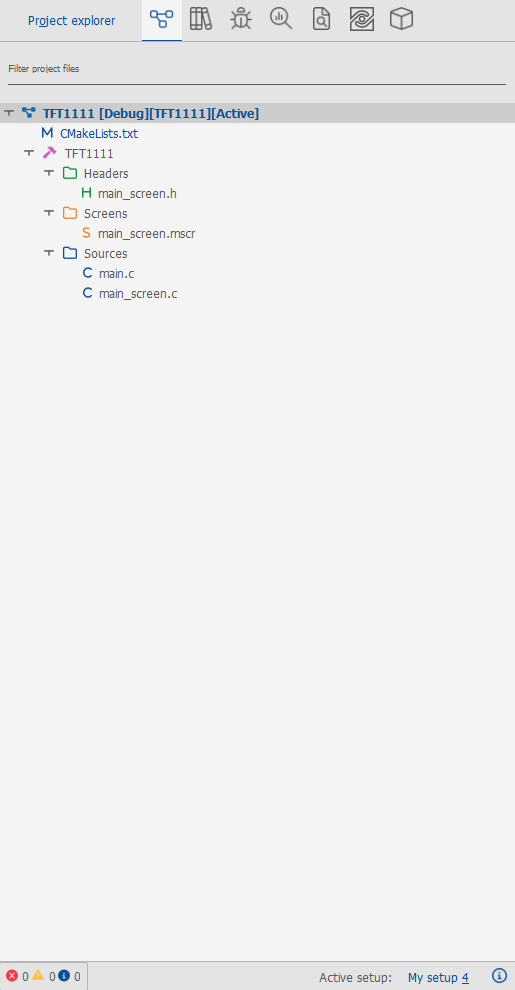 We have decided to make Library Manager tree even simpler and more pleasant to use. Flat libraries view for better and faster visual search. These are just a few of the highlights. For a full list of NECTO Studio changes, please take a look at the What’s new page.