We have introduced the Tool Manager. It is placed on the right NECTO Studio panel and allows you to manipulate all available NECTO Studio-supported tools easily. Every available tool is placed in the Tools manager container window. We have also implemented an option to easily detach every tool and keep it on top of other windows. It allows you to continue your work with the editor and simultaneously watch the values from a terminal or any other tool.

Editor in NECTO Studio is on a competitive level. It has all features one modern code editor should have. But, there is always space for adding new features. We also always listen to your suggestions and requests. That's why we've decided to implement a small but still vital feature: drag-and-drop between split editors.

We know it is essential to have quality and stable supporting tools while you wrestle with your projects. NECTO Studio software team gave its effort this time to provide all tools with a new, pleasant and more intuitive look and feel. All tools in NECTO Studio are visually and intuitively improved. New light and thin icons from the rest of the NECTO Studio are now here in all tools.  Tools affected by this update:

We also tried to stay consistent, keeping all similar tools identical to make your development even easier. For example, all terminal tools have the same UI for sending and receiving data. The only difference is the options dialog depending on the selected terminal. 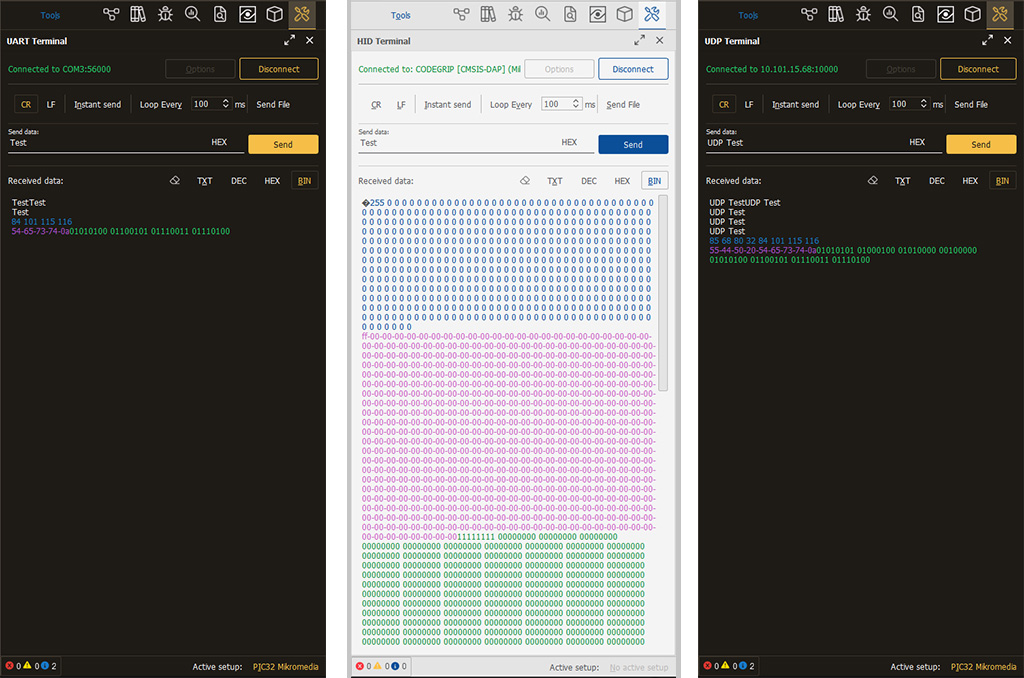 We have done the same thing for bootloaders: 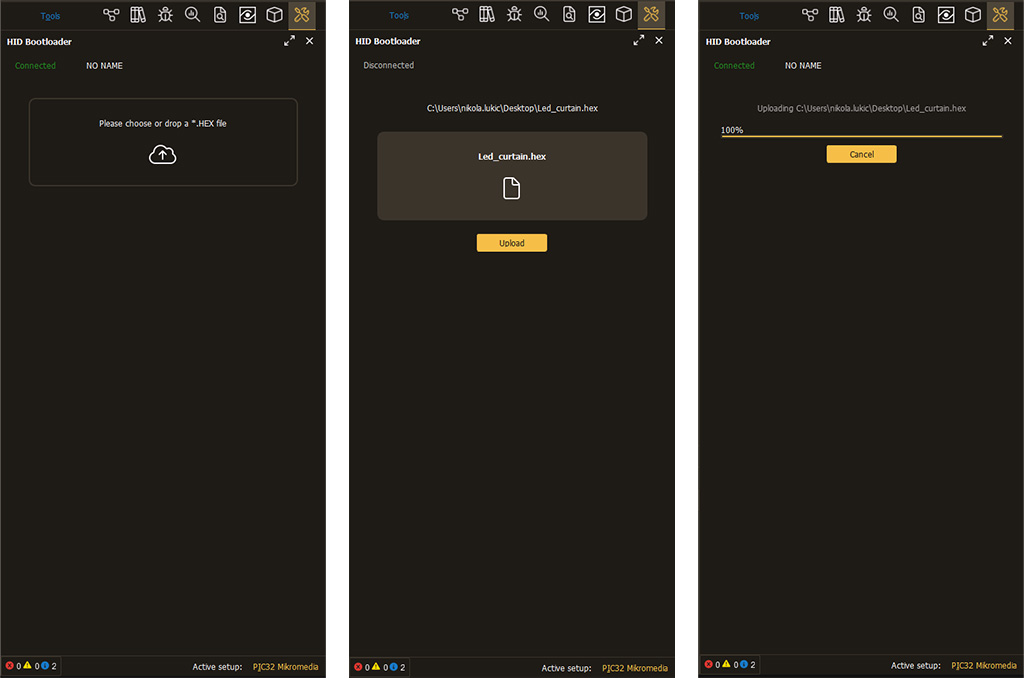 This tool has a significant improvement. Instead of prompting the user to save generated code to file every time, code is generated automatically on every change and is visible in the embedded small editor. You can easily copy it from here to your code. Empty fields from the previous version are now automatically filled. Custom char tool now comes with a library of predefined characters that can be easily loaded and edited.

Other tools have undergone the same treatment and have been updated. 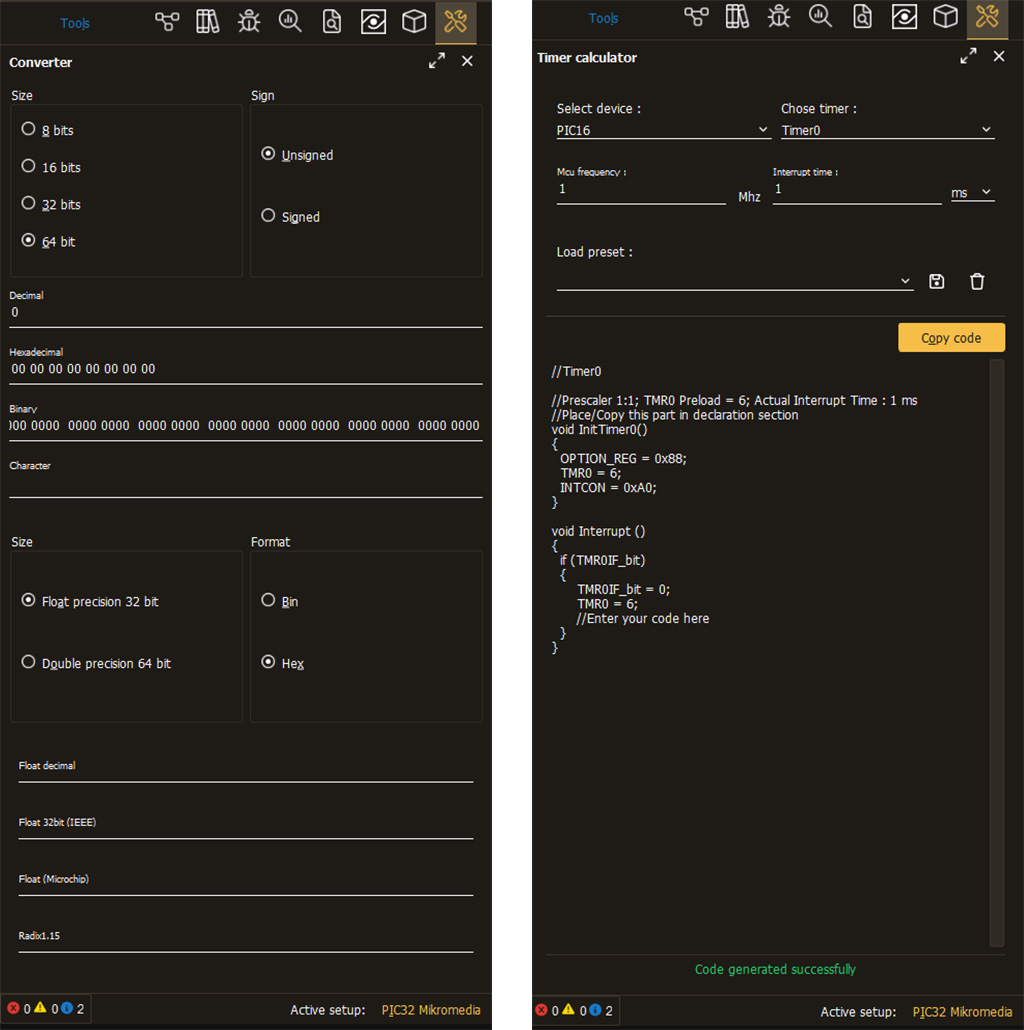 These are just a few highlights. For a full list of NECTO Studio changes, please take a look the What’s new page.