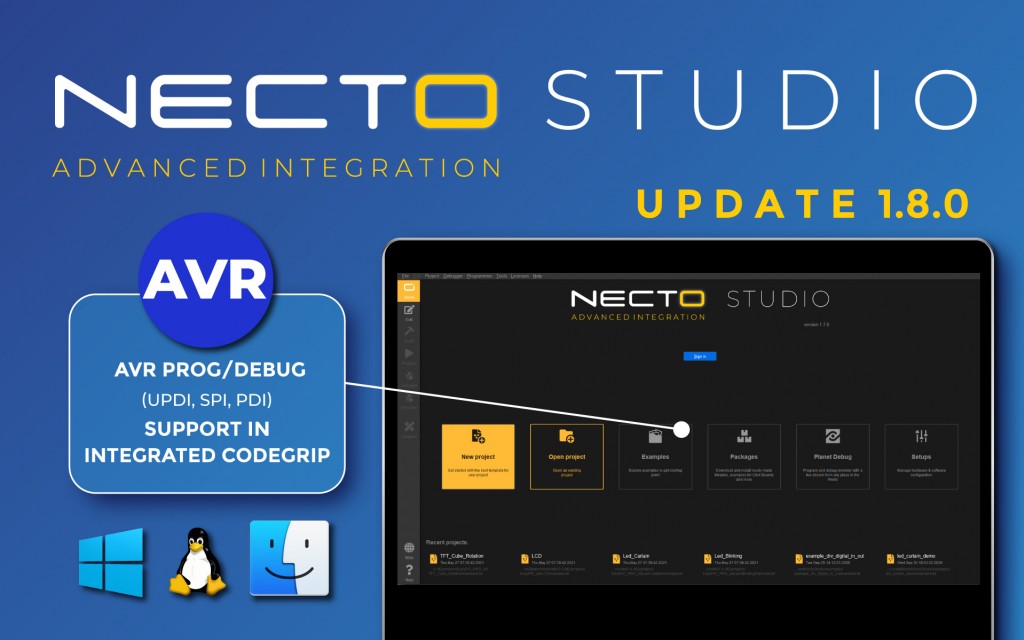 But that's not all, continue reading to see what new features and improvements they worked on.

The newest NECTO release brings you the possibility to program and debug AVR microcontrollers over the newest UPDI (Unified Programming and debugging interface) through the world's first USB/WiFi programmer/debugger - CODEGRIP. Now, you can enjoy programming and debugging AVR microcontrollers on Windows, Linux, and MAC platforms from your computer or remotely from Planet Debug. Besides the newest UPDI, we also added support for PDI and SPI debugging interfaces.

Check out the list of all supported AVR microcontrollers on our NECTO Studio page in the section "Supported MCUs". 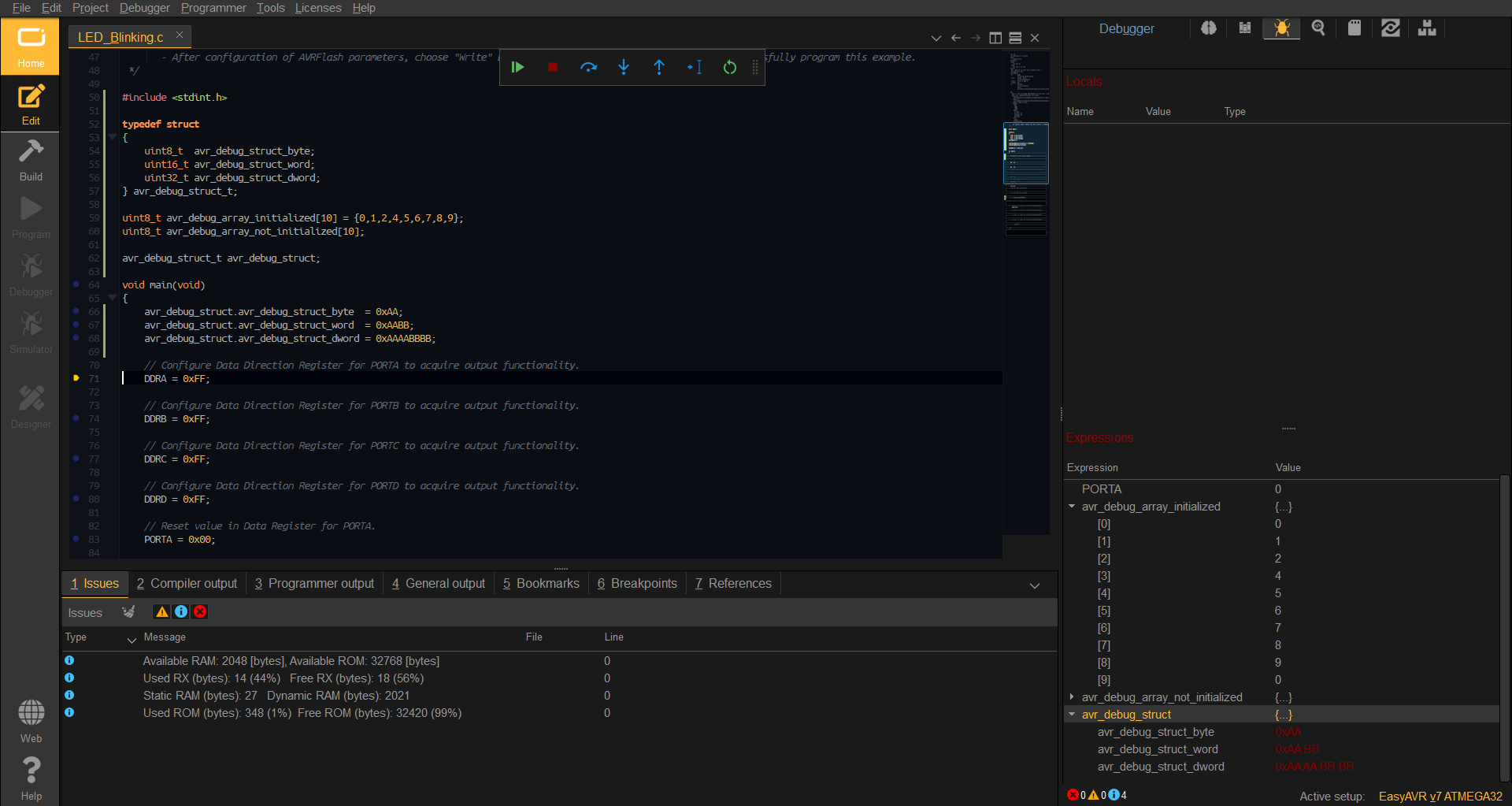 2. Let's save even more time: MCU configuration is now just a click away

Mikroe is all about saving your time. That's why we say we dedicated our lives to making time-saving development tools. We are thrilled to announce the option for easy configuration of AVR MCUs. You can now choose the clock source, reset vector selection, turn programming over SPI on and off, and set JTAG user ID, amongst other options. Before this update, you had to set all these options manually, and now it's done for you through CODEGRIP programmer/debugger. 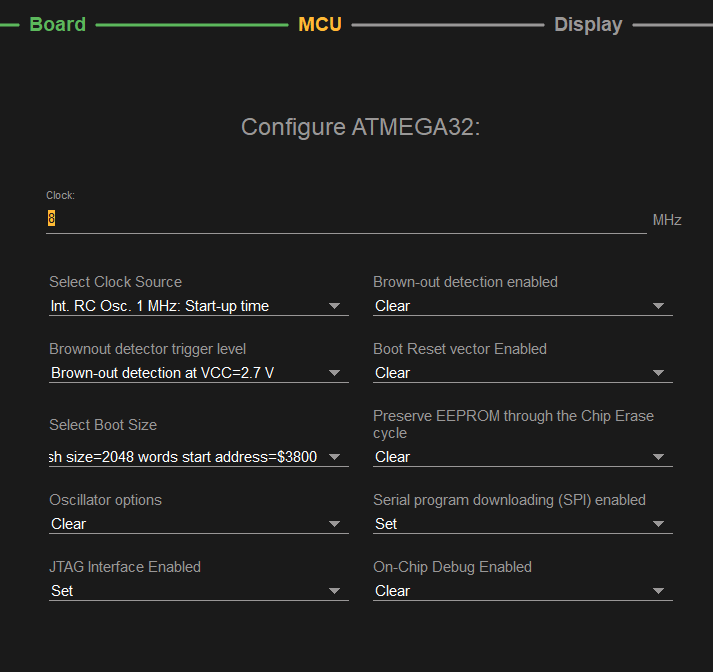 NECTO Studio is on the constant quest for perfection. Now you can define inline variables and variables will be cleared after device reset, among other improvements.

NECTO Studio is by its nature a fast application, but we always strive to speed it up even more. You can see a significant improvement in speed done by priority search optimization and search for include files. It speeds up the build time for a more sizeable project significantly. Future updates will make NECTO Studio even faster since time is of the biggest value for all of us.

Built-in debug tool gets a major improvement. You can place it wherever you want - now it's a more flexible and user-friendly solution. That's not all; we also added the possibility of restarting debugging session without the need for programming all over again! This is great news for all of you working on bigger projects with longer build and programing time.