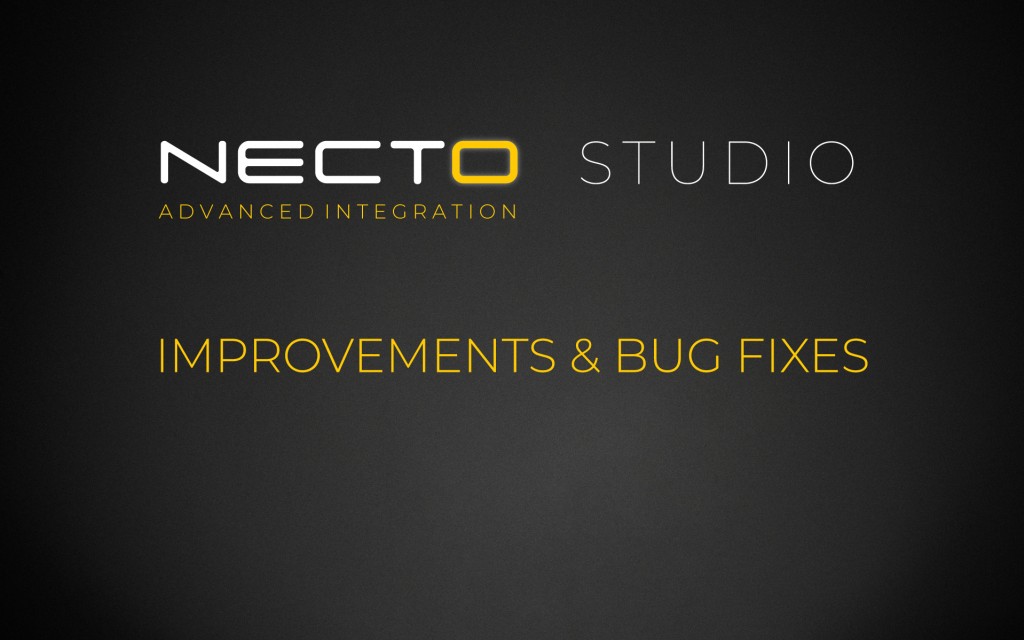 Hello, NECTO Studio users, we have an important update for you!

We are in a giving mood, because of the whole holiday spirit that is going around, so we have decided to improve certain features & fix some bugs when it comes to NECTO Studio, our newest revolutionary IDE. Also, we plan on reviewing and upgrading this IDE on a more regular basis, as part of our holiday gift to you!

So, even though NECTO Studio is still in the BETA version, Mikroe's Software team has decided to update you with improvements and bug fixes before 2020 starts and to invite you to be a part of the process that is shaping the future of this product.

Here is the list of current improvements & bug fixes:

That‘s the current status, but as mentioned prior – we will continue working on regular updates to make things run even more smoothly than ever before.

Just a quick reminder – if you have not started using NECTO Studio, you can start your free, fully functional trial today by visiting its official page. Also, if you want to be one of the early adopters, we offer NECTO with a 30% discount by the end of March 2020!