Welcome to the December 2022 release of NECTO Studio. This update brings cool new features added to mikroSDK. We have decided to pleasantly surprise our long time users by adding support for an old but battle-tested display, ILI9341. With the addition of this display, adequate touch panel library has been implemented as well. So clean the dust of your trustworthy mikromedia boards and displays and experience them in a new light in NECTO Studio. Additionally, we have added the generation of library named header files, so you won’t have to waste time searching for the adequate header name.

Along with the mikroSDK improvements and additions, we want to present significant advancements in compilers for PIC and AVR with improved compile and link speed time of up to 300% for large projects. And that's not all. We have also improved programming and debugging speed over WiFi interface for various MCU architectures.

We have worked hard to add new features to mikroSDK 2.7.1 while listening to what the users want and need. For this version, the following features are added, with many more yet to come.

We perfectly understand that the speed of the developing process is critical. Fast and reliable software is what cuts you the development cycle, shortens the time of the delivery, and most important: it saves you a ton of nerves. That's why one of our primary focuses of this release was simply - speed. Take a look at what we have done: 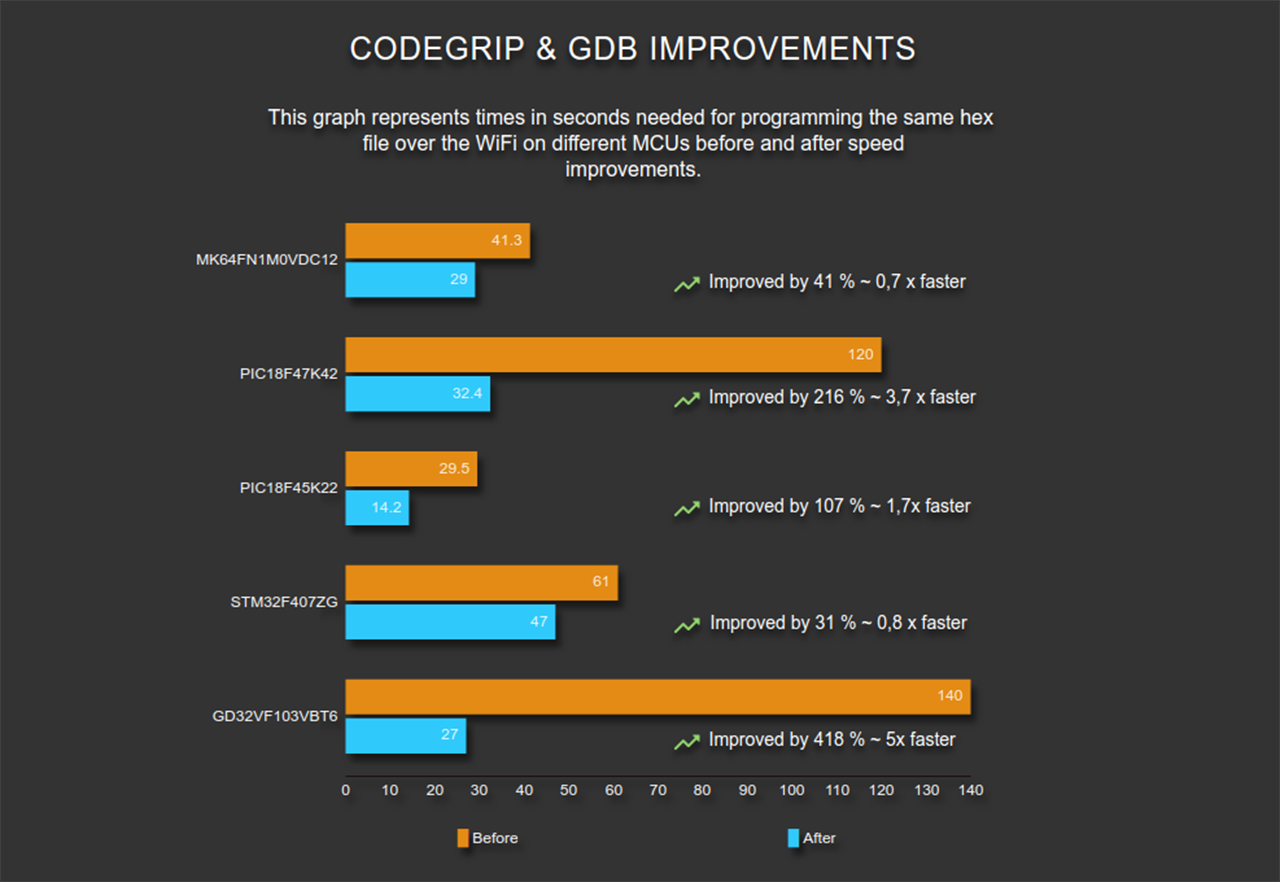 mikroSDK has undergone a series of improvements. Just to name a few:

While testing additional features, we came across some minor bugs. Also, we skimmed through our forums for issues you detected. So, thank you for letting us know what we can improve on. Some of the fixes include:

For a full list of changes, please take a look at the following document.