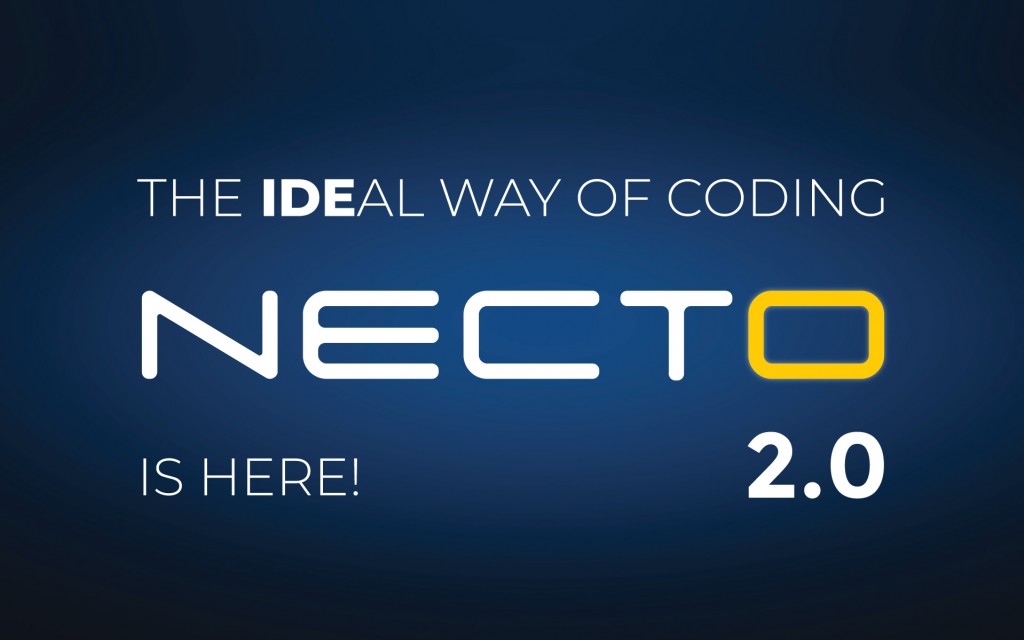 Welcome to the June 2022 release of NECTO Studio, we are proud to present to you a major update! This month’s release of “one-of-a-kind” IDE for pros as well as novices in the realm of embedded industry brings a lot of new stuff and refreshing improvements.

Continue reading to see what new features and improvements the software department worked on:

RISC-V star rises among embedded developers worldwide. With its customizable open-source design and lack of licensing fees, the upstart of RISC-V architecture has found international traction. NECTO Studio comes with natural support for GCC compilers for RISC-V. With current support for over fourteen MCUs, it gives you a really good start for RISC-V. But check this out: We have also supported RISC-V architecture in our mikroSDK, so this opens a totally new perspective for you. Here is why:

Following the industry standards, NECTO Studio has decided to change its build system from meMake to CMake. But we went one step further. Even though a CMake build system is comprehensive and offers a wide range of features, it has a really steep learning curve, especially for newcomers. That’s why we decided to make things easier for you, by adding unique CMake features for:

With the refurbished Project Explorer and Library Manager, this has been simplified to a simple mouse click. For advanced users, to use all the robustness that CMake offers, there is still a CMakeFile.txt in the project root to play with.

Licensing method for NECTO Studio has been changed. No more time trials, and many different licensing types. It has been simplified to the basics:

For an excellent application, it is very important to meet users' expectations and support its effective functionality. Intuitive and effective UI/UX is an equal need as the good backend itself. That is why we have decided to make a significant update for our Designer tool in NECTO Studio. We bring you:

Sometimes your code model and find by reference are not enough. That’s why we have decided Search and Find symbols in the files. By default, your search is in the project directory, but you can also change the search directory. Also, you can change the file patterns, along with the search criteria such as case sensitivity, whole word search, and regex pattern search. 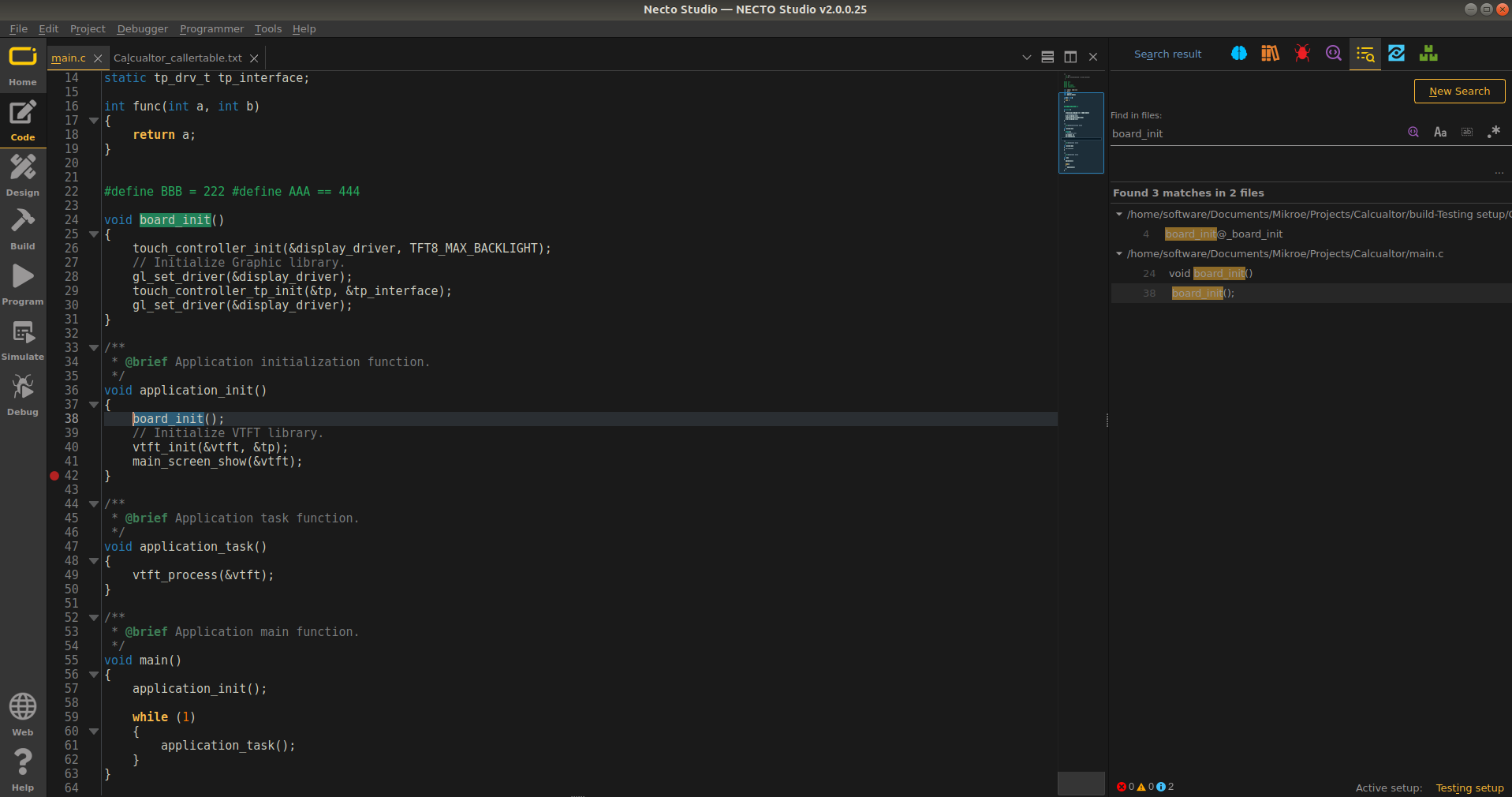 Starting as a beginner can be very frustrating. Reading a ton of documentation and don't know where to start. That is why we have decided to introduce you to a new Tutorials page. If you are new to NECTO Studio, this is the right place to start. Find different tutorials on how to create a new project, create a new setup, debug using Planet Debug, and much more. You can choose between the video and the tutorial type. 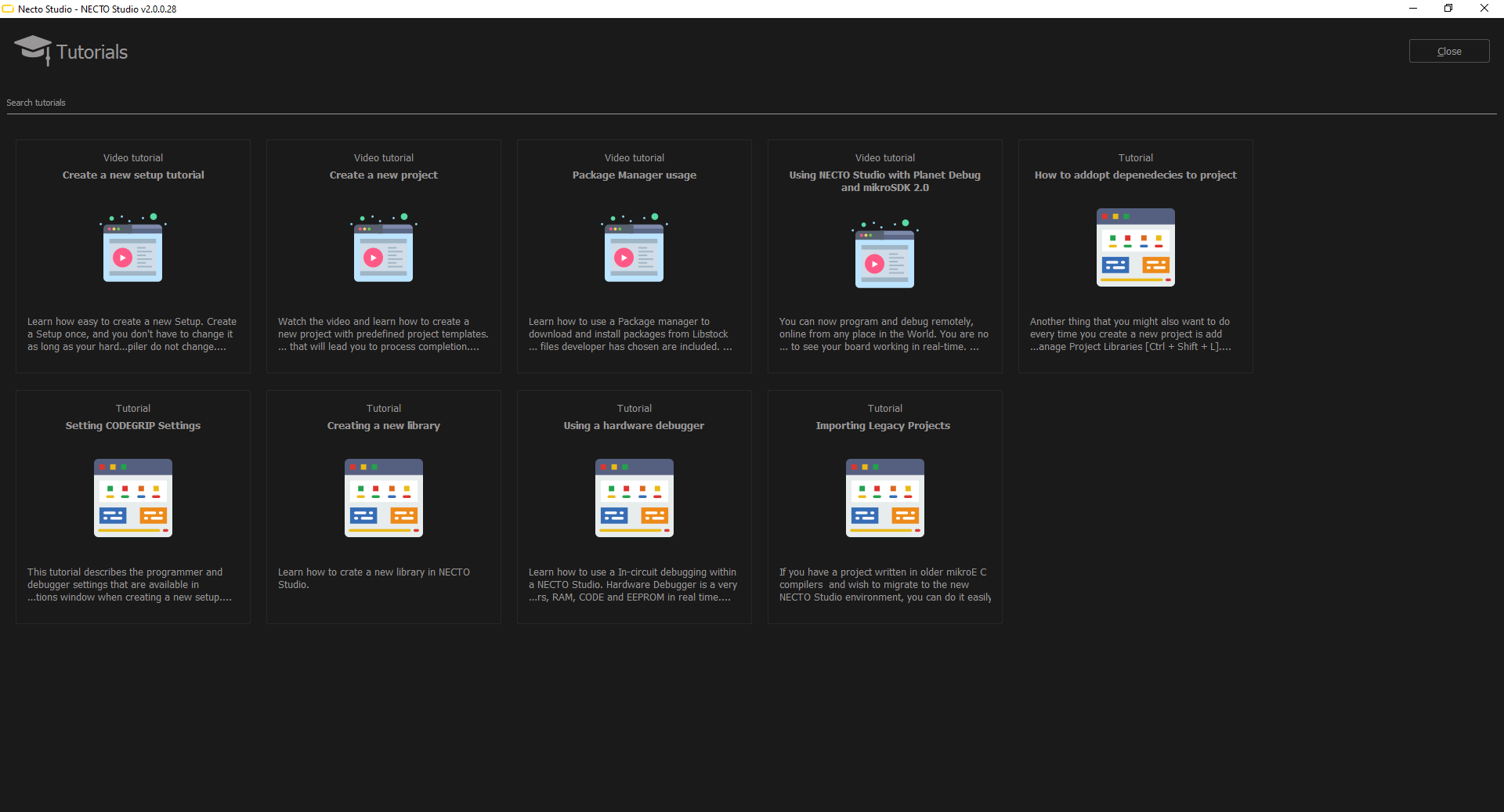 Simple is better. That's why we strive to make complex things easier. Setup context in NECTO Studio is maybe one of the most complex things. We wanted to make it simpler. The setup wizard is one step shorter. Now choosing an SDK is placed onto the compiler's advanced page, and by default latest version of SDK is automatically selected. This significantly reduces the chance of choosing a "wrong" SDK for the mikroSDK project. The "Setups view" page and "Configure project" page now have the same look and feel. Each setup item got an action button, visible only on the selected Setup item: 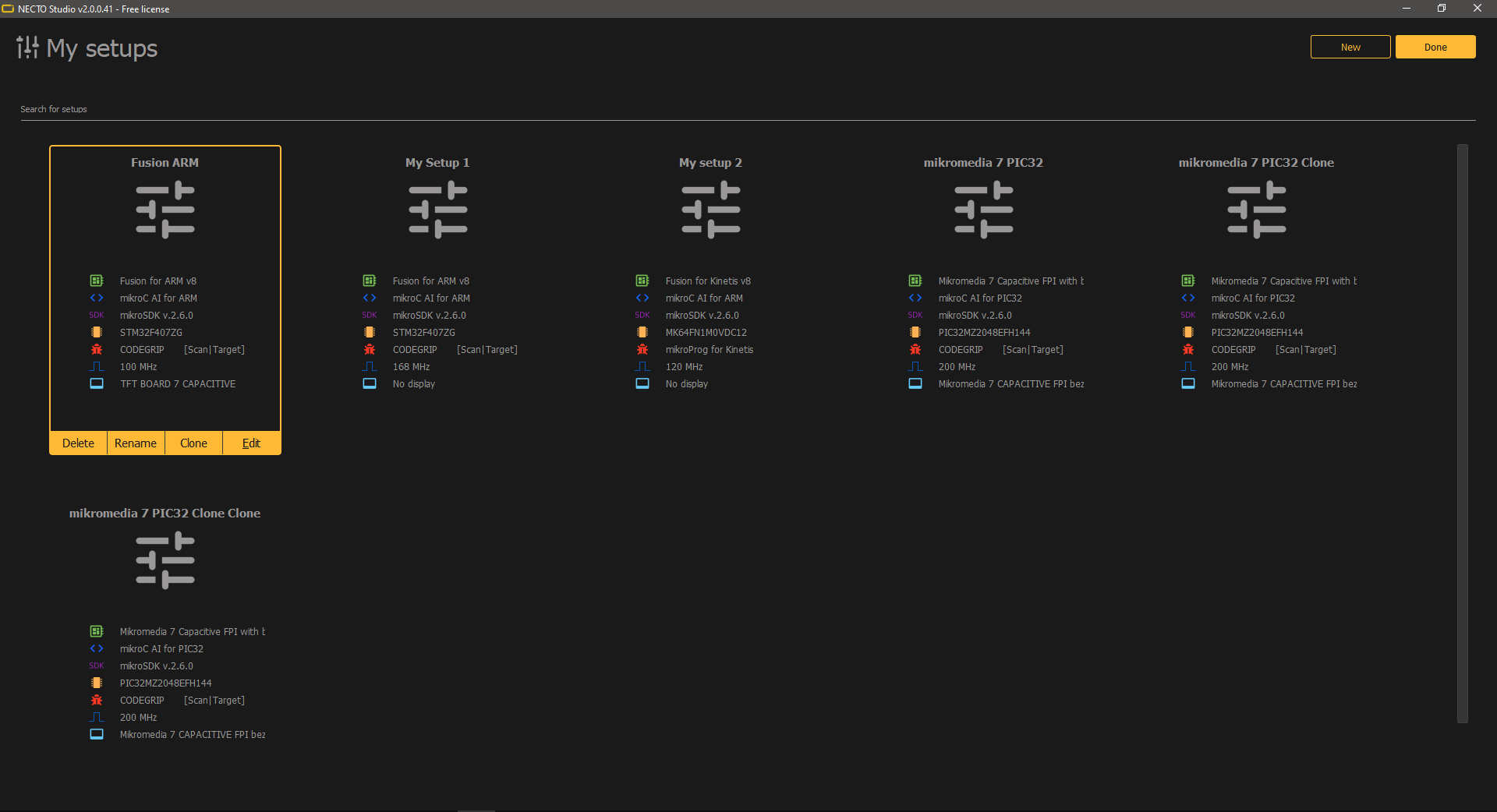 One step less when creating a new project. The templates page has been removed. 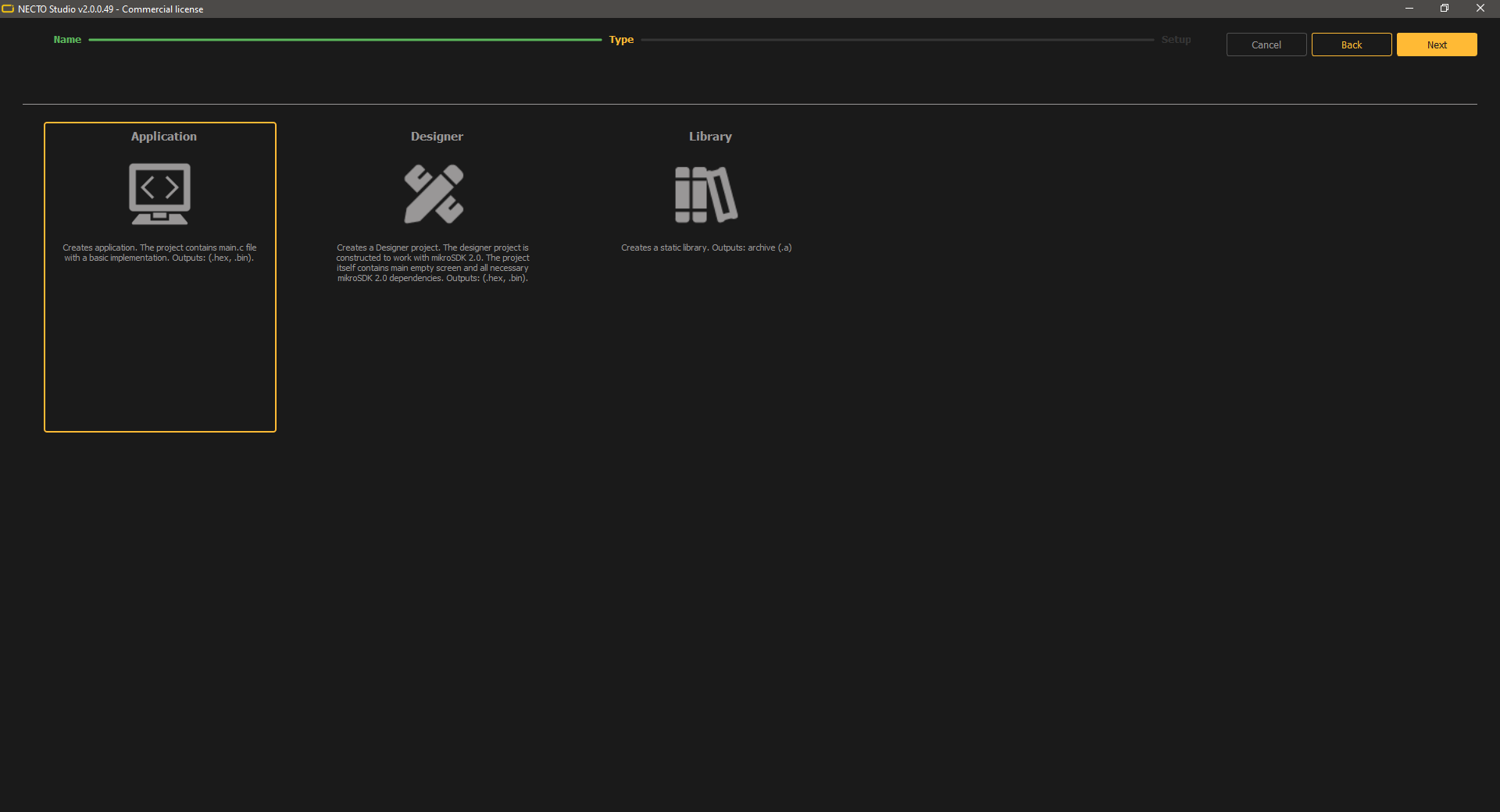 Developers have done hard work to enable you to use Library manager with the CMake project in the background in this simple manner. Libraries are amazingly and automatically included/excluded from the CMake project with a checkbox click. 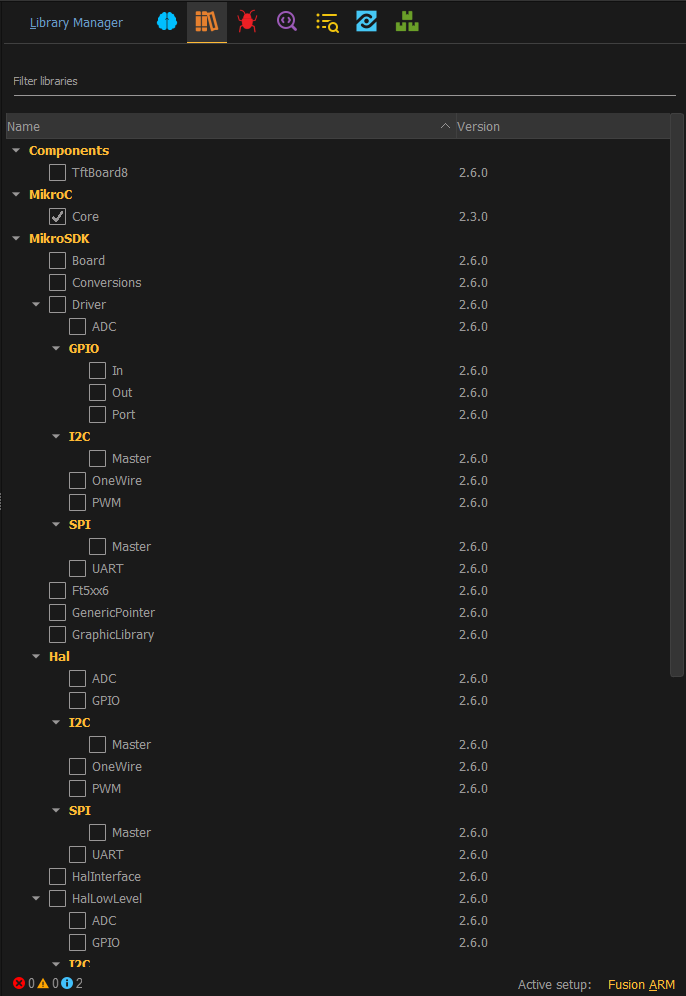 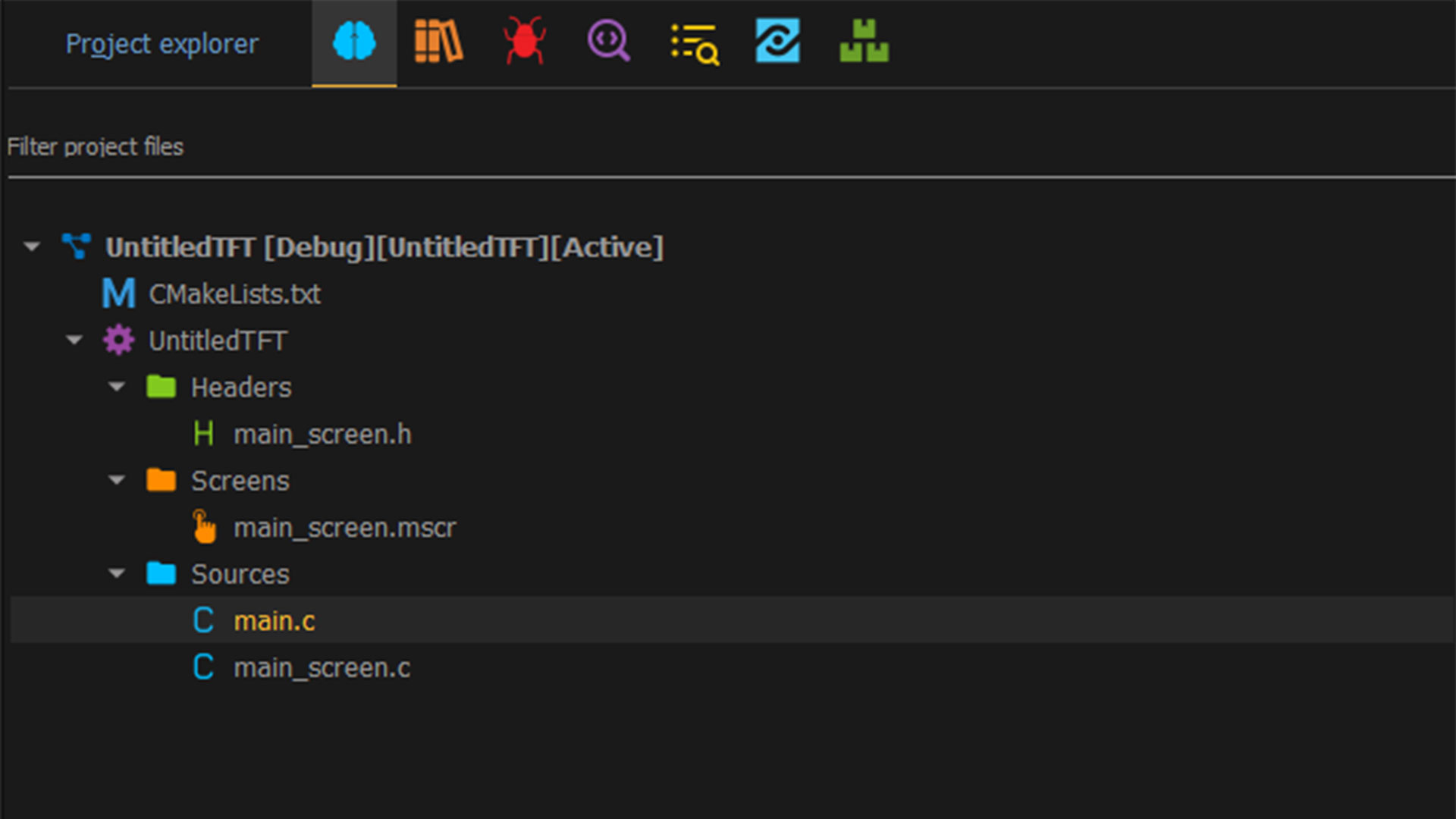 These are just a few of the highlights. For a full list of NECTO Studio changes, please take a look at the What’s new page.

For more information about mikroSDK changes, please take a look at the following document.