Even after a year of innovation, we keep going forward! Mikroe software team really outdid themselves in this update. Are you ready for the biggest release of 2020?

See what our fantastic software team has prepared for you:

After more than 18 months of continuous improvements, and a couple of redesign process cycles, mikroSDK 2.0 is here. The biggest star of this release is the addition of the 8bit Microchip PIC MCUs into mikroSDK 2.0.

mikroSDK 2.0 now supports 260 PIC MCUs! With a previously added STM32 ARM Core M0, M3, M4, and M7 MCUs that makes 1500+ supported MCUs in total. This number will grow even more, as we are planning to continue adding new vendors as well as new MCUs.

mikroSDK 2.0 goal is to provide PC like coding experience in the embedded world. Write application code once and use it on any supported HW vendor. For more information visit mikroSDK 2.0.

2. OPEN-SOURCE IS THE FUTURE OF MIKROE

It’s all about you - NECTO users. It was always essential for us that our users can contribute and be a part of creating NECTO Studio with us. That's why mikroSDK 2.0 source code is released as an open-source, and it is available with a brand new NECTO Studio v1.3.0 setup. Now, you are truly taking a part in shaping the future of the embedded world with us. 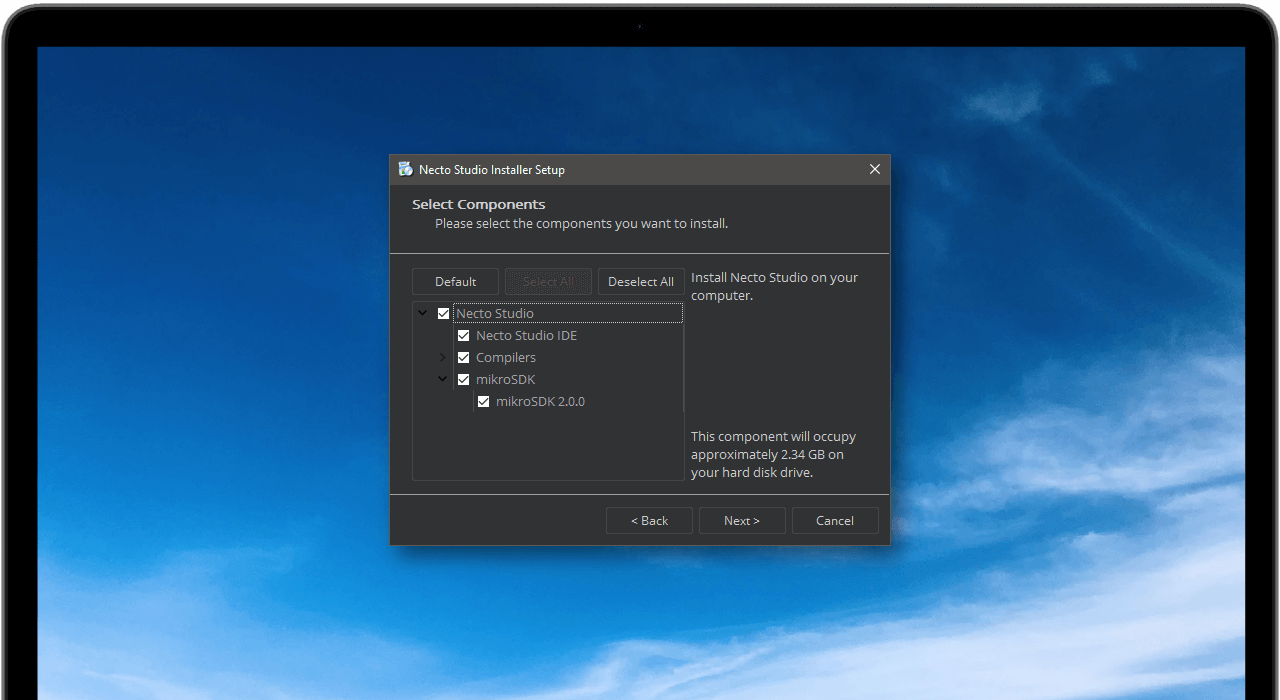 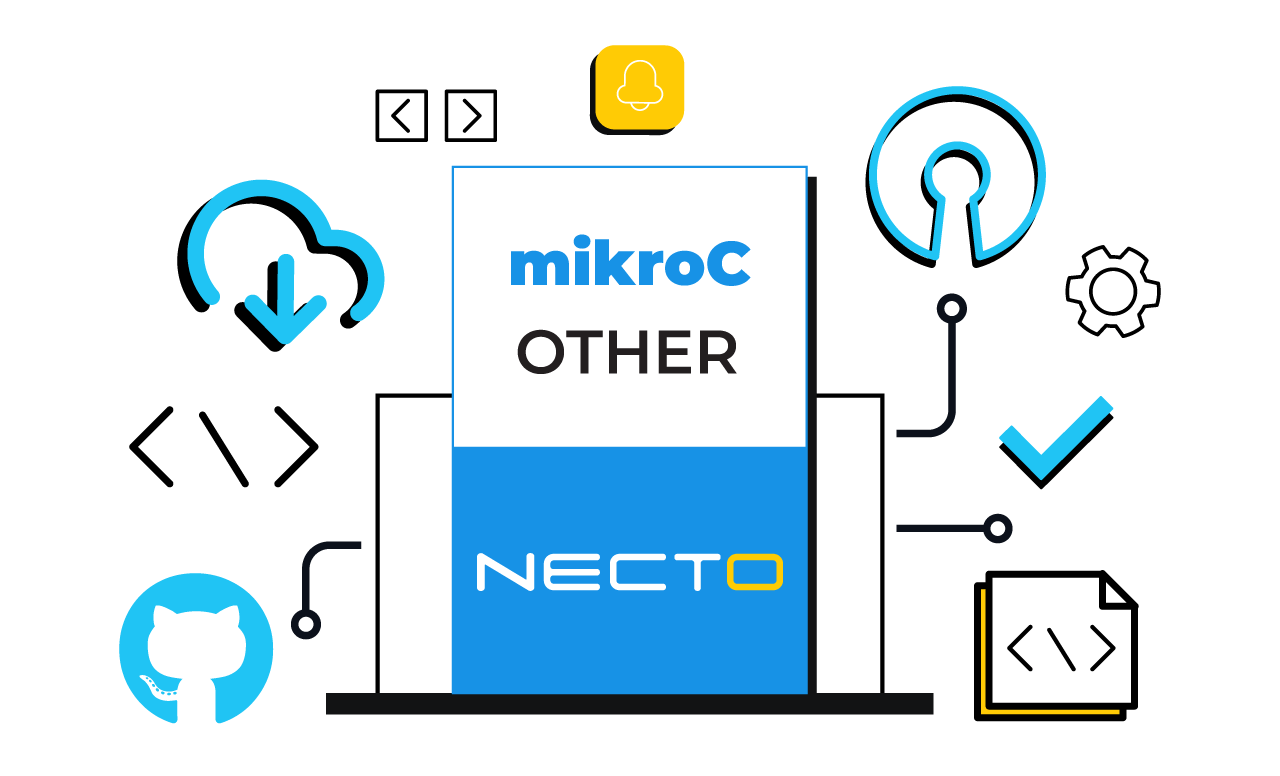 We know how every SDK is bulky and complicated to set-up, so, we decided to change that.

With a redesigned New Project Wizard, you will be able to set up everything that you need for successful development in mikroSDK 2.0 with a few easy steps.

As you may already know, we have added Planet Debug feature in the previous NECTO Studio update.

Planet Debug enables you to program and debug remotely, online from any place in the World. You are no longer limited by the hardware you have on your desk. It also has real-time streaming that allows you to see your board working in real-time.

And since we are constantly improving and fine-tuning every single detail - we improved live streaming even more. 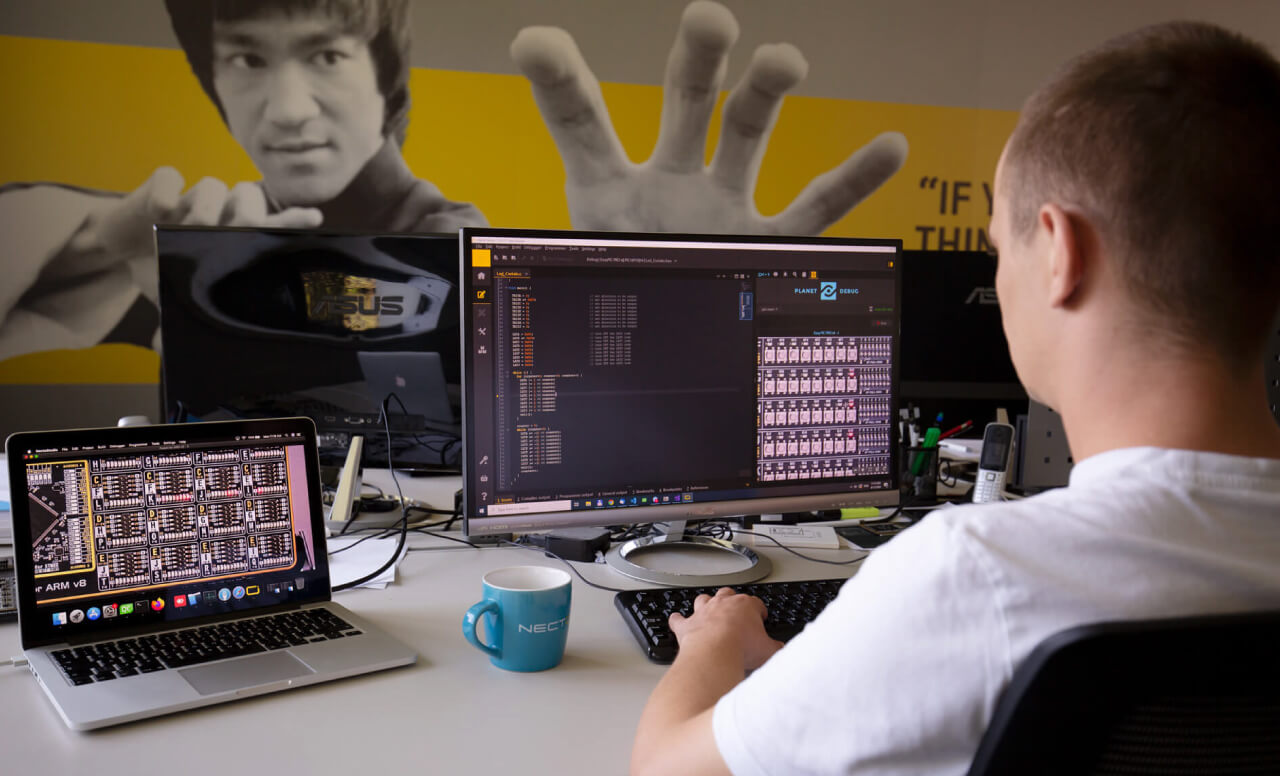 Some of the most desired improvement by user request implemented:

Necto Designer (although still in beta) is refurbished with support for 8bit Microchip PIC MCUs.

You can now try your GUI on our PIC development board, for example, EasyPIC PRO v8, with a selection of MCU Card, and a TFT board to top it off! Exactly the same code base for both architectures.

To see all of the new features, current improvements & bug fixes – go to the official NECTO Studio Page.