We donated a few of our boards to a group of high-schoolers who organized a stand dedicated to Electronics at an annual science fair at their school. The hardware helped, but it was their hard work that made the Electronics stand the star of the show — the Buggy and SpeakUp even made a cameo on national TV. 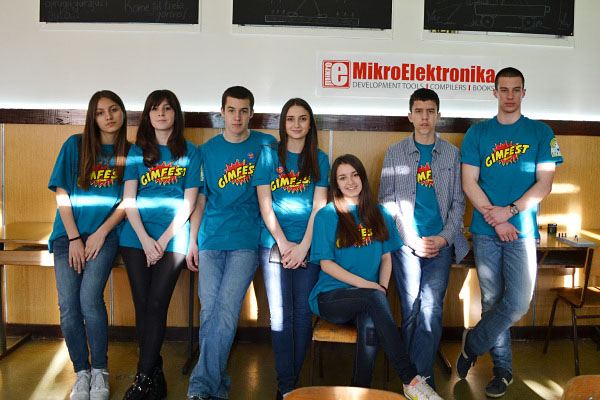 Held in the Serbian town of Pozega, the “Gimfest” science fair (the name is a portmanteau of Gymnasium and festival) is a high-profile version of your average high-school science exhibition. Held for what is now seven years in a row, it attracts visitors from surrounding towns and cities by the thousands — more than four thousand passed through this year to be more precise, as the on-duty statisticians at the Mathematics stand reported. 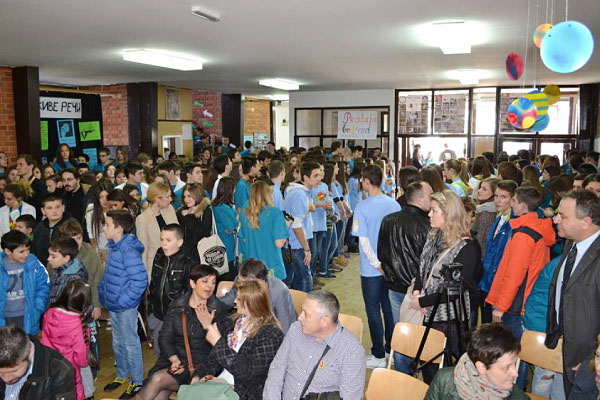 According to Dragan, the student — also Petnica member — who participated in organizing the event and who approached us with a donation request a month back, the Electronics stand attracted the largest number of people (among 35 other stands) 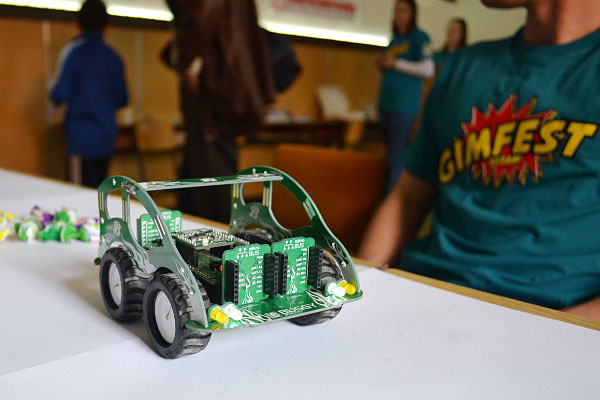 Younger visitors were most attracted by the Buggy, while older kids and grownups were more engaged by the SpeakUp and various other demos, from simple 8x8 click displays to laser sound transfers. There was even a robotic hand and visitors used it to grab a total of 4kg of candy. 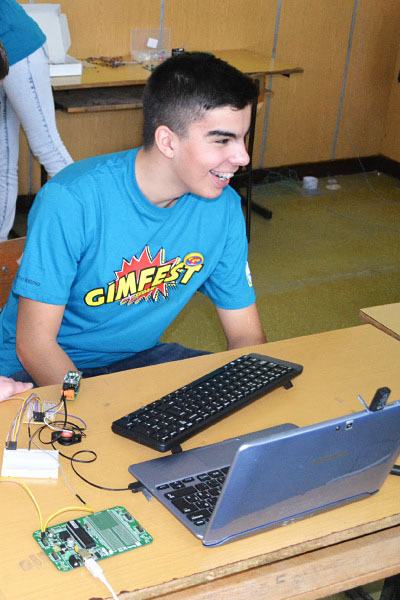 In the days leading up to the festival, the Electronics team spent their after-class evenings in a coding and soldering frenzy, getting everything ready for the one-day event. In the end, the effort paid off as this year’s Gimfest was among the best organized so far, receiving most visitors, and getting the largest amount of press coverage.

In conclusion, a bit of MikroE trivia that might come in handy if we ever organize a quizz or something: SpeakUp’s TV cameo is the board’s second media appearance after showing up in a newspaper in Miyanmar.