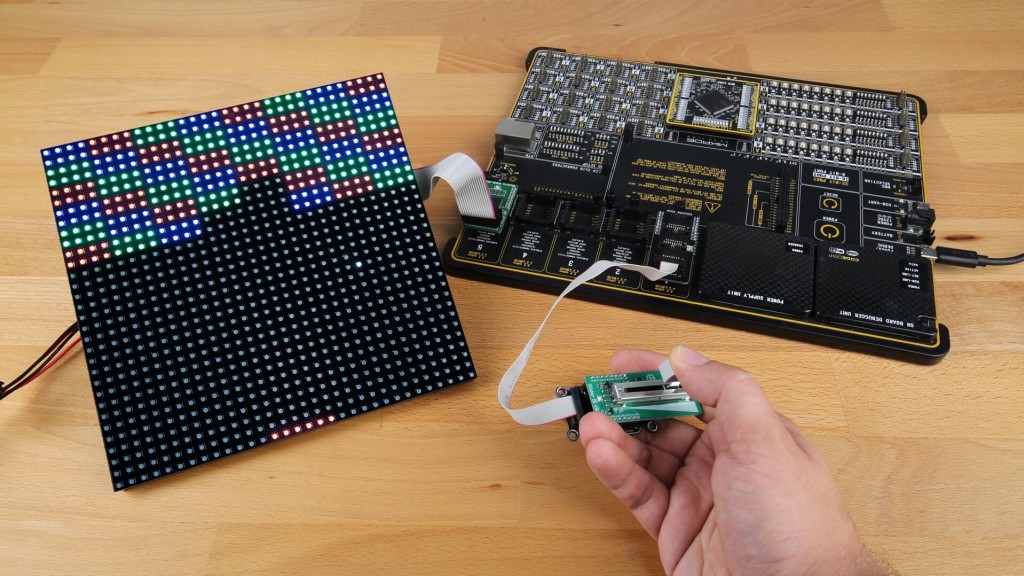 Breakout is an arcade game developed and published by Atari, Inc., and released in 1976. It was conceptualized by Nolan Bushnell and Steve Bristow, influenced by the seminal 1972 Atari arcade game Pong, and built by Steve Wozniak.

In the original breakout game, you have a layer of bricks lines the top third of the screen and the goal is to destroy them all. A ball moves straight around the screen, bouncing off the top and two sides of the screen. When a brick is hit, the ball bounces back and the brick is destroyed. The player loses a turn when the ball touches the bottom of the screen; to prevent this from happening, the player has a horizontally movable paddle to bounce the ball upward, keeping it in play.

Today, we are going to show you our version of the game.

Mikroe Breakout game begins with six rows of bricks in different colors - red, green, and blue. Using a single ball, the player has to knock down as many bricks as possible by using the walls and/or the paddle below to ricochet the ball against the bricks and eliminate them. If the player's paddle misses the ball's rebound, they will lose a turn. The player has three chances to try and clear two screens of bricks.

If you want to make this game by yourself, or you want to see how it was made in detail, all the hardware and software requirements and settings, as well as the installment packages, you can find on our Libstock page.