Following the big release near the end of last year, a maintenance update for ARM compilers. 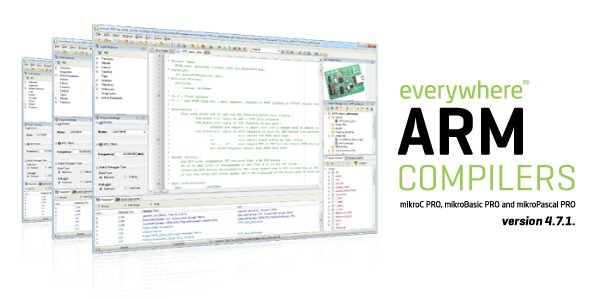 This live update mainly fixes a few specific issues. The majority of users won't notice it, but you should certainly keep your compiler up to date. Let's list the fixes.

With the UART library, some STM32F4 MCUs had an issue with wrong values for Receiver Enable bit. Fixed.

Value for I2C constants for various STM32 M4 MCUs corrected. As is the I2C multislave problem that occurred with STM32 M0 chips. The I2C library for STM32 M7 also had some tweaks done.

Few STM32 M0 and M3 chips had slight problems with Case sensitivity with Math and MathDouble. No longer.

Finally, the GPIO library for STM32F42x and STM32F43x now can use ports J and K.

If you haven't already, to get this update, use the Help->Check for updates option in your compiler.