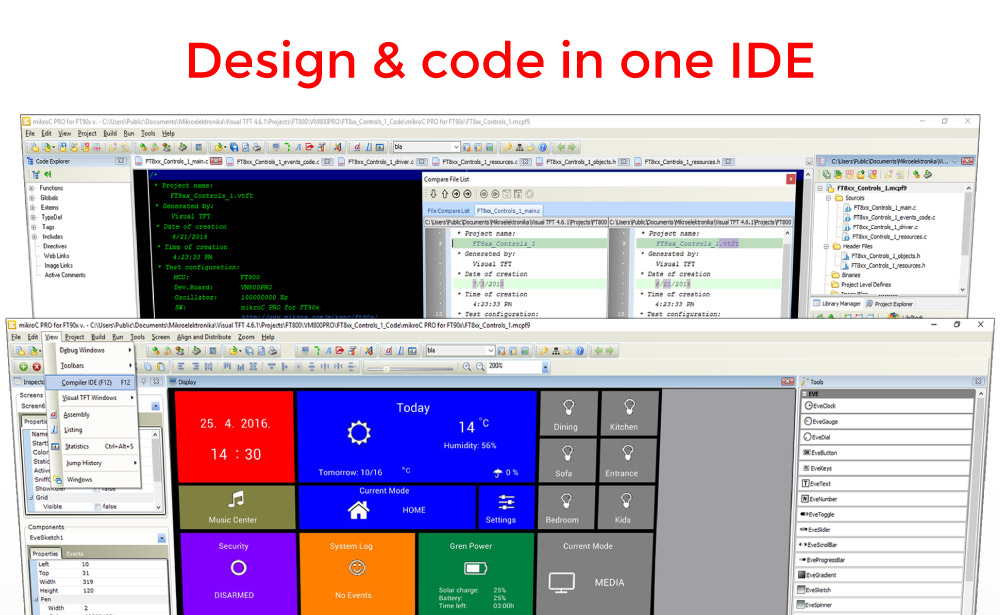 UPDATE: This article is a walkthrough for using the new unified IDE that has Visual TFT and compilers merged into a single app. Currently, mikroC, mikroBasic and mikroPascal for FT90x, dsPIC and PIC have this option. In time, all compilers will be updated.

Up until now Visual TFT and the compiler IDE have been two different entities. You had to make a Visual TFT project, do all the design and editing, and then open the compiler to get to the coding. But, thanks to the ingenious engineers at our software department, this is a thing of the past. Now, with the new merged compiler, we have compilers and Visual TFT all inside one application! You no longer have to jump between the two applications, both the designing and coding is done in one place.

Once the new compiler is opened, everything looks the same as before, however, if you take a a closer look, you will see a new icon to the right of the "Program" button - the button is called "Generate VTFT Code". This is a shortcut for which generates the code based on the Visual TFT project, the shortcut is used after you are done working in Visual TFT mode. So how do you get from the compiler mode to the Visual TFT mode?

Simple - under the "View" bar, you will find an option called "Visual TFT (F12)", clicking there, or hitting F12 will change your view from the compiler to the Visual TFT. 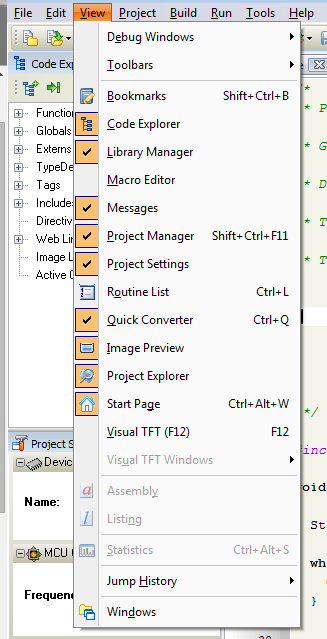 Button for switching to VTFT mode

It's that simple, you are now in Visual TFT mode, you can add the buttons, check boxes, captions, and all the other goodies which Visual TFT offers. Once you are finished, just hit "Generate VTFT Code", and everything is ready for jumping back to the compiler and coding! 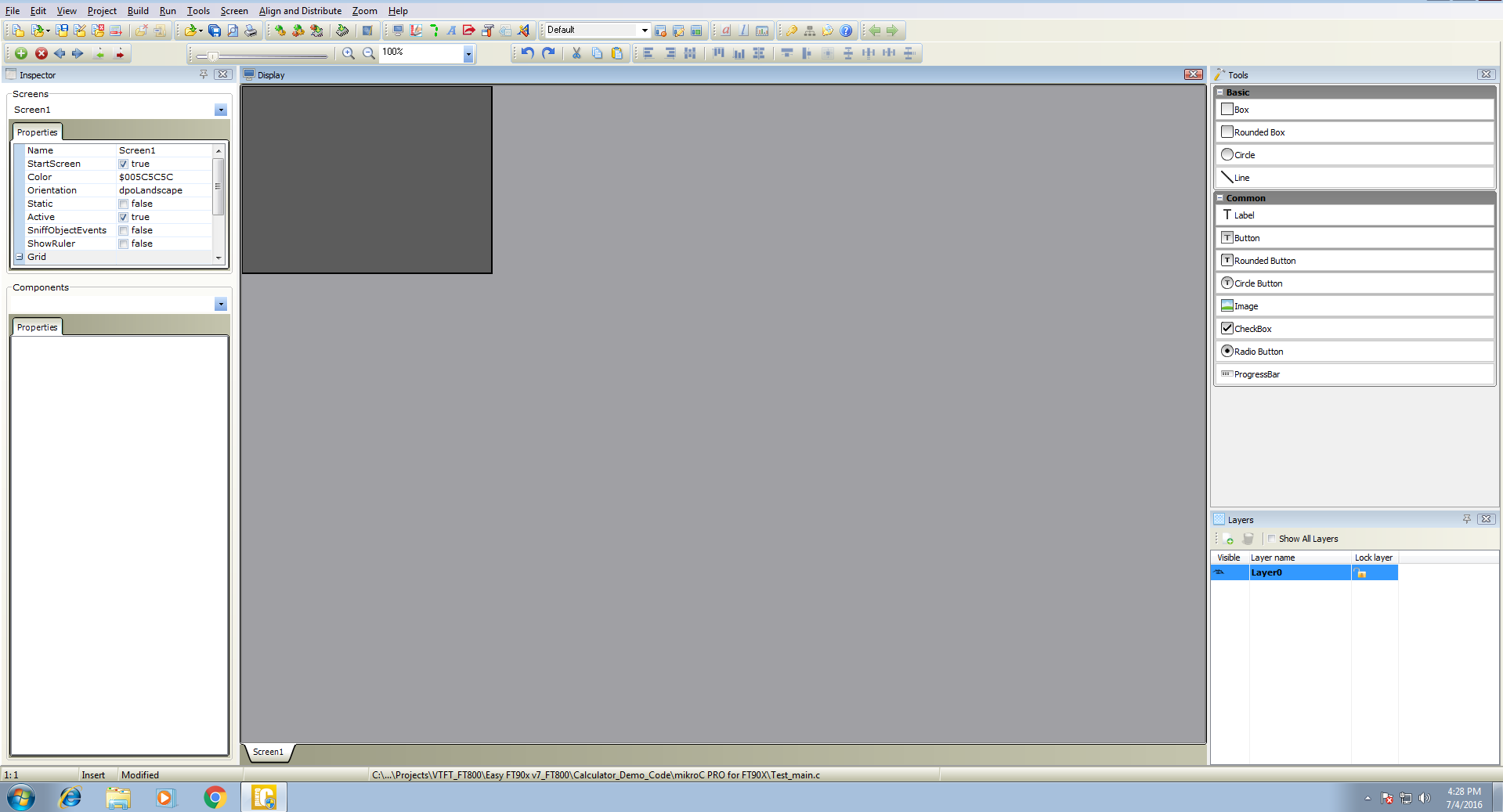 Hitting F12 again will return you back to the compiler mode, so the switching is always possible and always fast.

You can also import existing Visual TFT projects into the new IDE, and start editing it right away. Under the "Project" bar, select "Import VTFT Project". 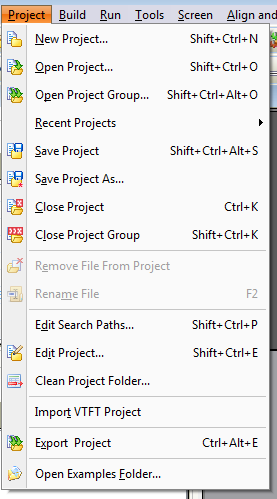 A window will appear with requiring the full path of the desired project. After that, you are free to edit your project as much as you want.

Is almost the same as before, only now you will choose if you are starting a simple project or a Visual TFT project. 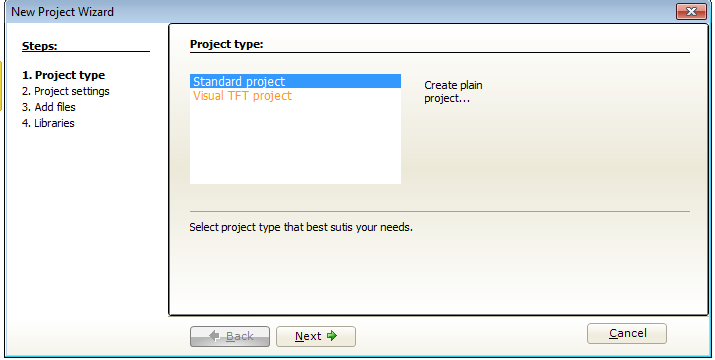 We have also added new examples to the example folder. It now contains example projects for the new mikromedia HMI displays. 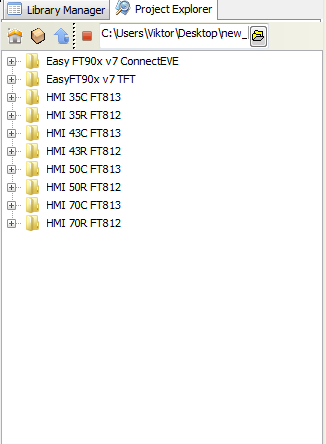 The canvas is yours

So what now? It is up to the user! Let your mind wander and create beautiful GUI's, which will be even easier to program now with our merged compiler! If you are unsure how to use the Visual TFT, you can see the tutorials here, which explain all Visual TFT features. Have fun!