The history of user interface devices is a pretty interesting one. And, while looking at how different machines have interacted with humans throughout the years, one may think it is a funny one also. From punched cards to joysticks and gloves. From joysticks and gloves to mice. From mice to voice, ingenious engineers have developed different ways in which the user will talk to the machine. Today, however, we are going to talk about only one way, the Touch Panel.

Our Easy Development boards can come with an Easy TFT Touch Panel. These TFT touch panels were all resistive. The mikromedia boards all featured the same TFT resistive touch panel also...until now. With the release of the new mikromedia HMI boards, we have introduced capacitive touch screens to our line of product. But, that doesn't mean anything if you don't know what you are looking for in your touch panel, right? So let's see what the distinguishing factors are between the capacitive and the resistive touch panels. 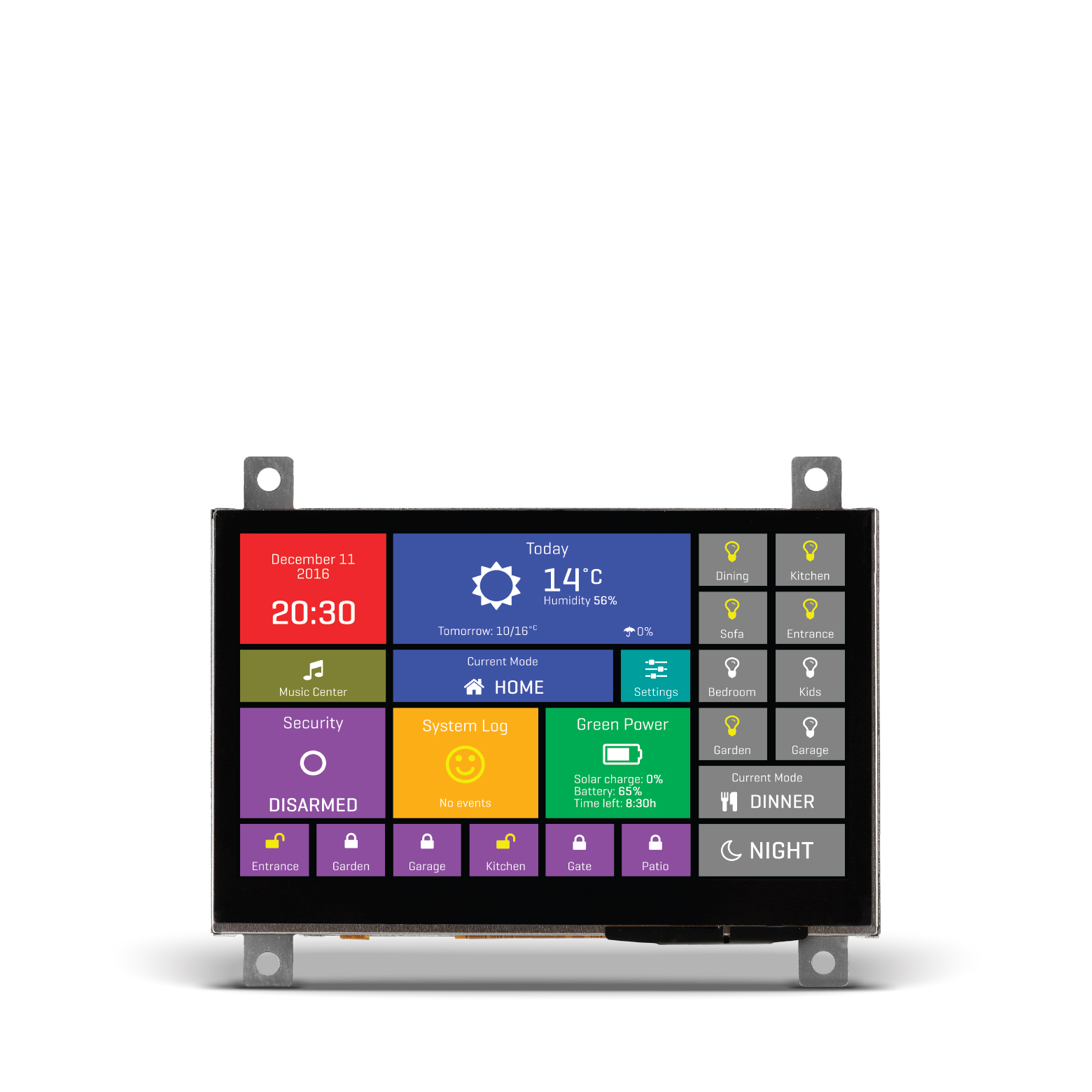 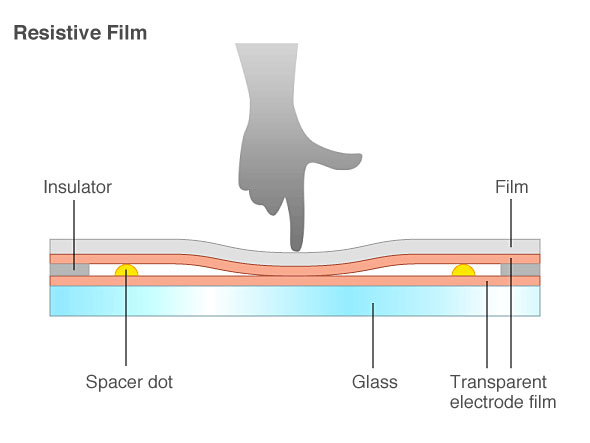 The resistive touch panel is the one with which you have to use a little bit of muscle to get it going, as they work by applying actual pressure to the screen.
The technology behind the resistive touch panel is pretty straight forward:
The panel is made out of a glass screen and a film screen, which are separated by a little gap. Inside the gap, on each screen, there's a film layer which contains electrodes. When the film screen is touched with a finger or any other type of object, it bends. When bending, the two electrode films connect, which generates a current flow.

The surface capacitive is a simple one: there's a thin layer of electrodes which lies under a glass surface covered with a protective layer. Four electrodes on the corner of the panel are providing electric voltage to the film. When a conductive material (such as a human finger) is near the electrode film, there's a change of the electrostatic capacity. Measuring these changes, the controller figures out where a touch has occurred.

The surface capacitive is often used on big surfaces, since the touch sensing isn't really accurate. 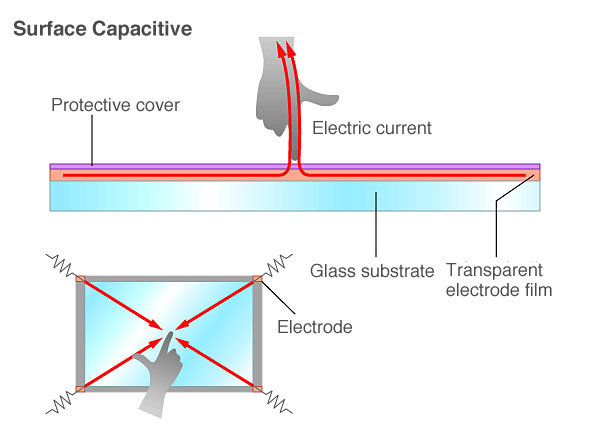 This one is a little more complex. Underneath the glass and protective cover lies a pattern of electrode layers. This pattern forms an X,Y plane which the controller uses to calculate a touch event. Forming the pattern results in more accurate touch sensing, which is why this type of touch panels are used on mobile phones and similar small devices. 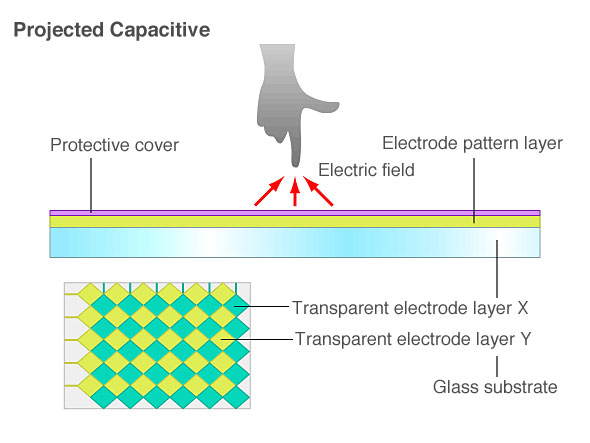 There you have it! Want to take out your frustrations on a touch display? Why not resistive?? Want to graciously type away like a piano maestro, capacitive is the display for you. Fortunately, we now support them all, so you can choose whichever interface suits you the most!