The year started in 6th gear. The main focus was on employing new people since the workload was increased drastically. In just four months, the company increased the number of employees by 20%. Libstock community website reached its 200th code post. EasyPIC PRO v7 board was released, covering high pin-count PICs. MikroElektronika became an official member of ARM connected. A new version of ARM compilers was released, supporting the Cortex™-M4 family of Stellaris microcontrollers. In June 2012. the company released the entire toolchain for STM32 microcontrollers. MikroElektronika became the official third-party partner of STMicroelectronics. It was a giant leap forward. New compiler releases, new boards, and standalone programmers were forming a complete development circle. 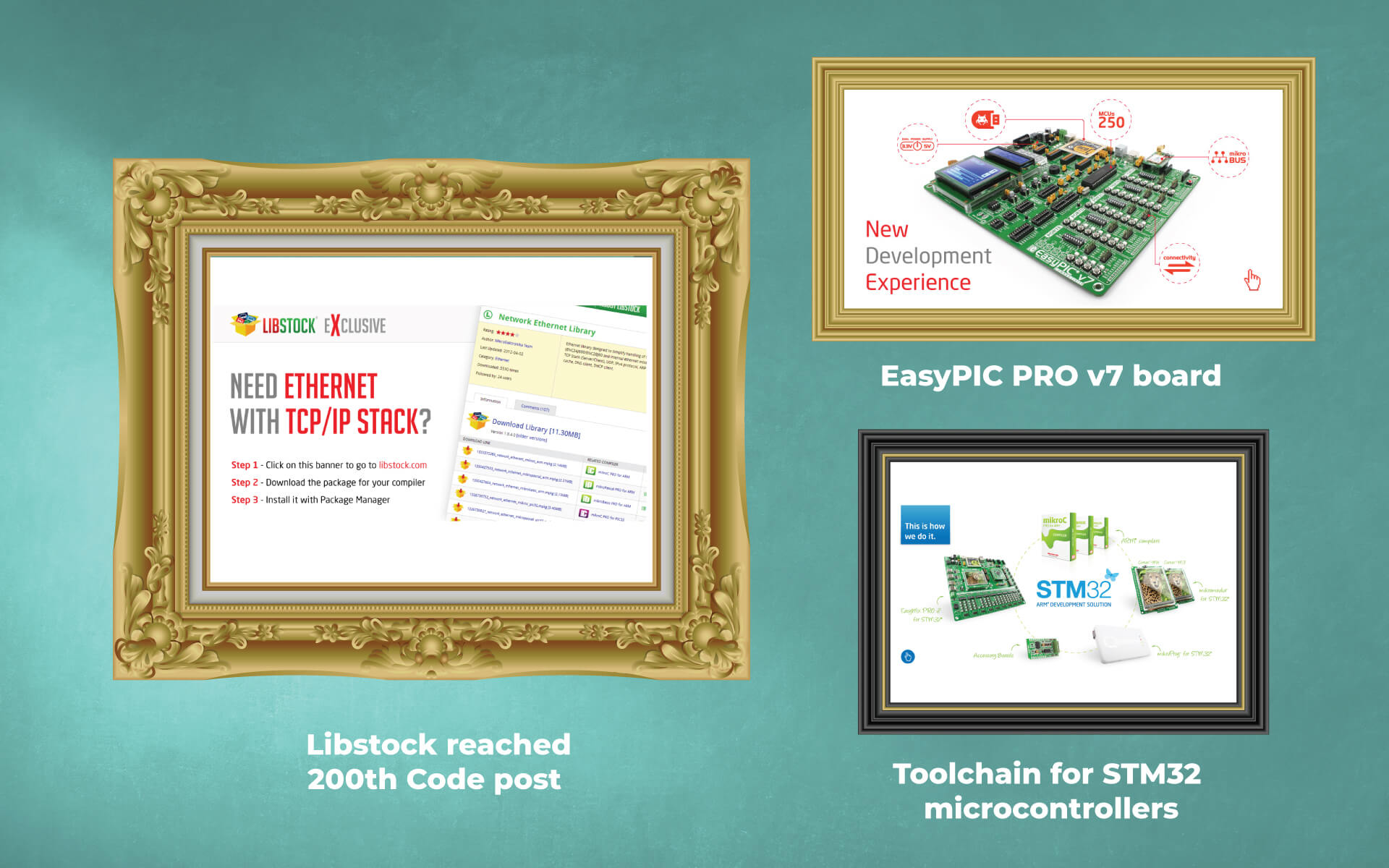 This became the company’s new way of doing things. When a new vendor is introduced, the entire toolchain is released. The number of Click add-on boards climbed to 25. New mikromedia boards for enhanced 16-bit dsPIC33EP and PIC24EP MCUs were released as well. EasyPIC v7 for dsPIC30 was introduced, replacing EasydsPIC6. In early July, MikroElektronika released the mikromedia workStation v7 board as the first big development platform for mikromedia boards with Microchip microcontrollers. Most of the website was redesigned, and a new shopping cart service was introduced. This was a big leap forward in the company’s online business and marketing.

Every day at 10 AM CET a new blogpost is waiting for you. Make sure to visit our website and learn more about the road from an electronics magazine all the way to the company of one hundred employees devoted to improving the world of embedded.