Today we are taking you back to the 5th year of MIKROE, when the 2nd and 3rd generation of boards were first introduced.

Second-generation boards with onboard USB programmers included EasyPIC2, BIGPIC2, PICPLC6, PICPLC16, EasyAVR2, Easy51, and UNI-DS. BIGPIC2 had MCU cards which enabled the use of high pin count PICs. MikroElektronika developed first dsPIC boards: EasydsPIC, dsPICPRO and dsPICProg as a standalone programmer. The first C compiler for PIC was released. It was called mikroC for PIC. mikroPascal for dsPIC followed. 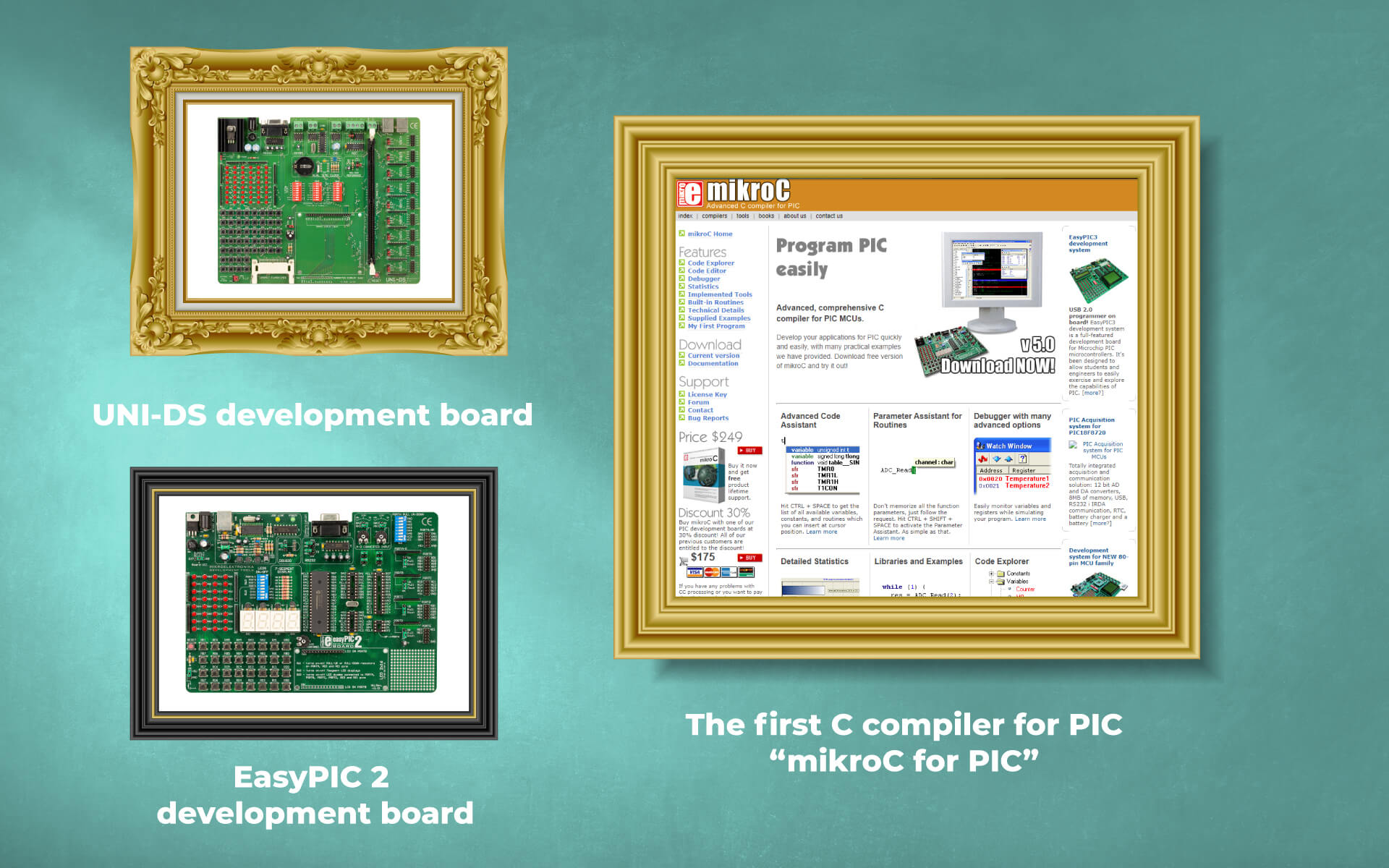 The company had a collection of 13 additional boards in offer. All this happened in the first eight months of the year. In the meantime, the team frantically worked on the following (third-generation) board. It was released in December 2005. The third generation board featured USB 2.0 programmers and new form factors. mikroBasic for dsPIC was introduced as well as mikroPascal and mikroBasic for AVR compilers. The company grew to have 11 distributors by the end of the year.

In case you missed previous blog posts, and you want to learn more about the making of MIKROE, visit #20yearsIn20days blog category. :)

Until Monday,
Your MIKROE