#20yearsIn20days - One of the best years in MIKROE history

In the year when the company celebrated its 10th birthday, MikroElektronika had one of the best results in its history. The profit peeked, the number of important new cooperation emerged, and dozens of new products were released. In March company introduced PIC32 compilers with powerful new SSA optimizations. New hardware products were released almost every week: SmartGLCD, StartUSB for PIC, Ready for PIC, UNI-DS6, MINI-32, and many more. The website was redesigned to a more stylish look. New mikromedia boards for XMEGA and PIC32 were released too. In June company released its first All-Microchip programmer and debugger called mikroProg. With a modern new look and powerful electronics, it supported over 570 microcontrollers. 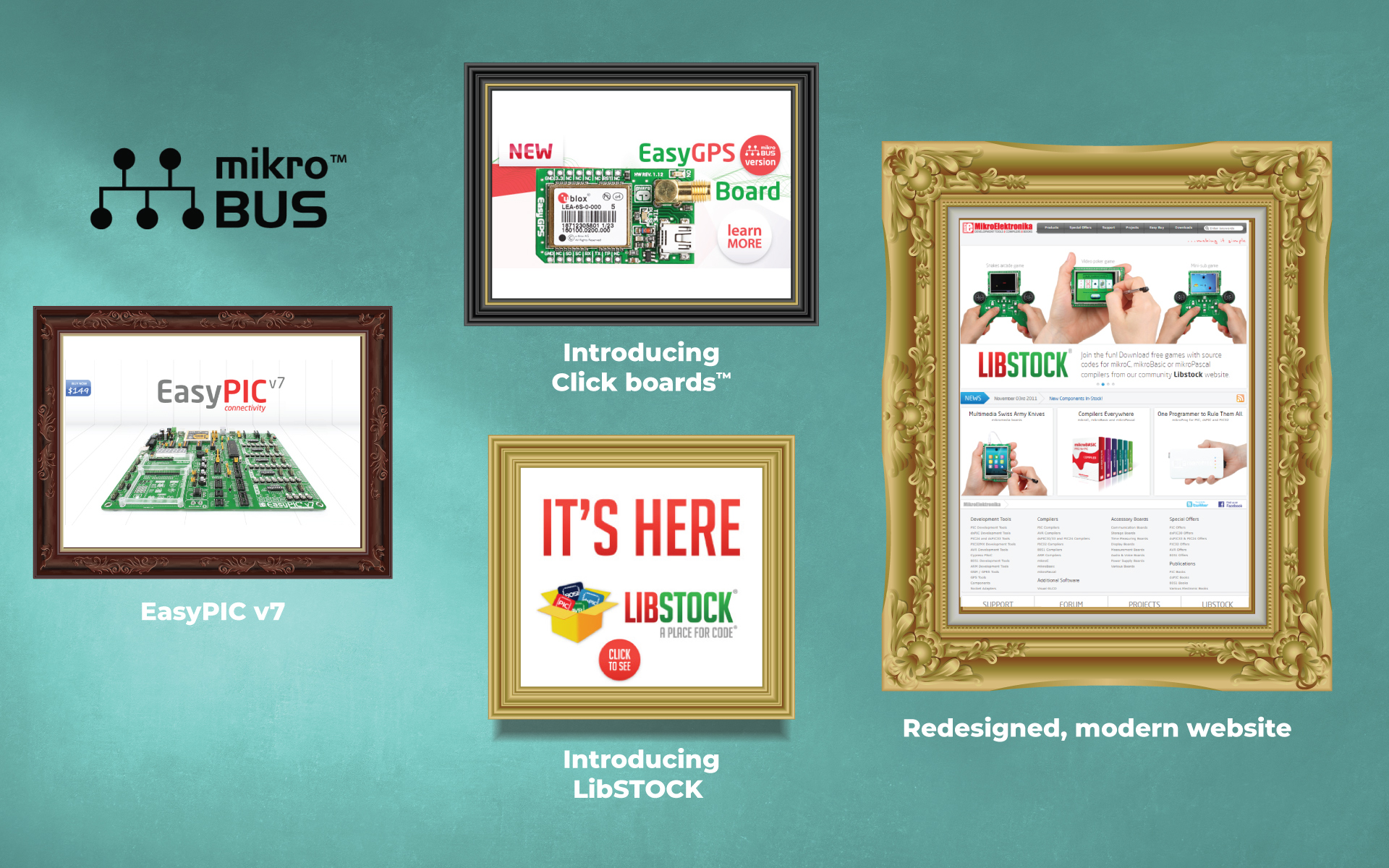 mikroProg opened a door for a new generation of powerful onboard programmers and debuggers that will be introduced later this year with 7th generation boards. On July 7th, Mouser Electronics officially became the company's first worldwide distributor. Office space once again became too small to accept more and more employees, so the necessity for a large new building forced the company's CEO to find the best solution as soon as possible. By the end of June, MikroElektronika acquired a building in the industrial area with over 3500 square meters of space. It was a huge event, and everyone gathered to celebrate deep into the night. In late August, a new community website called Libstock was introduced. People were given the infrastructure for sharing and downloading code for free. The company began sharing exclusive libraries on libstock. On October 7th, MikroElektronika introduced its first 7-generation board: EasyPIC v7. It was completely revolutionary, completely redesigned, and the audience accepted it instantly. It became a top seller product in the course of just a few weeks. A new mikroBUS standard was introduced and with it a new generation of accessory boards called Click boards, by the end of 2011. MikroElektronika had a special request from Texas Instruments to redesign its Analog System Lab Kit board for universities. ASLK PRO was born. MikroElektronika became the official Design partner of Texas Instruments. In December 2011. new Stellaris Toolchain was released, including ARM compilers, EasyMx PRO v7 board, mikroProg programmer, and mikromedia board. Overall, this was a fantastic year with a fantastic ending.

We are posting a new article every day and reflecting upon each year at MIKROE! Come back tomorrow at 10 AM CET, we will be taking you to 2012!