The year was marked with frequent visits to the construction site where the new building was slowly taking shape. In between those visits, we earned some nominations and awards. At Embedded World in Nuremberg, EasyPIC Fusion was nominated for Best Tool. CEO Nebojsa Matic was proclaimed entrepreneur of the year by Blic, a prominent daily newspaper in Serbia. All the while, the company was growing, barely contained by the office space it was in. RS Components and Farnell became our global distributors, joining Mouser. 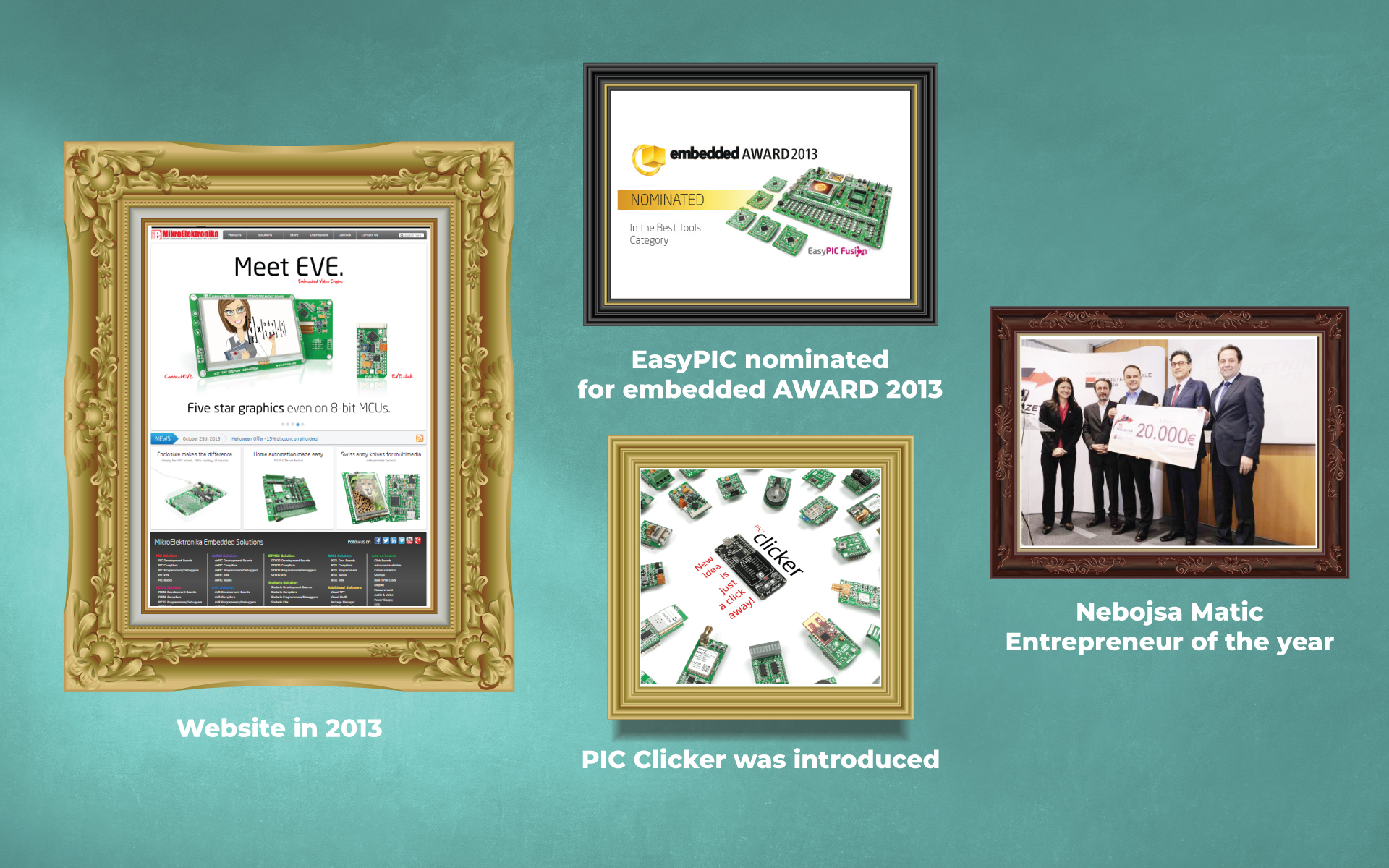 This was also the year where mikromedia boards started growing, first with mikromedia+ for STM32 and mikromedia+ for PIC32MX, then with mikromedia 5 for Tiva. We aslo went the other way, releasing smaller development boards: PIC clicker was introduced, a compact starter kit to complement the growing number of click boards. Finally, by the end of the year, we moved into our new HQ, properly marking the occasion.

We are posting a new article every day and reflecting upon each year at MIKROE! Come back tomorrow at 10 AM CET, we will be taking you to 2014!