In 2006, MikroElektronika became an official consultant to Philips and released the first ARM development board - EasyARM. The website was redesigned and moved to a current domain - www.mikroe.com. For the first time, it contained special offers - unique bundles of compilers and boards at special discount prices. The company acquired its first through-hole soldering machine – ERSA 250. Up to this moment, all assembly and soldering was done by hand. New machine increased the production capacity almost ten times. The team kept the spirit of in-house innovations constantly active. The result of this were 4th generation boards. 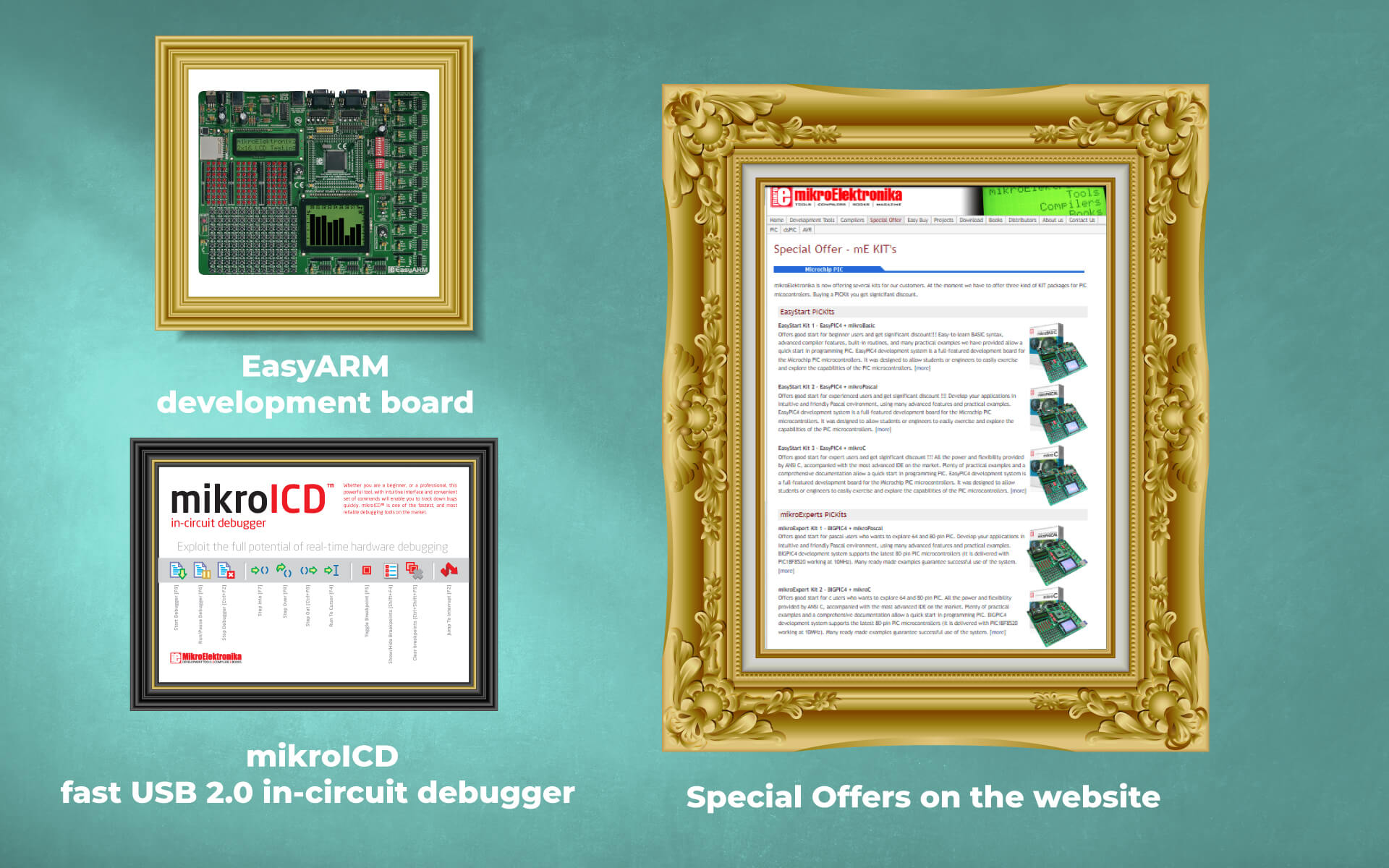 For the first time in the world, one company released a proprietary in-circuit debugger for Microchip PIC and dsPIC microcontrollers. MikroElektronika boards were now equipped with mikroICD, a fast USB 2.0 in-circuit debugger, supported in the new version of PIC and dsPIC compilers. The list of additional boards grew to 28. The company had a special deal to create compilers for a unique controller - voice recognition module RSC-4X. It lead to mikroC for the RSC-4X compiler and EasyVR stamp development board. The board was so attractive that customers kept asking about it long after it was discontinued. Matic spent most of his time dealing with the design of the company's new office space in the city center. The era of Balkanska street was coming to an end.

To celebrate our 20th birthday, we have decided to reflect upon the years behind us, and appreciate all the things that made us what we are today. We are posting a new article every day and reflecting upon each year at MIKROE! Come back tomorrow at 10 AM CET, when we will be taking you to 2007.