"As crazy was to start a company with no money, it was crazy to write our own compilers from scratch. We wanted to do something completely different, to give the world an alternative that was easy to use, friendly and powerful at the same time. mikroPascal, mikroBasic, and later mikroC were exactly what embedded programmers needed. Easy to use, fast, with lots of tools, libraries, examples, and they had a choice like nowhere else in the world - that they could choose between three popular languages: C, Basic and Pascal."

We hired even more people, the website had been redesigned, and the English version became the new standard. MikroElektronika became an official third-party partner of Microchip and Cypress. New team members started developing compilers. Later that year first mikroPascal for PIC was released, followed by mikroBasic for PIC. It was the beginning of the software department. Compilers were rich in examples and libraries and incorporated Matic’s philosophy of making things simple for engineers, beginners, and hobbyists. Hardware guys worked hard on designing second-generation boards, which were scheduled for release in 2005. 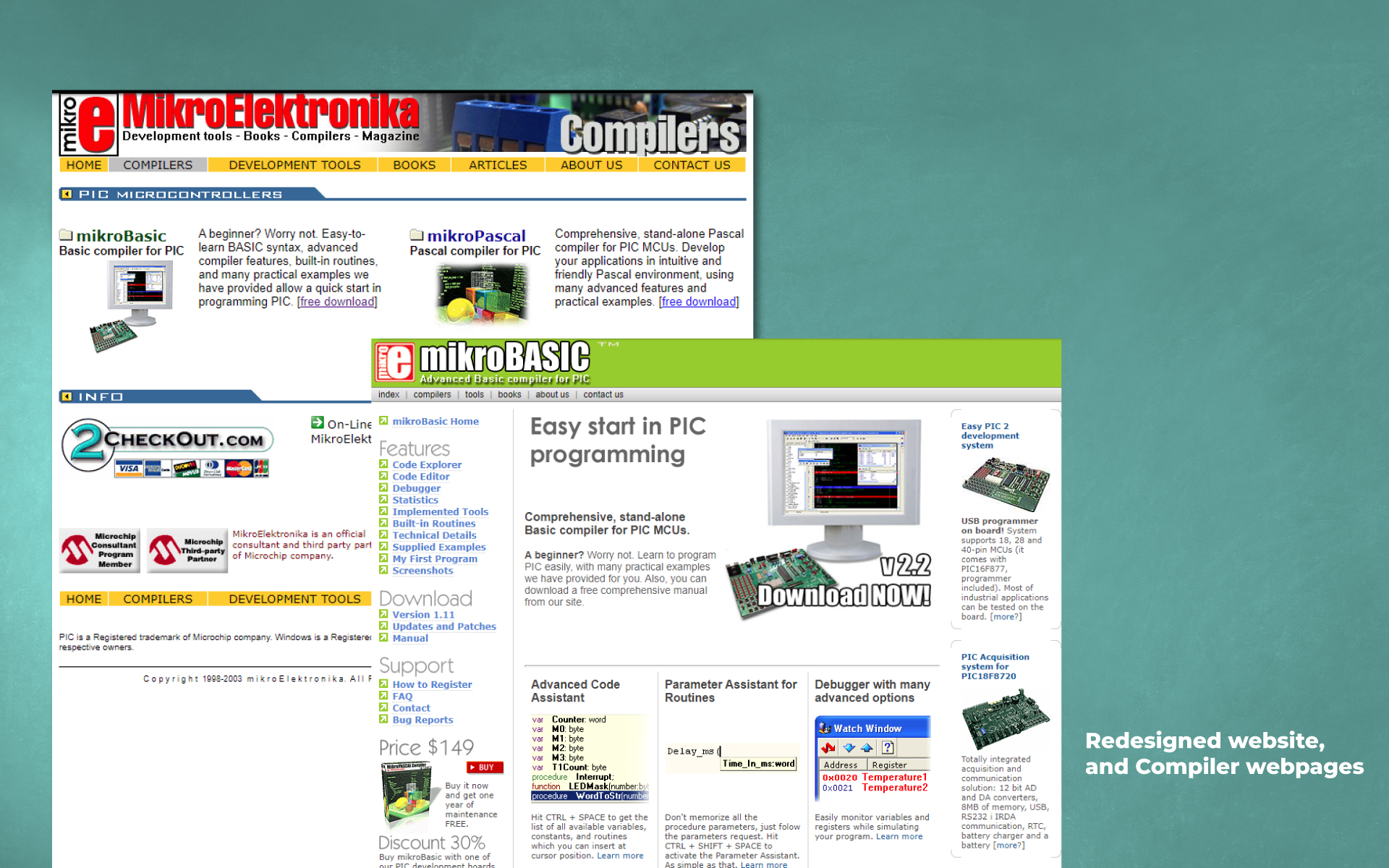 Every day at 10 AM CET a new blogpost is waiting for you.  Make sure to visit our website and learn more about the road from an electronics magazine all the way to the company of one hundred employees devoted to improving the world of embedded.