#20yearsIn20days - Hexiwear, the awards, education and an increased production

With the introduction of a revolutionary Hexiwear product, funded through the crowdfunding platform Kickstarter, 2016 brought five awards to MikroElektronika. It opened the door for participating in many more maker faires worldwide. The Hexiwear awards included no-less-than three awards at the ARM TechCon 2016 Innovation challenge! Another recognition the Hexiwear got was the Hackster Maker Madness competition award for the Best for Prototyping development platform and the ECN IMPACT Award for the Best rapid prototyping tool on the market. The Hexiwear was also featured at the NXP FTF Technology Forum keynote. The hackster.io design contest was launched.

2016 was a very fruitful year for MikroElektronika for the new products and accomplishments. Our Software department has introduced the Kinetis NXP family of MCUs. A new breed of mikromedia boards optimized for industrial applications – the mikromedia HMI has been another distinguished line of products that marked the year. 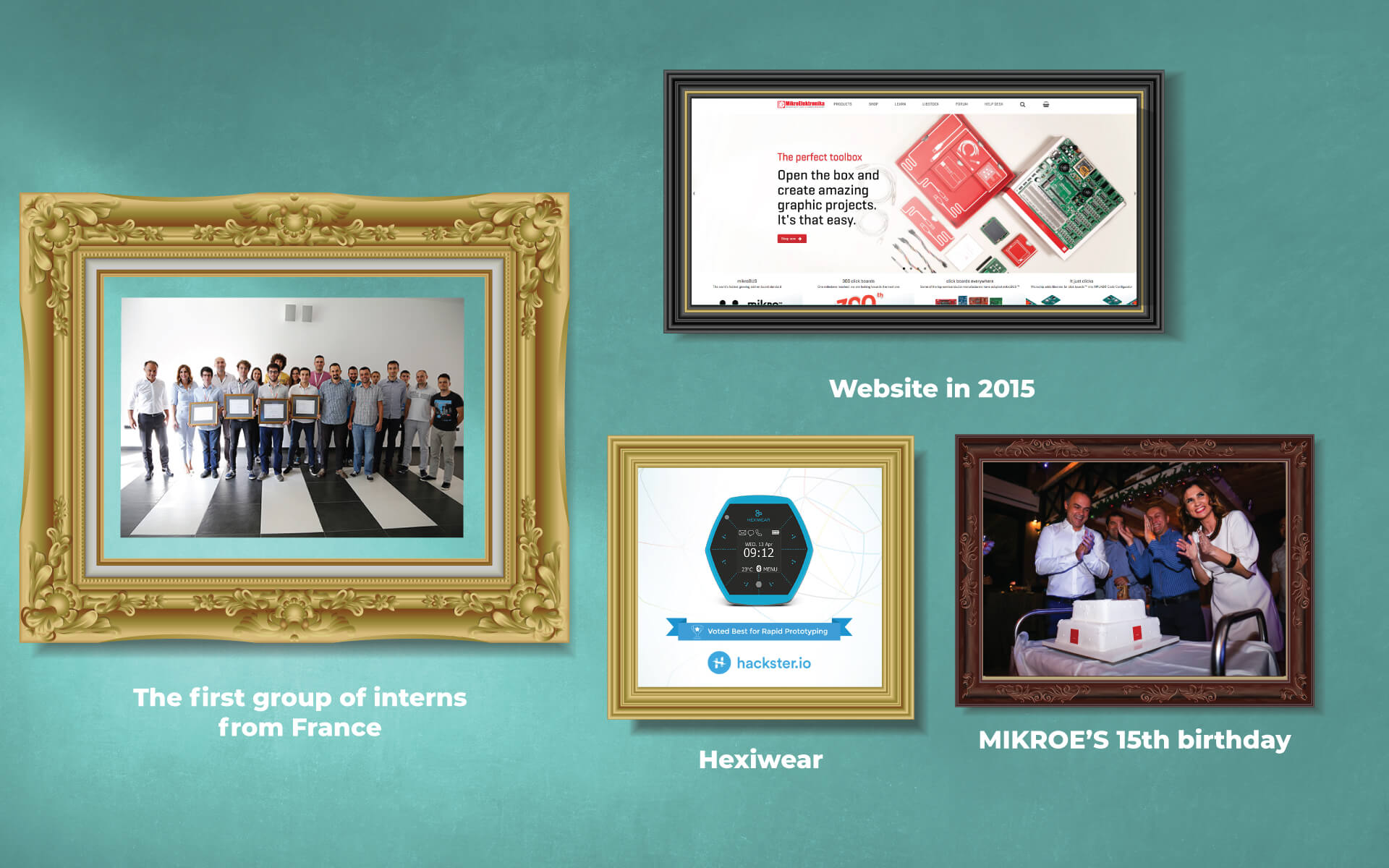 The recognition came from the sphere of education, too: the first group of interns completed the program that year. We had hosted a team of students from France for two months, showing them first-hand the complete process of designing and producing Click boards. Organized around the idea of letting students execute small projects from start to finish, our internship program makes it all the more significant professional experience for interns.
Our production process got upgraded by acquiring new machines. The new Pick&Place INNEO machine started its operation, doubling the production productivity. The total number of different Clicks we ever produced had risen to 250.

To celebrate our 20th birthday, we have decided to reflect upon the years behind us, and appreciate all the things that made us what we are today. We are posting a new article every day and reflecting upon each year at MIKROE! Come back tomorrow at 10 AM CET, when we will be taking you to 2017!