2003 was a milestone. The first MikroElektronika USB PIC programmer in the world was developed! It was called PIC Flash. MikroElektronika also became a Microchip registered consultant. PICPLC and PIC-Acquisition boards were released. PSoC development board and a proprietary programmer were also added to the collection. The first big orders from abroad were placed at the beginning of the year. 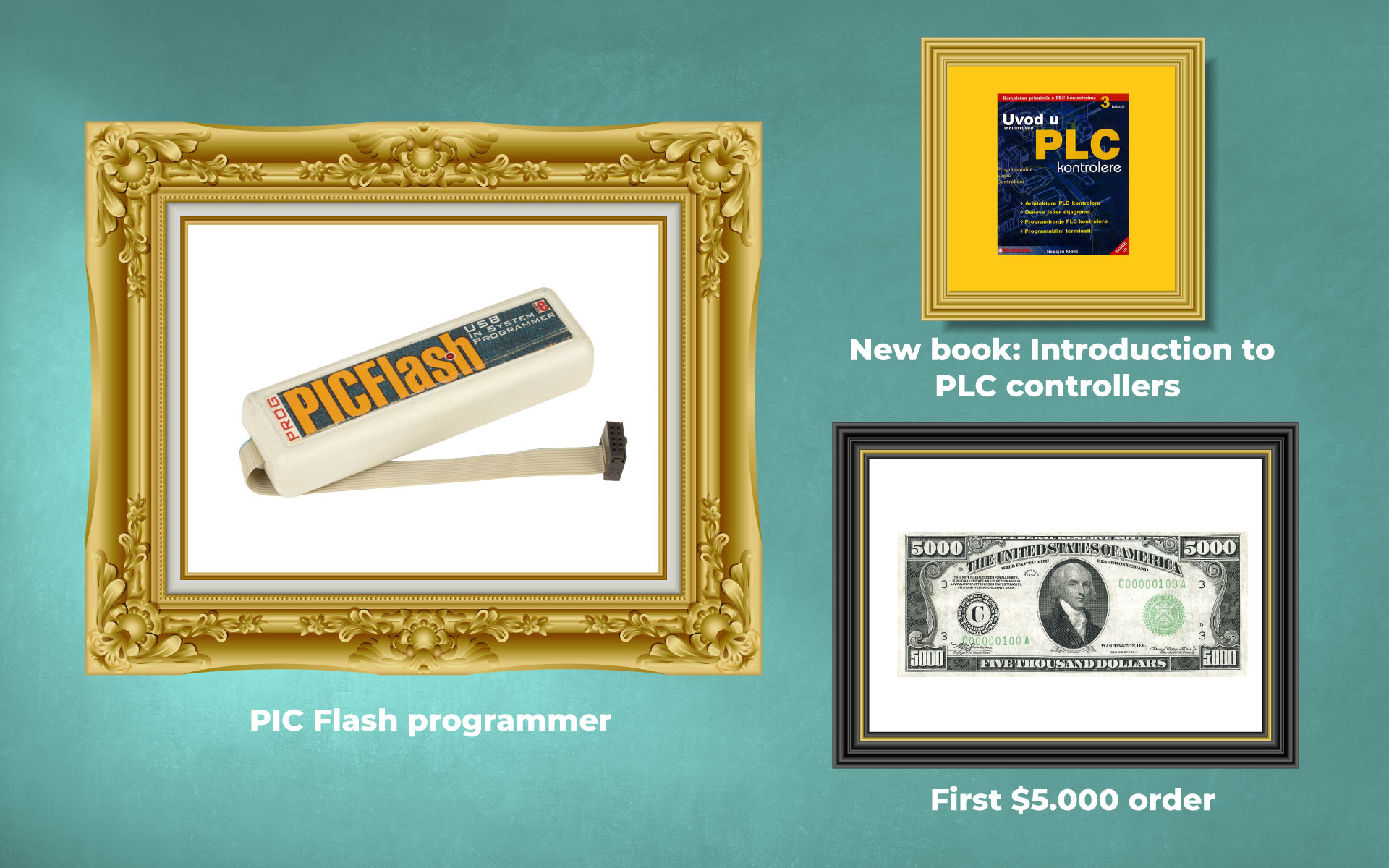 Payment via 2CO service was introduced on the website. When Lextronic, who became the company’s distributor in France, ordered $5000 worth in boards, the entire team had a huge party. The same year Matic had a car accident and ended up in a hospital for three weeks. He broke his arm, but still, he decided to write a new book - “Introduction to PLC controllers”. He wrote it with one finger on his left arm, and the process was "painfully slow" as he says. But, it was worth it. It instantly became a top seller. As the year drew to a close, things heated up. The company released its first EasyPIC and BIG PIC boards, as well as its first add-on boards.

"When MikroElektronika was founded first orders were processed over 2CO account of a friend from Australia. He was of great help. A complete stranger and a millionaire who liked us and our enthusiasm. He wrote an e-mail and offered to help us until we had our own 2CO. We accepted his help. Our worldwide audience accepted us very quickly. Our first big orders were from France and USA. We received our first $5.000 order from Lextronic, who is now our distributor." Says Nebojsa Matic about the first $5000 order.

Tune in tomorrow at 10 AM CET, when we will be taking you to the year 2004 when the first MIKROE Compilers were introduced.