In 2009, with new SMD technology, the company wanted to introduce 6th generation boards and redesign additional boards to use SMD components too. In the first quarter company released its first PIC32 development board - LV-32MX. In October it announced EasyPIC6, BIGPIC6, EasyAVR6, and BIGAVR6 boards - for the first time with a new layout and new SMD components. 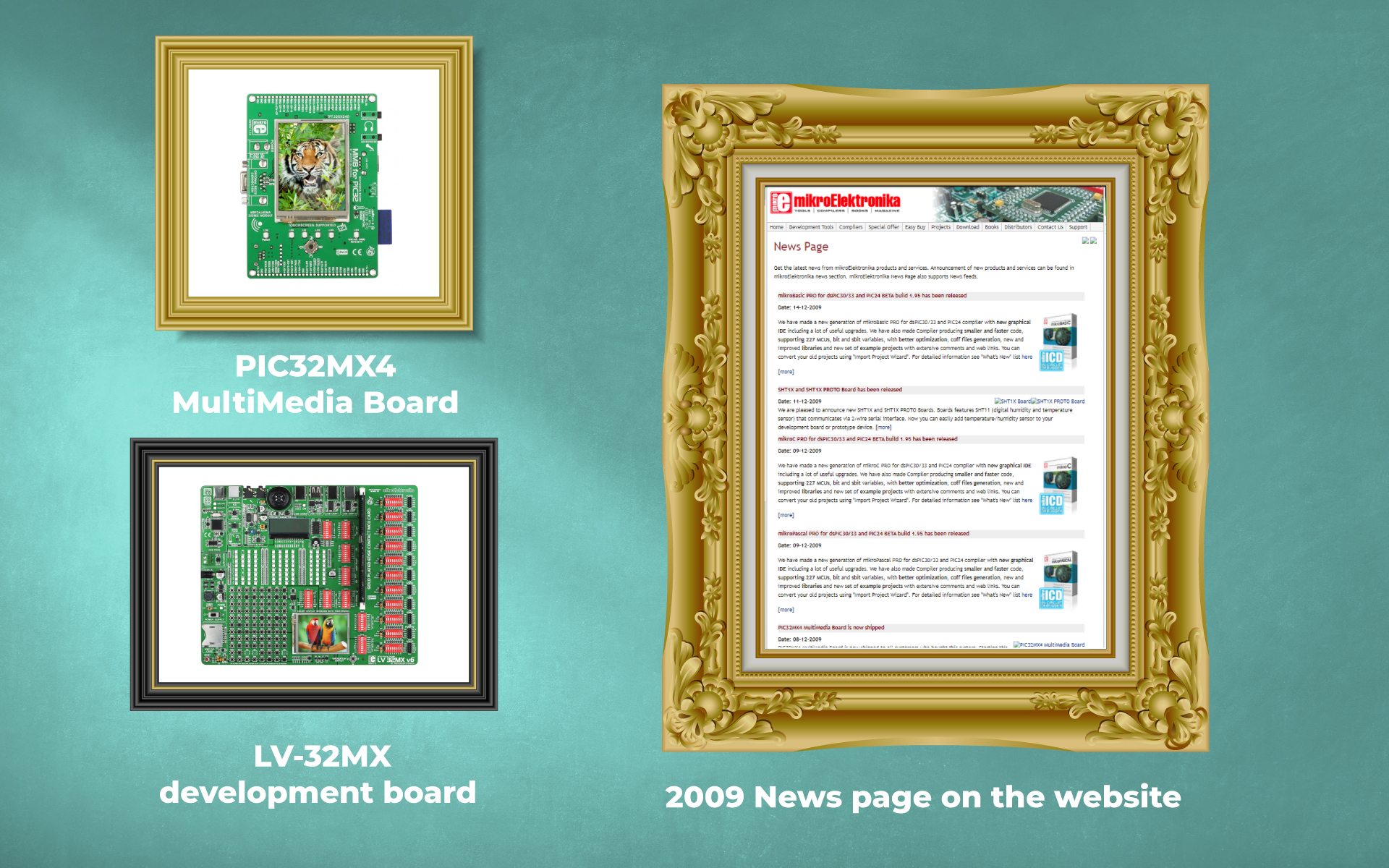 Since hobbyists and beginners were not so familiar with SMD, the company made sure to provide detailed schematics and manuals with photos of each component in order to show customers that SMD is just as user-friendly as through-hole. All compilers were redesigned. New IDE featured docking support, layout and color schemes, and new tools. The number of libraries and examples increased dramatically. By the end of the year, we released the PIC32MX4 multimedia board.

To celebrate our 20th birthday, we have decided to reflect upon the years behind us, and appreciate all the things that made us what we are today. We are posting a new article every day and reflecting upon each year at MIKROE! Come back tomorrow at 10 AM CET, when we will be taking you to 2010!