During all these years at MikroElektronika, one thing was constant - improvement. In 2008. the team continued improving existing boards and introducing new ones. New EasyPIC5 and other 5th generation boards that were released contained touchpanel controllers for GLCD and had a more elegant design. EasyPIC5 quickly became a top seller and one of the company's most famous boards. New 3.3V boards are added too: LV18FJ and LV24-33A. 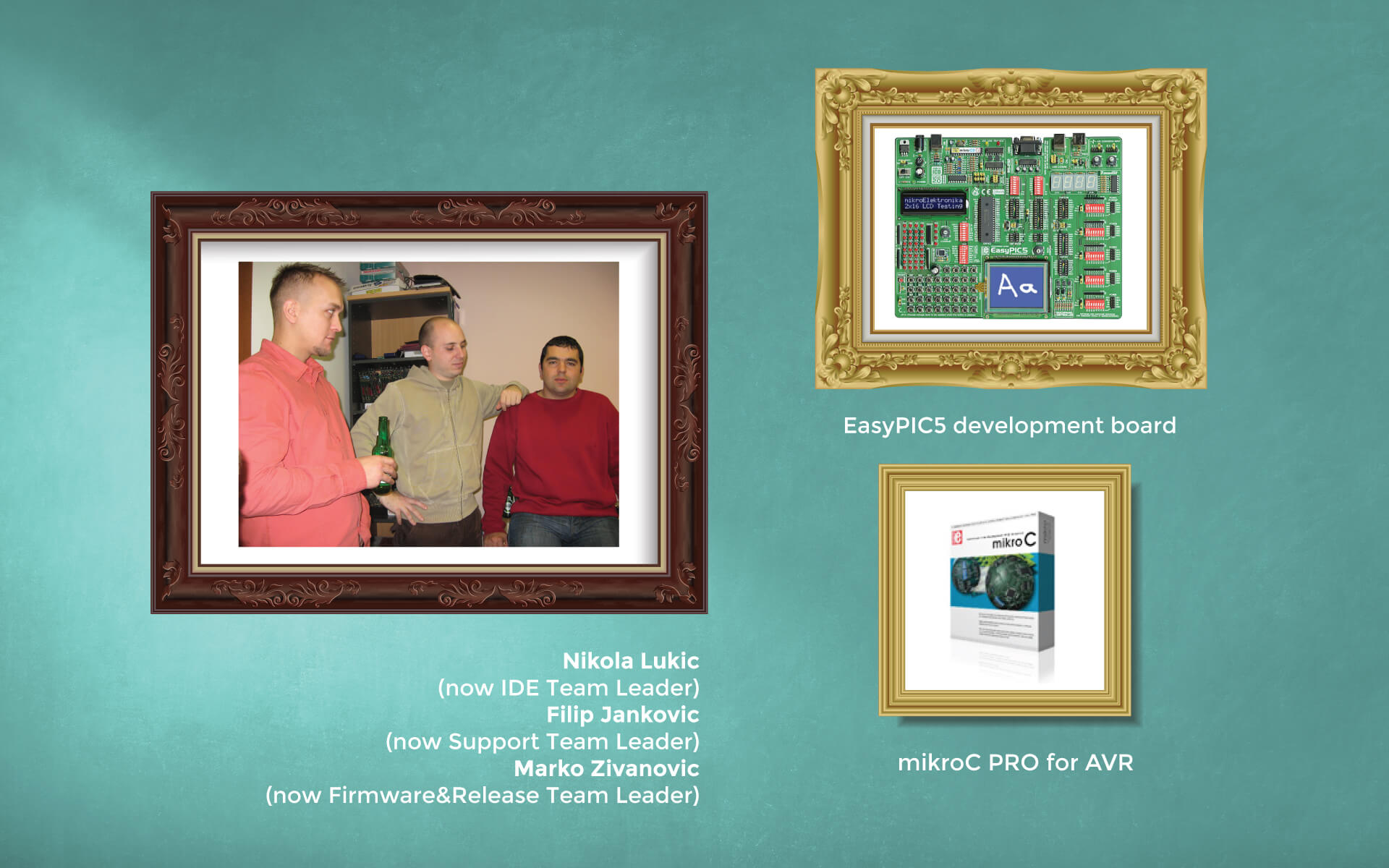 The company became the official TELIT competence center and introduced GSM development tools. MikroElektronika was producing 85 different extra boards compatible with its development boards, with 34 distributors worldwide. By the end of the year, the company released its first PRO compiler - mikroC PRO for AVR and introduced 8051 compilers as well. Due to a large increase in sales company focused on expanding production and introducing SMD technology. MikroElektronika acquired the first "Europlacer" pick and place machine. A new era of SMD was about to begin.

We are posting a new article every day and reflecting upon each year at MIKROE! Come back tomorrow at 10 AM CET, we will be taking you to 2009.