We will be turning 20 years old in a month! To mark this special occasion, we have decided to reflect upon the years behind us, and appreciate all the things that made us what we are today.

We want to show you the road from an electronics magazine to a one-man company, all the way to the company of one hundred employees devoted to improving the world of embedded. We will be posting a new article every day and reflecting upon every year at MIKROE, starting Monday, November 15th at 10 AM CET.

We have prepared special offers for you, so make sure to follow us every day so you don't miss them out :) 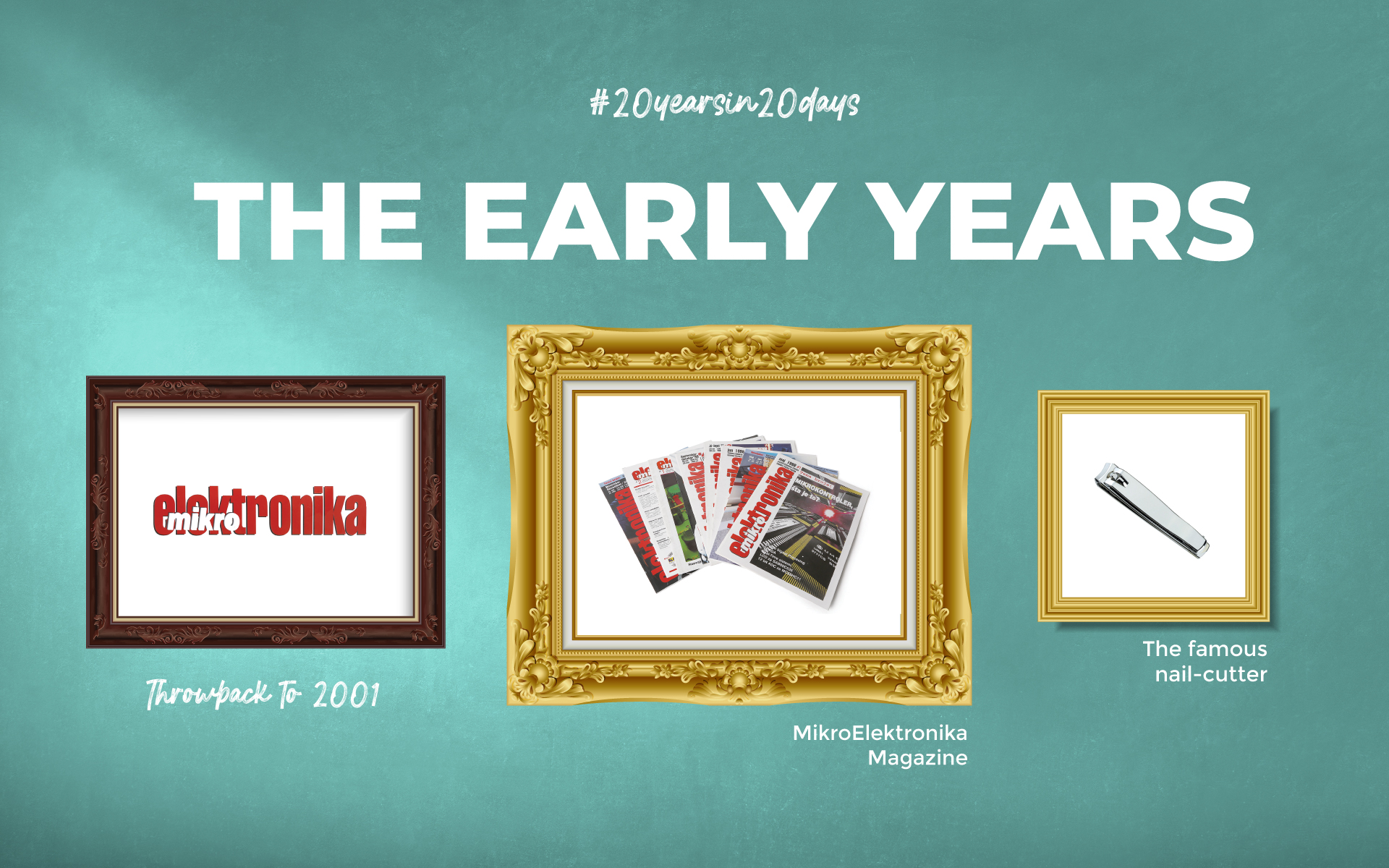 In May 1998. Matic started a magazine. The first issue was a great success. It was printed in 2000 copies and had Word-of-mouth marketing. Most customers were his colleagues and friends. Matic was the sole author of the majority of articles, he personally edited photos, schematics, and first ads. He did all designs and prepress preparations. He even carried PDF files on 3.5” floppy disks to the printers and brought back printed magazines in his bare hands using public transportation. He knew he was up to something big and he was confident of success. He soon had the first employee.

''Having only 200 Deutschmarks in my pocket, and a will of a lunatic, I began building my first development board. Those first home-made boards were soldered by hand. Preparing and soldering 10-wire flat cables were my specialty. I did it all with my nail-cutter :) I made one board per day. It took me 12 hours of work. Those first years I slept for 3 hours and wore only one sweater and one sweatpants which I washed once a week. This way I didn't lose time thinking about what to wear. I had to focus only on my work.'' said Nebojsa Matic

First book and EPIC dev. Board

In between two magazine issues, Matic and Dragan Andric, his teammate, focused on writing the first book. The title was “PIC microcontrollers”. Matic did the copywriting and Andric wrote code examples in assembly language and MPLAB. The book was a tremendous success, and since then had been reprinted in four 10,000-unit issues. Along with the book, Andric and Matic developed a board which demonstrated every topic that book covered. The board got the name “EPIC”. It had some of Matic’s original designs, such as on-board UART programmer. At that time people had to take microcontrollers away from the board and program them with separate programmers, only to return them to the target board. Matic knew that this was a waste of time and integrated a UART programmer which had a two-position switch that could be used to cut off programming lines from the rest of the board during programming. This concept was the foundation for later programmers which used multiplexers to do the same thing. 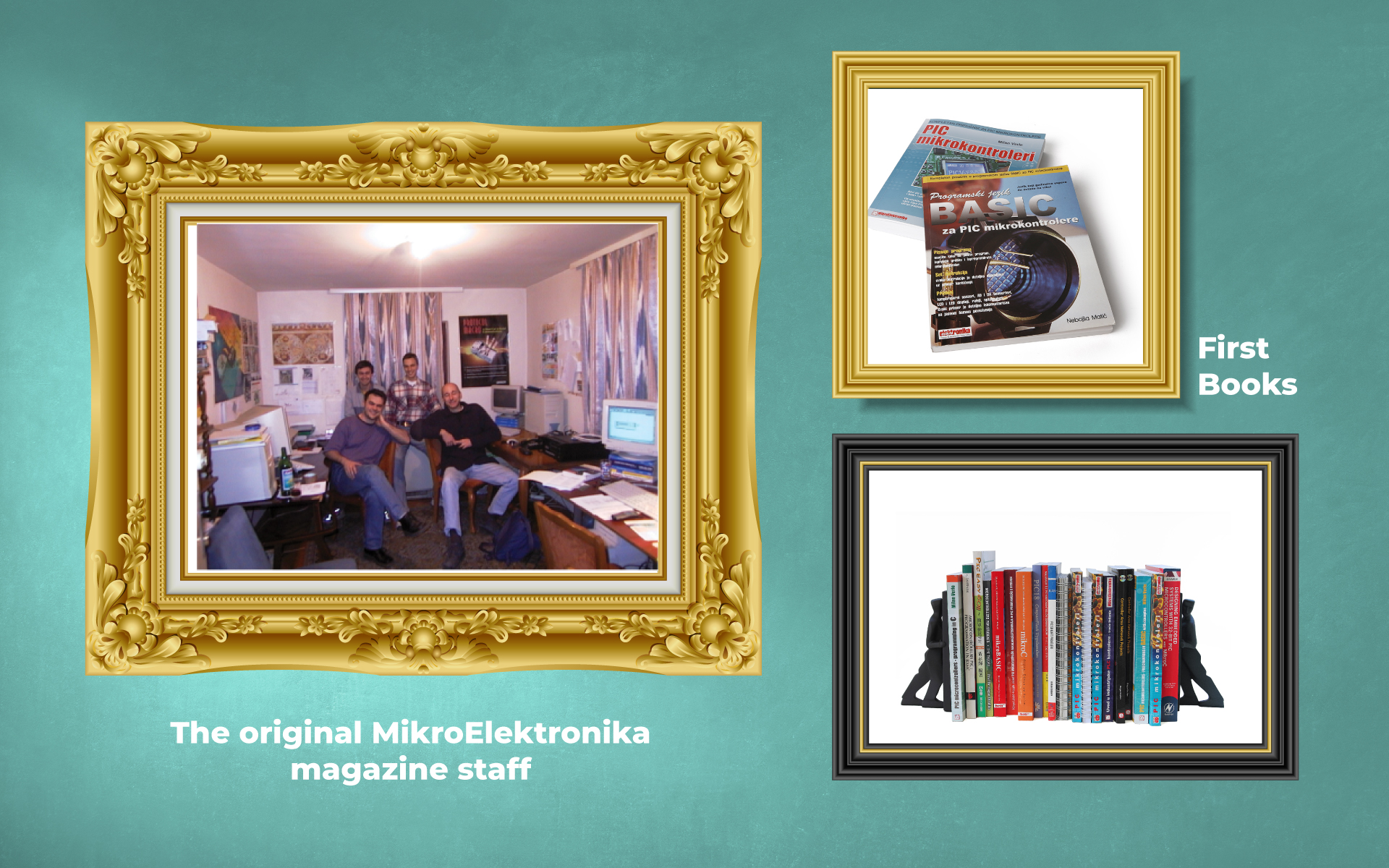 Magazine shut down, the company emerged

Matic and his early teammates were more and more involved in development board designs, and writing books along the way. There was little time left for the magazine. After finishing the entire seventh issue of the magazine alone, typing every letter and editing each photo, Matic decided it was time to shut down the magazine and completely focus on development boards. He spent his entire savings to open a company he named after the magazine - MikroElektronika. The new era had begun, and he couldn’t dream where it would take him and how big the company will become. One of the first boards developed by the company was PIC-Easy - the next-generation board for popular PIC microcontrollers.